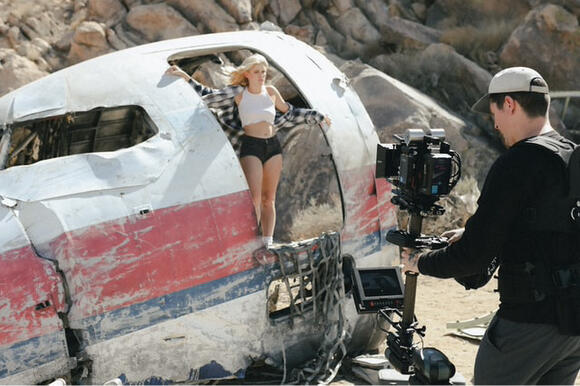 Several famous movies and movie scenes have been filmed in South Carolina over the years. Palmetto State has filmed more than 100 feature films and another 100 made-for-television films. Although, over time, many diverse films have been produced here.

Here are some of the famous movies and films set in South Carolina:

On Halloween, still living in dread of having to face Michael, the person who has destroyed her life, lucky survivor Laurie Strode has been bracing herself up for the past forty years for yet another encounter with the maniacal serial killer. And, in 2018, four painful decades after the bloodbath in Haddonfield and the shocking events of Halloween (1978), her fears come true, as Myers escapes from the custody of Dr. Sartain in Smith's Grove Sanitarium. Now, Michael's butcher knife has the final say, and even though no one seems to believe in the existence of pure evil, Laurie is determined to stand up for herself and rid the town's nightmare once and for all. But has she has what it takes to confront the Boogeyman?

Sophie and the Rising Sun is set in Salty Creek. The movie tells the story of two interracial lovers caught up in the wave of history in the autumn of 1941 in a fishing village in South Carolina. As World War II rages in Europe, a wounded stranger, Mr. Ohta, appears in the town under mysterious circumstances. Sophie, a native of Salty Creek, quickly becomes transfixed by Mr. Ohta, and a friendship born of their mutual love of art blossoms into a delicate and forbidden courtship. However, the war escalates tragically as the secret relationship evolves. When Pearl Harbor is bombed, a surge of misguided patriotism, bigotry, and violence sweeps through the town, threatening Mr. Ohta's life. A trio of women, each with her secrets - Sophie, along with the town matriarch and her housekeeper - rejects law and propriety, risking their lives with their actions.

Dear John talks about the distance and time take a toll on relationships in this bittersweet account. On leave, John Tyree, a soldier in the US Army, meets Savannah Curtis. They spent two weeks together before she returned to school, and he returned to duty. They maintain their relationship through letters until 9/11 when John re-enlists. As Savannah becomes more attached to a familiar face back home, she cannot take all this time apart. After a family emergency, John returns home and faces life without Savannah, until finally, they have hope for a future together.

What can you say about these movies? Please share your thoughts in the comment section below! Would love to read from you.