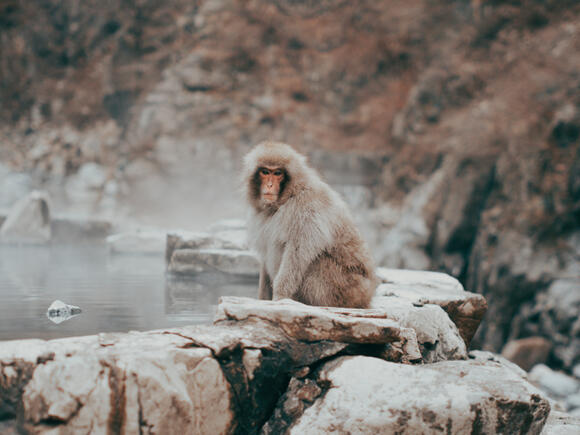 The next time you watch a film shot in Maine, look closely. The state of Maine isn't just a backdrop in most of those films—the landscape itself is often what's known as a "third character" as it often mirrors the film's mood. Maine has been making movies for over a century. You can also tour the locations of many of the state's most well-known films and T.V. productions. You'll follow in the footsteps of such famous actors like Paul Newman, Ed Harris, Sissy Spacek, Michael Caine, Charlize Theron, Tom Wilkinson, and Tobey Maguire.

Here are three of the famous movies and films set in Maine which you should watch:

Blow the Man Down features Maine's rocky coast and a remote fishing village. The bonds between residents of this small town are as deep as the ocean, and the secrets are thick as the morning fog. Many men take to the seas every day for their daily catch, while a few women serve as the community's powerful yet discrete operators. Although the self-interested code of the old guard has ruled for years, our story takes place as the tides are turning in Easter Cove. Mary Beth and Priscilla, her daughters, face an uncertain future after their mother's passing, haunted by unpaid bills and loans left behind. When Priscilla takes over the family fish shop, her younger sister Mary Beth refuses to take on the new responsibilities. As a result, Mary Beth and Priscilla are at odds, and Mary Beth is determined to leave town - even if it means abandoning Priscilla. Meanwhile, across town, in a bed and breakfast-turned-brothel, established town elder and madame Enid Nora Devlin deals with two big problems: $50K in cash has been stolen, and one of her girls, Dee, is missing.

Astaea (I) happens after a disease nearly wipes out the human race. Telepathic teenager Astraea believes she sees survivors living in Northern Canada. She embarks on a five-thousand-mile journey with her doubting brother through a silent America and into the snowbound wilderness, hoping to rebuild her life. Instead, they encounter another couple living on a remote Maine lake who are homesteading on account of her prophecy. The grief and complexity of communal living, as well as the excitement and comfort it brings, pits itself against Astraea's desire to keep moving and find her family. The film Astraea shows not what humanity is running from but what it is running toward.

Maineland features Stella and Harry are affluent, cosmopolitan teenagers who are part of the rush of "parachute students" from China enrolling at U.S. private schools. A coming-of-age tale set in China and the United States, MAINELAND follows a buoyant girl and introspective boy as they settle into a boarding school in a small blue-collar town in rural Maine. Moreover, they travel to the U.S. in search of Western-style education, an escape from the dreaded Chinese college entrance exam, and a Hollywood-style high school experience. But as their visions of the American dream become more transparent, their relationship with home takes on a surprising new dimension.

Bonus: Here are more movies and films set in Maine:

Do you know more movies that were set in Maine? Please comment on them down!