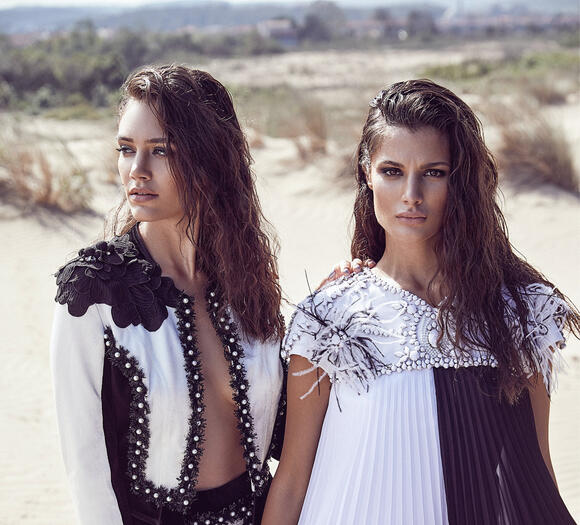 With picture-perfect sunsets, palm tree-lined beaches, and stunning locations, there's no wonder that there are so many filmmakers who want to make movies in Florida! Whether you're after a fun chick flick, a thriller that will keep you on your toes, an action that will leave your heart racing, or a movie that will make you laugh or cry, there is a movie set in Florida out there for you. The list is pretty endless!

Here are 3 famous movies and films set in Florida:

Big Trouble is about Matt Arnold, who has to "shoot" Jenny Herk with a squirt gun in the high-school game Killer (in which students shoot each other with squirt guns). He decides to sneak up on her at home. As a coincidence, assassins are also seeking to kill Arthur Herk, who hid company funds by embezzling them. Monica and Walter are called out to the scene when the fake assassination attempt crosses paths with the real one. As Matt and Jenny feel attracted to one another, Eliot Arnold, Matt's father, who was contacted by Matt's friend, Andrew, is also simultaneously attracted to Anne Herk (Jenny's mother). In the meantime, Nina, the Mexican housemaid of the Herks, falls in love with Puggy, a man who lives in a tree on the Herks' property, after she runs from the shootings and he saves her from the hitmen.

As Arthur realizes he is the intended victim, he visits arms dealers searching for a weapon but ends up with a nuclear bomb in a suitcase. Snake and Eddie, who was previously kicked out of a bar named the Jolly Jackal for disorderly conduct, hold up the bar and kidnap Arthur and Puggy (an employee there) for the suitcase, not realizing what's in it.

Wild Things revolves around Sam Lombardo, the well-liked guidance counselor and a sailing instructor at Blue Bay High School just outside Miami, who has recently been named educator of the year. The student body of the school is primarily the offspring of the country club set. While he helps any student he can, Sam especially tries to mentor disadvantaged students, such as Jimmy Leach, who would not have been able to afford otherwise to be in the sailing program. The tough Suzie Toller, a proverbial swamp girl who he's helped through a few scrapes with the law in the absence of any parents, Suzie living with her streetwise grandmother Ruby at an alligator sideshow zoo. Although not socioeconomically part of that country club set himself, he nonetheless has ingratiate himself within it. He has slept with a good number of the country club maidens. He currently settled into a relationship with Barbara Baxter, the well-off daughter of high-powered lawyer Tom Baxter.

Apollo 13 is based on actual events of one of the worst NASA tragedies. In 1971, NASA planned to send out people to the Moon for a lunar mission. They have chosen astronauts Jim Lovell, Frad Haise, and Jack Swigert. They have launched into outer space successfully. However, a slight fault from inside the space module caused an explosion that turned the exploration into a test for survival for Apollo 13. While Loveel, Haise, and Swigert try to survive in space, the workers at NASA (including Ken Mattingly) try to figure out how to get the astronauts home safely.

What can you say about these movies? Please let us know if you know more films shot in Florida! Hit the comment section below!