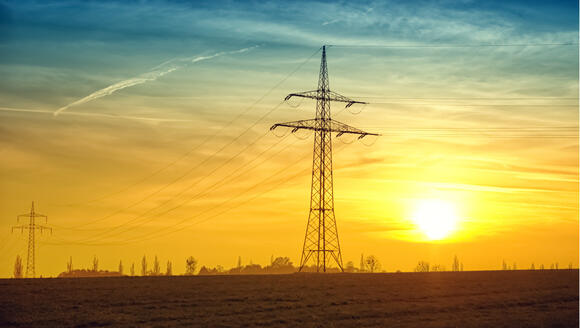 A stock photo depicting energy transmission towers on the field during sunset.Pixabay / Pexels

The Electric Reliability Council of Texas (ERCOT) has asked the state residents to scale back on their energy consumption as the current system remains under severe pressure.

It is not the first time ERCOT warned of potential grid issues as temperatures in the state reached near-record highs.

The agency asked generators last week to postpone scheduled maintenance and keep power plants running to meet the high demand and blamed this on the "unusually warm weather" forecast.

Since the Texas electric grid failed during last year's winter storm, leaving millions without power for days at a time, the agency has faced criticism and lawsuits.

Over a hundred people died as a result of the power outage, despite the fact that this number has been estimated to be higher than double that confirmed figure.

This past Monday, power consumption on Monday reached 71,000 megawatts, a record for May, prompting generators to put off scheduled maintenance and keep power plants operating to meet the high demand.

In an article published by The Courier, experts were quoted saying:

Power companies have traditionally scheduled maintenance in the spring, when temperatures are mild, to prepare for the stress of summer when demand in Texas is at its highest. But increasingly, extreme weather is occurring at all times of the year, disrupting normal maintenance schedules".

Candidate Beto O'Rourke took to his Twitter account to slam Governor Greg Abbott's office, saying that the Governor still cannot keep the power running in the "energy capital of the world."

He added that when he is the Governor of Texas, he will work on fixing grids while lowering energy bills and his supporters acknowledged this moment.

A stock photo of a high angle view of a handgun with a gavel on an American Flag.Eduardo Gonzalez Diaz / Getty Images. Residents of Texas have taken to social media to express their concerns over gun control laws following an elementary school shooting incident that left 14 pupils and one teacher dead in Uvalde, Texas.

A political action committee linked to Governor DeSantis has deleted a document showing a database of campaign contributions from its site -- donations from Disney and other donors were on the list.

The Texas shooting that left 14 students dead and a teacher makes it the 27th school shooting incident to have occurred in the United States this year. Crime scene tape at a school in Texas.Scott Olson / Getty Images: AFP.

Governor Abbott wants a third term in office, but 53% of those polled disapproved of his leadership

The internet has slammed Republican lawmakers for voting against an emergency fund worth $28 million that was meant to address the baby formula shortage. Shelves normally meant for baby formula sit nearly empty at a store in downtown Washington, DC, on May 22, 2022.Samuel Corum / AFP.

Editor's Note: This piece has been amended to reflect Governor DeSantis and Governor Abbott's performance. Governor Charlie Baker has garnered a higher approval rating than other Republican leaders. He is also said to be more popular among democrats -- making him the only Republican governor to amass this public following. Columnists argue why the GOPs are not considering him for the oval office.

Despite placing 27th on the approval leaderboard among other governors, Abbott will likely get re-elected this year

Governor Greg DeSantis will likely get re-elected this year after placing number 27 on the approval rating survey with 41%, way below the Florida governor. Despite this, Governor Abbott could potentially get re-elected.

A document that a Republican Lawmaker has shared has reportedly alleged how Governor DeSantis' backing of Russian President Putin led to a loss of Florida's $200 million in Retirement Funds.

Over 60% of voters across the city of Los Angeles are saying that homelessness is a top priority in the upcoming mayoral race, a poll by the Institute of Governmental Studies at the University of California has shown.

Everyone has their idea of how to eradicate LA homelessness, but they don't seem to agree on one clear plan

Every candidate vying for the seat of becoming the mayor of Los Angeles has their idea of how to rid the city of homelessness. However, all of them have different ideas that clash.

Since 1999, Betsy DeVos' family has reportedly donated almost $200 million as regular donors to several Republican leaders who preceded Governor DeSantis -- including the governor himself.

Texas will see state health, justice, public after, and other departments receive trimmed funding due to half a billion that has to go towards his border control plan called Operation Lone Star.

Governor Chalie Baker has received the highest approval rating of 74% compared to other governors seeking another term. However, he has decided not to run for re-election. Massachusetts Governor Charlie Baker.The New England Council / Flickr.

Despite placing 22nd on the approval leaderboard among other governors, DeSantis will likely get re-elected this year

Governor Ron DeSantis will likely get re-elected this year after placing number 22 on the approval rating survey with 56%, mainly because of his influence and the massive financial capital he has behind him.

Governor Abbott's Texas border control proclamation has resulted in not a single migrant being detained, and up to so far, there has not been any illegal drug seizure. This is after costing taxpayers over $4 billion, a report has found.

A pileup of dog poop could see the Department of Sanitation fine respective pet owners $250 for not picking up after a "mess" has been made in public during walks. A stock photo depicting dogs during walks with a carer.Mustafa Sabri Soymaç / Pexels.

After being allowed to clear off $2.3 billion in illegal PUA claims, Baker files $3.5 billion legislation to create jobs

Following news that the residents of Massachusetts who illegally claimed unemployment benefits during the pandemic will be receiving full or partial financial relief, Governor Baker's administration has unveiled a new job creation plan worth $3.5 billion.

Abbott says property tax reduction will be his top priority next year, Democrat nominee blames him for Texas' inflation

Disney contributes $5.8billion to Florida's state revenue, DeSantis is risking all of it plus almost 500k jobs - critics

Critics are saying Governor DeSantis is risking a total of $5.8 billion in Florida state tax revenue that is being contributed by Disney, along with almost 500,000 jobs in the whole tourism centre.