Harry Styles' concert could be hit with a $5,000 fine if found guilty of mandating Covid vaccine at his Florida concert 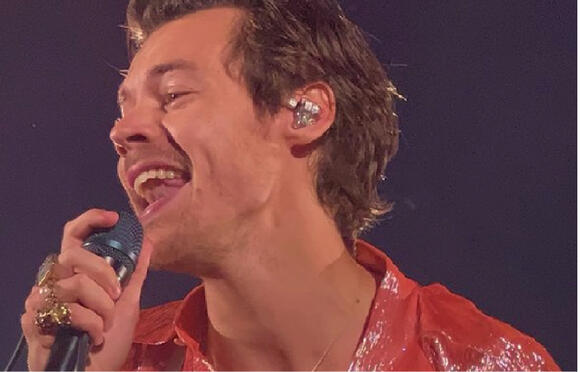 Singer, songwriter and actor, Harry Edward Style's tour, had a circle in Florida on Thursday, October 7, 2021, he performed at the Orlando arena.

Harry Styles tour's policy requires attendees to either be vaccinated or have a negative PCR test before attending the concert.

According to a spokesperson for Amway Centre, Styles' concert did indeed uphold this policy at its Florida circuit show.

When asked if establishments that allowed a testing option in addition to a vaccine requirement were breaking or complying with the law, she gave a contradictory comment was given.

In her words, she said:

"Other Covid-19 protocols are not necessarily prohibited. And an investigation is not a finding of a violation".

This further means that businesses can mandate vaccines or have the weekly PCR test rule in place, and they would not be breaking any laws.

If the investigation by the state health department does indeed find that Styles' tour prioritised the vaccine over negative PCR tests, then they could be fined $5,000.

The Department of Health in Florida warned against requiring proof of Covid-19 vaccine from residents, employees or guests from September 15, 2021.

A bill was passed by the Republican-Led legislature at the beginning of the year that banned establishments from requiring proof of vaccine.

This bill was signed into law early May by Governor Ron DeSantis, and with that, the state's Department of Health was given leeways to issue fines.

On August 27, the Department at hand then filed a rule explaining how they would enforce the measure.

The $5,000 fine will either be per individual or separate violation, with violators being issued a notice to appeal the fine.

However, as soon as a fine is finalised, charged parties will have 30 days to pay, and it is not clear what would happen should any entity not pay the fine.

Is Harry Styles the only one who could potentially be issued with a fine?

At least 120 more businesses, including events in Florida and upcoming ones, could be hit with major fines for mandating vaccines.

Here are all the establishments that have been slapped with a fine according to Forbes:

These businesses and the events industry were the hardest-hit areas due to Covid-19, and the different waves exacerbated sectors that were already ailing.

A large majority of them are also crucial in boosting Florida's tourism industry, which is having a hard time growing and rebuilding.

Democrats have accused Governor DeSantis of continuing to hurt and punish these businesses when he claims to support them.

What do you think? Are the fines reasonable? If businesses and their employees don't have issues with the vaccine mandates, shouldn't they be allowed to implement the protocol? What are your thoughts? Let me know in the comments. And if you think more people should read this article, share it on social media.

The number of coronavirus deaths in Florida could potentially be higher than the official figure of fatalities that are being reported. Health care workers out a hospital in FloridaMaria Alejandra Cardona / Reuters.

The United States Justice Department, the Federal Bureau of Investigation, and the Department of Homeland Security, including the Secret Service, are being proposed to assist schools under threat for implementing Covid-19 protocols.

U.S. Attorney General Merrick Garland has vowed to get the FBI involved in the currently brewing war between Governor DeSantis (plus his supporters), and various Florida schools.

Leon County has been slapped with a $3.57 million fine for mandating vaccines on its administrative employees. Here's everything you need to know about this amount and the legalities involved.

Did Anti-Vaxxer Allen West infect everyone with Covid at the Lakewood Yacht Club, or was he infected there? Let's unpack

Republican Allen West attended a super-spreader event on October 7, 2021, and two days later shared in a string of tweets that he had tested positive with Covid-19 pneumonia. The Mission Generation Annual Gala & Fundraiser event.@AllenWest/Twitter.

Governor Ron DeSantis' is forcing schools with the highest coronavirus cases across Florida to halt their safety protocols or lose their funding. The state of Florida has suspended funding for schools that mandated Covid-19 safety protocols to mitigate the spread of the virus.

The mayor of Texas is allegedly not concerned about coronavirus cases that will come out of the ACL Music Festival. Austin, Texas mayor Steve Adler.Philippe Lopez / AFP. The Austin City Lights (ACL) music festival entered its second week, which saw the same heavy crowd present.

Digital vaccine stock photo for travelingOlya Kobruseva/Pexels. The tourism industry in Florida has taken a massive knock due to the coronavirus pandemic, with several agencies requiring cash boost to continue working on how best to rebuild, post the recent wave of the delta variant.

You can make $10,000 for suing doctors who perform abortions in Texas, thanks to the latest federal appeals court ruling

The latest U.S. federal appeals court ruling on abortions in Texas will allow residents to be rewarded with $10,000 for initiating lawsuits against doctors who perform abortions.

Governor Ron DeSantis will likely get re-elected in 2022's elections given his profile among republicans across Florida. The governor led Florida throughout the coronavirus pandemic and currently working on securing monoclonal Covid-treatment.

Democratic members have popularly been calling governor Ron "DeathSantis" and a lot of people are aware that the name was derived from Florida Covid-19 deaths. But there is more...

The Austin City Limits Music Festival became a coronavirus super-spreader event during its opening weekend as tens of thousands of music fans showed up to support their favourite artists.

Thousands of children across Florida are reportedly suffering from the lingering side effects of the novel coronavirus post healing from it. Or so, they thought. Students line up in the morning as school fully reopen for in-person learning.Michael Loccisano / AFP.

'The worse we make him look, the better his chances are' - Experts on possibility of DeSantis contending Biden in 2024

Florida Governor Ron DeSantis' political profile has increased tremendously among republicans, with many saying that he would be an excellent contender to U.S. President Joe Biden.