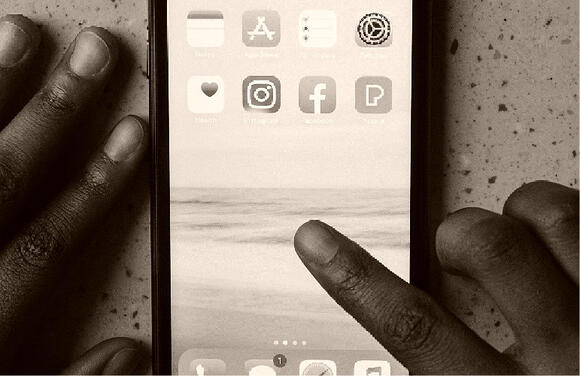 A view of a user using Instagram & FacebookCotton Bro / Pexels

Facebook Inc has sought to invest over $1 billion to support content creators through the end of 2022, the social media giant said Wednesday.

The aim of the company is to compete with platforms like TikTok and YouTube for the attention of top social media personalities and to stay ahead of the game.

The investments will include bonus programs to pay creators who hit certain milestones on its apps, including photo-sharing network Instagram, and fund users to produce content, Facebook said.

On Facebook, video creators and online gamers will receive a monthly bonus if they hit milestones for earnings Stars.

Stars milestones are a form of digital tipping that fans can use to pay their favorite creators during live-streamed videos.

Instagram's bonus programs will include incentives to use Reels - its copycat TikTok feature that showcases short-form video clips.

Creators will earn money based on how their Reels videos perform, the company said.

Instagram says ut wants to be be a great social media platform that is 'more than just pictures' according to its head.

However, long-time users of the platform reiterated that it is lost at the moment with:

It is unclear if the tech giant will someday find ways to consolidate all these half-finished features, or if they will continue adapting.

At this current state, it seems like Facebook Inc wallet to court creators as rival social media platforms are wooing top influencers with millions of fans.

TikTok has committed to spending $2 billion to support creators over three years, while Snap Inc's Snapchat previously paid creators a total of $1 million per day to post popular short-form videos on its service.

Technology is ever-changing and social media is constantly adapting, it is no surprise that both Facebook and Instagram are dedicated to staying on top of the game.

As children continue to receive their Covid inoculations, there have been talks about Myocarditis. What these talks do not seem to talk about is a child's history with heart issues. Here's everything that you need to know:

The pressure that hospitals across Texas were under according to a report from ABC News, led to massive spending of $7 billion in federal money to assist the state's health care system in managing the novel coronavirus.

Travis Scott was spotted outside two days before Thanksgiving for the first since the events of the Astroworld Music Festival, which resulted in 10 people dying and at least 300 more wounded.

Fourth state-wide Stimulus Check yet to be confirmed in Texas

The fourth monetary incentive from the state of Texas is yet to be confirmed, prompting one to wonder what the hold up is given how other states are ahead of this. The United States currency, American Dollars.Suresh Kumar / Flickr.

Omicron variant earns the Southern Africa region a travel ban following Fauci's meeting with them. Here's what we know

The United State slapped the Southern Africa region with a travel ban on Friday, following a meeting between Dr. Anthony Fauci and his team with the South African Health Ministry pertaining to the Omicron variant. Here's a recap of everything:

In Case You Missed It: Travis Scott's attorneys were upset about comments made by the Chief of Houston Police Department

One of the vital counterattack points that people could have missed was Travis Scott's lawyers being upset over comments that were made by the Chief of Police in Houston, Texas.

Tapelia and Ole Ole's ownership group Lincoln Theatre says it did not know those past violations that were resolved or dismissed would lead to their permits not being renewed. Outside shot of Tapelia restaurant in Miami, Florida.Trip Advisor / Supplied.

Concerns about why a super-spreader event like Astroworld was allowed to happen in the middle of a pandemic remains.

There has been a concern as to why the Astroworld Music Festival with over 50,000 attendees was allowed during the Covid-19 pandemic. Fans attend the Astroworld Fest 2021 at NRG Park on November 5, 2021 in Texas.Omar Vega / Gallo Images.

Texas Governor Greg Abbott has not commented anything on a petition that went up, asking for the governor to ban Travis Scott from performing across the state for the foreseeable future.

A large majority of residents across Texas want Governor Greg Abbott to review and limit age restrictions for all concerts attendees across the state. Astroworld 2021 Music festival at NRG Park.Rick Kern / Gallo Images.

Kyle Green, who was left paralyzed at a Travis Scott concert in 2017, speaks out on the Astroworld tragedy.

The then 23-year-old Kyle Green, who was paralyzed after attending a Travis Scott concert in 2017, has spoken out about the Astroworld Music Festival events. Kyle Green who got massively injured at a Travis concert.Supplied.

Analysis: Bankruptcy Chapter 7 or 13 can help Travis Scott avoid dealing with all lawsuits pertaining to Astroworld

Following the Astroworld tragedy, Travis Scott faces over 130 lawsuits amounting to $2 billion. Given the artist's $60 Million net worth, legal experts speculate that the only way to get out of those suits is to file for Chapter 7 or 13 Bankruptcy. This analysis is going to offer insights into how this can be possible.

Florida Governor Ron DeSantis has received backlash for using a Grade 2 pupil who was suspended at least 38 times for refusing to wear a mask, to push Covid-19 vaccine politics.

Fans of rapper Travis Scott have been slammed by critiques online for causing the events of Astroworld Music Festival, and then suing the artist received a vast amount of criticism.

Apple's "Music" brand is finally being sued for continuing to stream the Astroworld Music Festival for at least 30 minutes after the event had been declared a casualty. Travis Scott's Astroworld poster@trvisXX / Twitter.

Florida residents have been advised by meteorologists to remain indoors due to more rains being expected, following the heavy rains that were experienced in Miami. The central boarding district of Miami, Florida, experienced flooding that rampaged the streets and then damaged the city's infrastructure in the process.