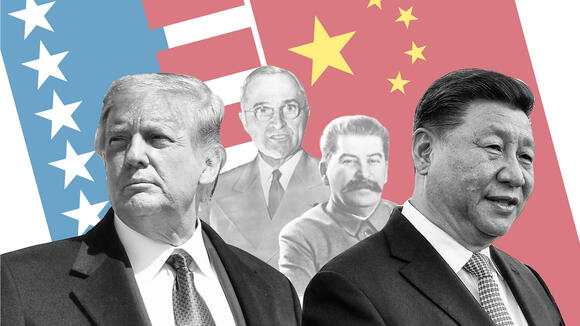 US-China tensions were bound to worsen but not so sharply had it not been for the alarm bells sounded by Trump largely for political reasons. But in so doing he stoked some of the policy issues that had been simmering for long. Factories and jobs were going to China causing unemployment and lower wages for American workers. According to a June 17 article in ‘Foreign Affairs’ by Senator Bernie Sanders 40,000 factories had closed down and two million jobs lost in the past two decades in the US. The American corporate sector had its own litany of complaints against Beijing regarding discrimination, ‘theft’ of technology, and lack of transparency.

The US felt its geopolitical hegemony under threat, its economy being gamed by China to its advantage, and its technological superiority being eroded. And these are all issues impacting the ordinary public as much as the American corporate sector; and the strategic community – some of it clued to the military industrial complex – worried about the diminishing US global leadership.

President Xi’s hyper nationalism and China’s meteoric rise had begun to shake many of America’s assumptions of a peaceful rise of China. The fact is that China’s rise has been so rapid that the gap between the US and China is narrowing fast, making it look as if the US is declining. That has raised a media and think tank maelstrom pushing politics ahead of policy. Aggravating the politics are public perceptions of China which have darkened especially because of Covid-19. The latest Gallup poll shows nearly 80 percent of Americans hold unfavorable views of China.

The politics of the China issue has become so radicalized that Biden cannot walk away from it without a backlash. In fact, he has found it useful to serve his core domestic and foreign policies. At home, he has presented a massive spending bill containing revolutionary ideas about the socio-economic renewal of America with a special emphasis on education, family welfare, climate and infrastructure. He is justifying this gigantic financial layout on one seductive argument – that the US wants to compete with China. If it does not it would be left behind.

As for his foreign policy, Biden has billed it as a foreign policy for the middle class – which means protecting American jobs and factories by restoring balance in trade and investment relations with China, developing supply chains and safeguarding American technological superiority. A core feature of his foreign policy is to reassert US leadership, especially of the transatlantic alliance. What better issue to rally the allies around Washington than the China scare and what better arguments to make than the defence of Western democratic values which evokes strong public emotions?

China too benefits from this hype and is painting the US as an implacable adversary. Perceived threat from the US helps Xi domestically to unleash hyper nationalism and thus consolidate his own power and the position of CCP. So, both China and the US are exaggerating each other as threats for political purposes.

When politics has served its ends what Biden policy might emerge from this complex of confusion? That the US has to get tough with China to get better terms but not cut off economic and trade cooperation. And not just the US’s but global prosperity is very much dependent on China. Mutual trade between the US and China stands at around $600 billion, and their mutual FDIs are equally massive. China holds more than one trillion dollars of US treasuries. With a staggering amount of debt being incurred by Biden for his vast spending programme, he can ill afford to endanger economic ties with China. Decoupling is a fantasy.

There is an exceptional need to cooperate with China also in addressing shared global challenges. There are thus elements of competition, rivalry, cooperation and confrontation in the complex US-China relationship operating in an ever more interdependent world. Boris Johnson was right in saying on the eve of the recent Nato summit that “When it comes to China, I don’t think anybody wants to descend into a new cold war.”

Jack Sullivan said after the G7 Summit that the China strategy is: “don’t try to push towards confrontation or conflict, but be prepared to try to rally allies and partners toward what is going to be tough competition in the years ahead – and that’s in the security domain as it is in the economic and technological domains.”

The bottom line is that the days of an unconditional US engagement with China are over. The US is exploring a new approach that seeks China’s integration but places much greater conditionality on the relationship, and is prepared for other outcomes. While the dominant theme would be competition, it would not mean to bring China down but to show the US to be a better alternative than China. The proposed Build Back Better World (B3W) initiative to fund infrastructure is one such idea. The fact that it will focus on development areas that are different from those of the BRI makes it complementary not exclusivist.

In a recent article in ‘Foreign Policy’ Chairman of the US House Foreign Affairs Gregory Meeks Committee says: “with a United States retreating behind its own borders, it is hard to be critical of governments willing to take the only offer on the table.” He also made the point that “it would be a mistake to view the developing world solely through the prism of great-power competition with Russia and China”.

Where does the Indo-Pacific strategy fit in all this? The Indo-Pacific strategy is basically a means to maintain American dominance of Asia and act as a hedge, pressure point and leverage against any future aggressiveness by China. Washington knows Pakistan will never join this strategy. But what Washington might do is to try to prevent Pakistan from undermining it. To this end, Washington might encourage reduction of India-Pakistan tensions that will help the Indo-Pacific strategy as it would lift the two front dilemma for India. If so, the US is unlikely to undermine Pakistan’s relations with China. Indeed, to a certain extent this relationship suits the US in addressing some of the shared US-China security interests in the region – particularly in Afghanistan.

Instability in Afghanistan can seriously affect China’s internal security and hamper the BRI while fostering forces that threaten US and global security. Both the US and China might therefore need Pakistan's help for their own purposes.

To reap economic benefits, countries – while strengthening or loosening their traditional ties – are seeking new friendships and multiplying relationships. And that is the world Pakistan has to adjust to. It can do so only by a sustained process of self-strengthening. Simply worrying about a new cold war will not help.

The writer, a former ambassador, is adjunct professor at Georgetown University and senior visiting research fellow at the National University of Singapore.