I provide health, fitness, and yoga-related tips and tricks for a healthy and successful life. 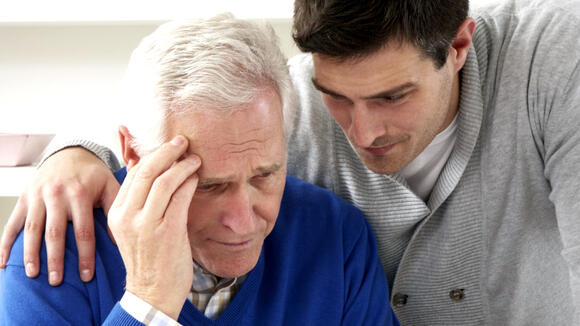 The symptoms that appear in the beginning are age-related or due to stress, it is believed.

10 to 25 percent of Alzheimer's patients suffer from hallucinations and delusions. This disease is associated with many other symptoms such as psychosis, depression, excitement.

Patients who have disorders such as mental illness are also prone to amnesia and such patients often suffer from depression and frustration. Their behavior and personality keep on changing, even they are not able to take care of themselves properly. Irritability in nature, sleeplessness even after lying in bed for hours are some of the major symptoms, which are commonly seen in the onset of Alzheimer's disease.

There is no specific therapy for Alzheimer's disease. Some medicines can control it and prevent it from becoming serious. The level of acetylcholine in the brain of Alzheimer's sufferers should be controlled. The sooner this disease is detected, the easier its treatment will be.

Till now, medicines like Donepezil are administered to patients at the beginning of the disease or only to overcome the problem of memory. There is some relief from this medicine.

Nowadays, a Chinese herb called Ginkgo Biloba is also being used extensively in neurological diseases, which has been seen to have a direct effect on brain cells.

1. Chemotherapy – Medhya Rasayana and Achar Rasayana are used in Alzheimer's disease. Maharishi Charak has given 4 herbal remedies – Mandukaparni, Yashtimadhu, Guduchi, and Shankhpushpi. Of these, the juice of Mandukaparni and Guduchi is used. Yashtimadhu is taken with milk and the whole plant (including root and fruit) of Shankhpushpi is crushed and used.

2. Turmeric – By its consumption, memory remains fine in old age and old age does not show its effect fast. Modern discoveries have also proved this point to be true. Turmeric, which contains a bioactive chemical called curcumin, has a very positive effect on brain cells.

3. Ashwagandha – The bioactive chemicals of Ashwagandha have many properties such as antioxidant, anti-inflammatory, diuretic, antibiotic, antiviral, and antifungal that strengthen immunity. Due to its consumption, new blood starts forming in the body. Its effect has also been seen directly on the endocrine glands of the body. All these properties of Ashwagandha help in keeping the person safe from old age diseases.

4. Saffron – Taking 125 mg of saffron with lukewarm ghee and sugar is beneficial.

5. Vacha (Acorus calamus) - Take 1-1 spoon powder of Vacha root with cow's ghee or honey in the morning and evening.

6. Brahmi – Take 1 spoon of Brahmi Ghrita with milk in the morning or 30 ml juice of Brahmi and Mandukaparni with honey on an empty stomach in the morning. The effect of Brahmi is more on Neuro Humorsacetylcholine, Acetylase-Cholinesterase.

7. Amla (Gooseberry) – Use Amla in the form of marmalade, pickle, salad, or vegetable.

8. Brahmi - Grind 6 grams Brahmi (dried in the shade), 6 almonds, and half a gram of black pepper in water and take it with sugar in the morning on an empty stomach for 2 weeks continuously.

10. Panchakarma - The patient of Alzheimer's gets benefits from Snehana, Swedana, Brihan Basti, Shirodhara-Shirobasti, and Nasyakarma. Shirodhara and Nasya Kriya is performed for at least 21 days. Jyotishmati and Brahmi oil are used for Shirodhara and for Nasya, Brihan Nasya like – Anu oil, Panchendriyavardhan oil, or Shadbindu oil are used. In old age, there is constant relaxation of the mind and memory remains good.

I provide health, fitness, and yoga-related tips and tricks for a healthy and successful life.

To avoid heart diseases, it is important to keep blood pressure under control. Control the factors that increase blood pressure. High blood pressure can be made normal by gradually reducing it, especially by making lifestyle improvements. The following measures should be taken to normalize it –

The risk of heart attack is increasing in the Youth

heart attack in youthPhotographee.eu/Shutterstock.com. An unhealthy lifestyle is also proving to be the biggest reason for the increasing heart attacks among the youth. According to the Heart Association, 20 to 25 percent of heart attack cases are under 40 years of age.

Does increasing salt in the diet increase Blood Pressure?

Whether it is called plain salt or sodium chloride, it is a well-known fact that salt has been popular since man became civilized. It has been used for centuries to enhance the taste of dishes. Salt is also used to maintain the color of any item or food item. If there was no salt, then according to the normal laws of biological evolution, our taste glands would have shrunk by now and the enjoyment of fast food, prepared foods, spicy things like pickles, chutneys would have been incomplete.

The pressure of blood flow from the heart to different parts of the body is called blood pressure. The fourth chamber of the heart pumps blood through the already clogged arteries, creating pressure that pushes the blood down to the lower extremities when the ventricle constricts, resulting in a second blood flow. In this way, there is a continuous flow of blood throughout the body.

Protect our skin and beauty in summer naturally

It is difficult to maintain physical beauty and attractiveness in the summer season. Due to the scorching or hot air that blows in the summer, a person gets disturbed and suffers from many types of small and big diseases. Therefore, special care needs to be taken in diet and diet during the summer season. By taking a little carelessness, a person ruins his appearance and youth.

Problems like diarrhea, vomiting, and dehydration are more in the summer season. Too much sweating can sometimes lead to fatigue. In such a situation, weakness starts to be felt. To avoid these problems caused by heat, it is very important to take the right beverages. If the body remains cool, then health remains fine and these common problems caused by heat do not bother. Let us know about some such home remedies to drive away from the heat, by drinking which the body will get tremendous coolness. Also, the health problems caused due to heat will remain away.

Alzheimer's diet and its effective prevention?

With old age, the deficiency of many essential nutrients and vitamins in the body leads to diseases like Alzheimer's, so it is necessary to consume a balanced and nutritious diet.

Oats are one of the most amazing whole-grain cereals that are gluten-free. The best part is that there is a lot of fiber inside it, which is called beta-glucan. If we talk about 100 grams of oats, then it contains 11 grams of fiber. Beta-glucan is a fiber that is very amazing for cholesterol because it binds with the bad cholesterol in our body and excretes it from our body.

10 simple ways to be happy forever

Today's life is busy and hectic. Sometimes it seems that moments of happiness and joy are lost somewhere in this hustle and bustle, but if one is to be successful and move forward, then the busyness cannot be reduced. If nature has prescribed a day of 24 hours, It too will not break its law. That is, whatever we have to do, we have to do it within the periphery of these 24 hours. But if we are not able to experience happiness to get success or even after success, then our progress is of no use. Come, let us know those ways to be happy even in the busyness of modern life, which will make every difficulty seem easy.

Add water, vanilla essence, few drops of yellow color, and mix well in a bowl. Then add rice flour and cornstarch. Mix well. Heat milk in a pan, bring it to a boil, add sugar and stir till it dissolves.

Risk and causes of obesity in children

How does mental stress affect physical and mental health?

Teen girl having panic attack, feeling dizzy headacheyanalya/freepik.com. According to the survey of medical experts, today one in 15 people suffer from mental stress. In the modern environment with physical facilities, the number of patients with mental stress increases rapidly.

Senior female asian suffering from bad pain in his chest heart attack at homejcomp/freepik.com. Heart disease is the leading cause of death for men, women, and people of most racial and ethnic groups in the United States. About 655,000 Americans die from heart disease each year—that’s 1 in every 4 deaths.

Diabetes is a well-known disease in which the level of glucose in the blood increases and the cells of the body are unable to use the sugar. This disease occurs due to the deficiency of a chemical called 'insulin', which is secreted by the pancreatic gland in the body.

Simple and effective treatment of diabetes in a natural way

Complete set for glucose measurement (diabetes). Glucometer, lancing device, strips and lancets.Diabetesmagazijn.nl/unsplash. Diabetes is a common disease nowadays. 34.2 million people have diabetes (10.5% of the US population) and 88 million people aged 18 years or older have prediabetes (34.5% of the adult US population). Diabetes affects many parts of the body and is associated with serious complications, such as heart disease, stroke, blindness, kidney failure, and lower-limb amputation, among other conditions. Diabetes was the seventh leading cause of death in the United States in 2017 based on the 83,564 death certificates in which diabetes was listed as the underlying cause of death.