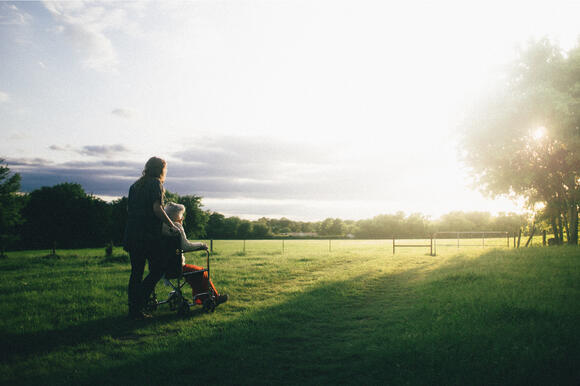 SAINT LOUIS, MO — In acknowledgment of World Elder Abuse Awareness day, the U.S. Attorney's Office said in a press release on Tuesday that they are committed to ensure the just treatment of all people and wants the public to be aware of the problem affecting communities throughout the Eastern District of Missouri.

World Elder Abuse Awareness Day was launched on June 15, 2006 to promote a better understanding of abuse and neglect of the elderly. Elder abuse takes many forms: neglect or isolation, physical abuse, sexual abuse, financial abuse and exploitation and emotional or psychological abuse.

It is estimated that 1 in 10 adults aged 60 years or older falls victim to some type of abuse every year in the United States. The costs of elder abuse are high not only for the affected individuals, but also the society. Older Americans’ losses can be tangible (homes and life savings) and intangible (dignity, independence and possibly their lives). For society, elder abuse is both a social and economic issue and it is in everyone’s interest to be mindful of and help prevent it, the press release writes.

Elder abuse is a form of interpersonal violence and commonly happens behind closed doors. The victims are usually reluctant to report their abuse, particularly if a family member is the perpetrator. Additionally, The victims may feel ashamed and embarrassed of having fallen victim to a financial scheme or to have been abused by a child.

Many elderly victims of abuse are also afraid that the family member who abuses them might risk criminal charges or force the victim to live in a nursing home. Some victims also fear that the abuse will get worse if they report it. It is up to the community to create a social environment that safeguards older adults and prevents this type of abuse from occurring.

Please call the Missouri Adult Abuse and Neglect Hotline at (800) 392-0210 or the National Elder Fraud Hotline at (833) FRAUD-11 if you suspect an older adult is being abused, neglected or exploited. Please dial 911 if you believe an older person is in a life-threatening situation.