St. Louis County Man pleads guilty to having a handgun 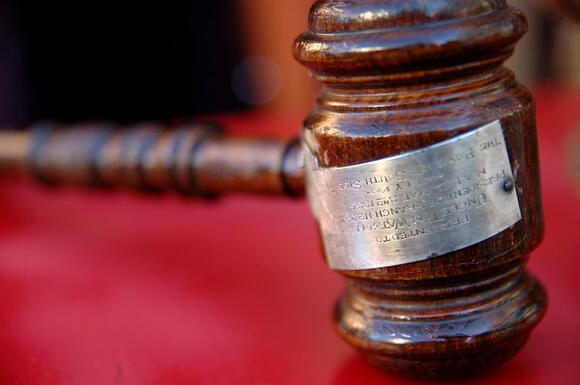 Officers were surveilling Phillips as part of a narcotics investigation on May 23, 2019. They discovered Phillips parking a car in the 2700 block of Blue Heron Drive in Florissant. He was driving his co-defendant, who was a passenger in the front seat. Officers approached Phillips and the co-defendant and arrested Phillips on a warrant for parole violation. Two bags containing suspected controlled substances after were discovered after searching Phillips. The officers also discovered a loaded 9mm Ruger handgun and three bags containing suspected controlled substances in a bag Phillips was carrying.

Officers then observed multiple bags containing pills, powders and rock-like substances, all of which were believed to be controlled substances, sitting on the center console of the car during interactions with Phillips and his co-defendant. An extensive examination of the vehicle revealed a bag tucked partially under the driver's seat, which was discovered by officers throughout their investigation. The bag turns out to contain a loaded 9mm handgun, multiple bags carrying suspected controlled narcotics, Phillips' identity and credit cards and other personal belongings. According to the results of laboratory testing, the suspected controlled substances were methamphetamine, fentanyl, heroin and morphine.

The St. Louis County Police Department investigated this case. Jennifer Szczucinski, an Assistant United States Attorney, is in charge of the case.