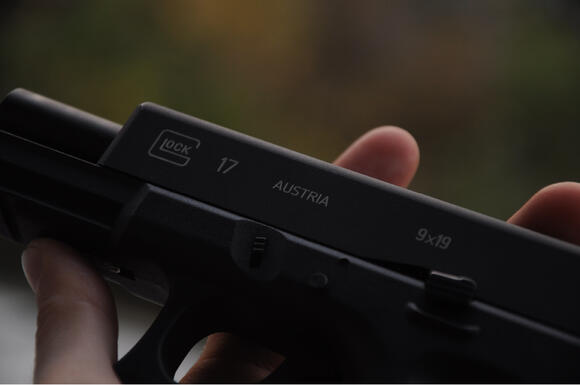 CAPE GIRARDEAU, MO — United States District Judge Matthew T. Schelp has sentenced a man from Cape Girardeau, Missouri, to 57 months in prison, according to a press release published by the U.S. Attorney’s Office Eastern District of Missouri on June 4.

Garrick B. Madison, age 25, pleaded guilty earlier this year in February to one count of being a felon in possession of a firearm.

Last year, on June 7, 2020, an officer from the Sikeston Department of Public Safety pulled over a vehicle for having a broken license plate lamp. During a consent search of the car, the officer found a black Remington pistol hidden under the passenger seat where Madison was sitting.

After asking the occupants of the vehicle who the firearm belonged to, Madison turned around, placed his hands behind his back and began walking toward the officer. The officer took this as a non-verbal admission that the gun belonged to Madison.

Madison had a prior criminal history that includes felony convictions for Unlawful Use of a Weapon and Resisting Arrest by Fleeing in Scott County, Missouri, and is prohibited from possessing firearms.

In 2016, the Sikeston Department of Public Safety received a call that a person was brandishing a weapon outside of the car window on a public street. Later an officer spotted the vehicle turning south on New Madrid Street from Kathleen.

Officers pursued the car when it refused to stop. After a short chase, officers arrested two men, Aaron Valentine and Garrick Madison.

This case was investigated by the Sikeston Department of Public Safety and the Bureau of Alcohol, Tobacco, Firearms, and Explosives (ATF). Assistant United States Attorney Julie Hunter handled the prosecution.

Upon release from imprisonment, Madison will be on supervised release for three years.