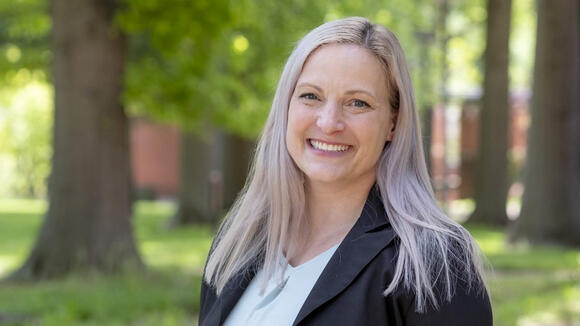 SAINT LOUIS, MO — The early days of administering vaccinations and coordinating for vaccinators are stressful and chaotic. In spite of that, the groups of the University of Missouri, St. Louis students and faculty members were able to give about 400 vaccinations a day.

Due to a lot of planning, they were able to serve approximately 1,000 daily vaccines by the end of the semester. Shawne Manies, College of Nursing director of clinical operations and assistant teaching professor, said that it was stressful, but it brought a good and positive impact to the community.

She felt thankful for the college’s partners and students when she counted the number of the school's vaccinations to send to the Missouri State Board of Nursing, and realized the UMSL vaccinators had managed about 25,000 shots in May.

The students had been at vaccine sites six days a week, covering more than 104 shifts and 832 positions.

“It’s been a lot of positive experiences,” she said. “It’s also been very hectic, as well, but in a really good way…” mentioned Manies.

The college’s vaccine effort has started in November with her reaching out to various hospital systems and health care partners to let them know that UMSL was ready to assist in the vaccine operation. Manies said that it was part of the UMSL to help the community in any way possible.

In January, she created a roster for the semester, putting students at various sites where they would be administering vaccines. It was hard to do at first as students need to do a lot of prep work and finished filling out paperwork. She mentioned that she tried to match the groups so that no group was administering vaccines too many times at the cost of their education.

One partner of the College of Nursing was the Christian Hospital where students were administered vaccinations 5 days a week. Initially, Christian Hospital had been having each student do every step of the vaccination process, from giving shots to updating profiles in the system. Then, Manies suggested dividing the task according to their specialty, and work got so much better.

In the end, the students learned more than just how to administer vaccines. They also learned the preparation, education, documentation and more.

She also encouraged students to volunteer at the vaccine clinics, just like what she did.

“Patients are almost at their best—they weren’t sick—when they came in,” she said. “We’ve had a lot of very emotional happenings with people, and they would be so excited to be there getting their injections. They hadn’t seen their family for over a year; they wanted to give their grandkids a hug; they wanted to be able to go out again. This was the first step in helping them succeed in that. There were quite a few happy tears.”