Hello, I'm Harrison, a writer for TwoSq Media; a contributor to NewsBreak. I analyze local news, business, and technology's influence on how we live our lives. I recently earned a Master of Business Administration from Morehead State University. 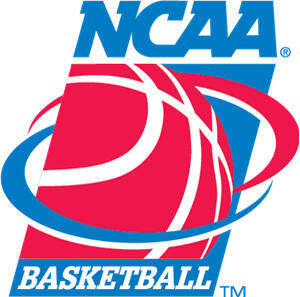 Becoming a sports agent used to be reserved for servicing deals of professional athletes including endorsement and other kinds of deals. Nowadays, the deals are coming to college athletes.

An unnamed 2023 college football recruit signs a name image and likeness (NIL) deal for $8 million, in May 2022. According to a report from Bleacher Report, a digital sports news website, this deal would be the largest NIL deal for a non-professional athlete to date.

It has long been illegal for a college athlete to conduct NIL deals while being a student. In fact, the National College Athletic Association (NCAA), suspended 8 University of Miami football players for receiving improper gifts in 2011, according to an Insider article.

On June 20, 2021, the NCAA President Mark Emmert, announced through an official press release that the NCAA passed an interim rule allowing college athletes to profit from their name, image, and likeness. He’s quoted in the release as saying,

This is an important day for college athletes since they all are now able to take advantage of name, image and likeness opportunities”

Since 2021, college athletes have been getting NIL deals with companies ranging from major brands like Kool-Aid, Buffalo Wild Wings all the way to local businesses.

GT Sports is a sports marketing company. Quinn Ewers was the #1 highschool draft pick in the nation and committed to Ohio State University, skipping his senior year of highschool. The NIL deal he signed was for three years of autograph signing with GT Sports.

Though NIL deals are legal, however most states do not allow deals with companies that are involved in gambling. Maximbet found an exception in the state of Colorado, and offered all college female athletes in the state an NIL deal.

The endorsement deal market has opened itself to US college athletes. While many of the nation’s top brands are fashioning these deals for athletes, many athletes and student families might not be aware of the new NCAA NIL allowance for athletes.

Where to start getting your NIL deal

Parents of, and college athletes can initiate their own deals, or respond to deals from companies. Further, in the interest of the athlete, there are many companies liaisoning the college athlete to the NIL deal. According to Nilnetwork.com a couple are:

98 Strong (founded by former college student athletes) has a mission to give the opportunity for athletes to profit from their name, image, and likeness, to all college athletes; even the 98% that won't go to the pros. 98strong provides the opportunity for college athletes to register at 98strong.com, and receive NIL deal offers directly to their inbox.

CleanKonnect’s mission is to get college athletes paid quickly and effectively, so they can focus on academics and sports. CleanKonnect provides proprietary insights to athletes' social media, to gain leverage for deals. CleanKonnect comes with an added bonus of free non-fungible token (NFT) creation for events like commitment signings.

Gifted is a service to get NIL deals for not only college athletes, but for

“individuals with gifted skills and mindsets.”

Each of the three companies offering NIL liaison services, provide them for free. These services are in the interest of the student athlete to profit from their names, image and likenesses.

This is the United States of America with all of its free-market freedoms. Therefore, if you would like to broker deals for college athletes, networking and portfolio presentation are important.

Hello, I'm Harrison, a writer for TwoSq Media; a contributor to NewsBreak. I analyze local news, business, and technology's influence on how we live our lives. I recently earned a Master of Business Administration from Morehead State University.

In an effort to get Americans COVID-19 tests at home, the Whitehouse has created a website to streamline the ordering and delivery process. The White House is getting free COVID-19 tests to American families. The orders should arrive to families within 7-12 days.Justin Sullivan/Getty Images.

Grants available for nonprofits, individuals, and businesses in Brooklyn, NY. Applications are open.

Grants are awarded in the good-faith of the recipient, in order to accomplish a goal of a grantor. Grants largely do not have to be paid back. Yet, they often are issued for specific purposes.

Monkeypox cases confirmed in the US and Europe

Health authorities in Massachusetts have confirmed a case of the rare illness, monkeypox. It is the first confirmed case of monkeypox in the US this year, according to The Washington Post (WAPO).

Kentucky is synonymous with the name wildcat. In fact, many wild cats are in abundance and indigenous to Kentucky. The University of Kentucky adopted the name "Wildcats" in 1909, after a 6-2 football victory over Illinois, according to the University of Kentucky. At the beginning of U.S. Civil War (1861-1865), the Battle of Camp Wildcat occurred near London, Ky., in 1861.

Exercise helps the mind and body, but too much can cause lactic acidosis

I am not a doctor, medical, or health professional. The author of this article encourages you to consult a doctor before making any health changes, especially any changes related to a specific diagnosis or condition.

The 10,000 year clock will keep time for 10,000 years. The clock is a personal project of billionaire Jeff Bezos, and is to be located in West Texas’Sierra Diablo Mountain Range.

Unity in the Community for Louisville, KY this Saturday May 21st celebrates are and history

This Saturday May the 21st, the city of Louisville is hosting a gathering in Shively for the edification of art and history. Louisville councilwoman, Keisha Dorsey (District 3), has fashioned the event, according to Louisville.gov.

$500 Million Superyacht Makes it Back to Russia Amid Sanctions

Three yachts, scaling in value from $90 million, to $325 million, to $700 million have each been seized by either the United States or authorities in Europe. The latest yacht under target of resulting sanctions, the Nord, escaped sanctions by escaping to Russian waters.

In a press release from the Office of the Governor, Andy Beshear, it was announced that A2A Pharmaceutical Network will open a new headquarters facility in Scottsville, Ky. State and local officials and utility officers celebrated the recently-announced Halton Americas Corporate headquarters.CityofScottsville.

Birmingham, Kentucky was one of the first cities to be established in the state. The city was incorporated in 1860 and permanently flooded when the Tennessee Valley Authority (TVA) built a dam on the Tennessee River in the early 1940’s.

Jackson, Mississippi is home to roughly 160,000 people, and more than 595,000 people in the Jackson Metropolitan Statistical Area (MSA). The city of Jackson's department of Planning & Development, also states the average income per house is $55,940. Citizens of Jackson have the opportunity to start a business to serve their communities, while getting guidance of the City of Jackson.

Kentucky's battle with COVID-19 has been one of unforeseen challenges. According to a KY COVID-19 weekly report, from the Cabinet of Health and Family Services (CHFS), as of May 9th, 2022 Kentucky has lost reported over 1.3 million cases and 15,734 COVID-19 deaths. The US recently crossed a grim milestone of 1 million reported COVID-19 deaths, for which the Kentucky Governor has order flags lowered to half staff until Monday, May 16th.

Community welfare at the heart of gun buyback in Morris Co., New Jersey

In 2021, New Jersey Congressman Donald Payne Jr., introduced Bill H.R.3159 - Safer Neighborhoods Gun Buyback Act to Congress. The bill has not yet to become a federal law. Therefore, the New Jersey Attorney General and county officials are conducted a gun buyback programon May 14th - May 15th, in Morris County.

Cyber-data breaches have been the result for heightened security among individuals, businesses, and governments. This week, Costa Rica declared a state of emergency, as the ongoing result of a ransomware attack.

The Forecastle festival brings music, art, and tourism to Louisville for May 27th-29th

Mr. Elon Musk has been issuing notice on about his intentions to acquire Twitter and take it private. Previously, Musk found himself subjected to a Security Exchange Commission (SEC) over a Twitter post planning to take Tesla private, in 2018.