Sony say’s it is completely out of PS5’s.

Scalpers have purchased most of the consoles and are selling them everywhere! From EBay to Facebook its absolute madness out here for PlayStation fanboy's this year adding to the awfulness of 2020.I myself have not been able to acquire one and it's left a bad taste in my mouth because the companies that sell them refuse to do anything about these bot's that are being deployed to snatch up all the unit's.To me this is anti consumer and it does not help out Sony's fan base in the least with all these consoles sitting around and not being connected online. 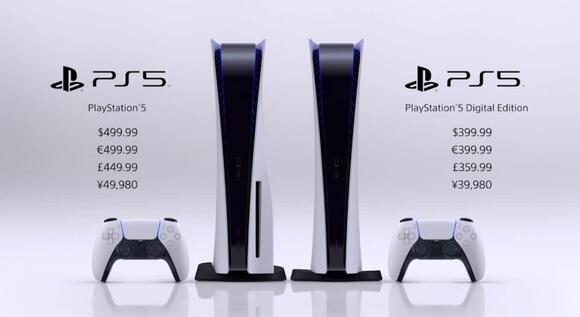 Meanwhile on the popular chatting app Discord, reseller groups with thousands of members have been organized and purcahsed as many PS5 consoles as possible.They go by the name CrepChiefNotify a new so far they claim to have 2,472 consoles across the site.This isn't the only group that is doing this too it's ridiculous.The scalpers have more consoles on hand then the distribution centers themselves and it's looking like they will have access to them going into the new year 2021 years well. So if your looking to get one this Black Friday or for Christmas this year don't hold your breath.Some scalpers are only selling the consoles for over $200 retail price while others are selling them for up to $1000 on eBay.The lucky few that actually got their PS5 at the actual retail price are few and far in between.Then of course there are the popular "Influencers" AKA Youtubers who got sent a free PS5 to make an unboxing video for and that's about it.

With that being said this is hands down the worst console launch I have ever witnessed in my 21 years of gaming and it's all because of scalpers and bot's.Scalpers are not a new thing BTW they do this with sneakers, concert ticket's, new electronics, basicly any new hot item that people want they will acquire it and try to resale it while raising the price.The issue here is the combination of scalpers with bot's.For those of who do not know what bot's are they are programs scalpers use to buy up any item they want from a store that is selling said item quickly.I'm talking 30 seconds flat that's how good these bot's are they also slow the website down to a crawl making it next to impossible for any one else trying to purchase said item. Law's need to be put in place to prevent such things from happening cause this is only going to get worse over time.