A merchant of dreams. ♡ I love to connect humanity to technology. I write news, and fiction, exploring Worldview plots. Was a CGA/CPA in a past life. I have a lot of life experience. Parenting, Art, Finance, Investing, Auditing, Project Management, Writing, Story Grid Method, Science, Forensic Anthropology, Extensive overseas travel including Asia, Greece, Thailand.

Space Defense Is An American Priority

It’s a complex system designed to stay ahead of threats. 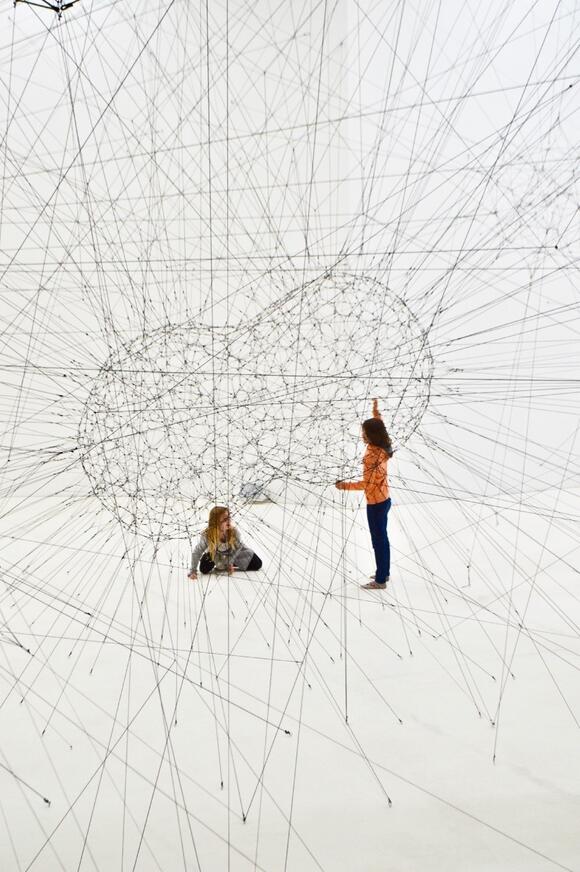 Right now, contractors in the U.S. are busily building a defense system that will blanket our planet with satellites.

The Space Development Agency, part of the U.S. Space Force, has designed a complex system created in multiple layers.

There are seven layers to this architecture, each with its own priorities.

Now that’s a lot to take in at once and some of isn’t entirely clear at first glance.

I’m not in the military, and I’m certainly not an engineer with experience in Space technology.

But I can understand ‘management-speak’ from years of working in large corporations. And Google is my friend.

Here’s my attempt at deciphering the defense department's lingo. I welcome your constructive comments.

This is the physical layer of satellites that are being launched right now.

These satellites will create a blanket around the globe, allowing Space Force to monitor activity on the surface and in space.

This is where the rubber meets the road.

In a battle, the soldier who can move from finding a target to eliminating the target is usually the winner.

This layer manages the mission using a system designed for efficiency.

Speed is of the essence here.

This is a layer full of sensors that are watching and listening to the earth and the space around the planet, as well as deep space. It’s intended to ensure we aren’t caught unprepared.

This technique is commonly called ‘Left-Of-Launch’.

The main strategy is to attack the electronic radar signatures of the target’s command and control systems before they launch.

If that doesn’t work, it can also attack the targeting systems of any missiles in the air.

This is where the future exists, and possibly aliens.

No, seriously, the deterrence layer looks at the area outside of earth’s Geosynchronous Earth Orbit (GEO). That’s deep space, usually outside of where weather satellites are.

We only have satellites that look at lower orbits (LEO). The area between GEO and the moon is becoming an area of interest.

I’m not sure if they are considering another mesh of satellites outside of GEO or if this will be a series of shoot first, ask questions later missiles?

The idea is to detect and identify the source of any threats in deep space. If deterrence fails, this layer is to offer “techniques for mitigating” those threats.

When GPS is not available, this layer will figure out options for navigation. They might include optical crosslinks using satellites and ground imaging systems, signals using waveforms, and cryptographic systems for secure communications. Radio communications anyone?

It’s the human in the loop layer.

This is where the behind-the-scenes communications support and training exist.

This layer will manage all of the other layers, host software applications, manage communication gateways, and generally provide system networking and storage capabilities. In other words, it’s the mother of all hard drives.

Space Force recently met with senior government officials to give an update on their progress and revealed details of the threats posed by China and Russia in Space. More to come.

A merchant of dreams. ♡ I love to connect humanity to technology. I write news, and fiction, exploring Worldview plots. Was a CGA/CPA in a past life. I have a lot of life experience. Parenting, Art, Finance, Investing, Auditing, Project Management, Writing, Story Grid Method, Science, Forensic Anthropology, Extensive overseas travel including Asia, Greece, Thailand.

It isn’t often that an expert on religion is willing to open up about their early experimentation with drugs. It wasn’t a surprise to me that he was only one of many people who experimented in the sixties.

There’s one thing we have that no one can take away. Your first kiss, learning how to ride a bike, drive a car, your graduation. No matter what your memory of an event is, it belongs to you.

A Flag and A Symbol That Lost a War

Two enduring symbols of an army that lost a war. Why did one country reject the Swastika and the other country keep the Confederate Flag?. The U.S. continues to defend the rights of hate groups under the umbrella of free speech.

Vietnam is an Interesting Country to Visit

Vietnam is one of my favorite countries to visit, mainly because of the people. I had the good fortune to spend a month there, traveling to different spots as they came up. I like to travel that way, letting chance and a bit of on-the-spot research influence my choices. It was a terrific experience and I’m grateful to have had the chance.

Pentagon Talks About UFOs in a New Report.

It’s not the UFOs, it’s the National Security Risk. Pressure from the public and key lawmakers resulted in their report. This year, the Pentagon finally came clean about videos of UFOs that had been circulating on the net for some time. They prefer to call them unidentified aerial phenomena (UAP).

Collecting ‘soil’ on Mars is proving to be tricky. The race is on to get a sample of Martian soil into the hands of scientists on Earth. The soil on Mars is a mystery we are slowly solving. Each time a rover lands there, they bring along the latest scientific instruments and perform tests on samples collected in the field.

Confessions From A Collection Agent

Early in my career, I had the unenviable duty of calling customers who were behind on their payments. I’ve collected bad debts for many different companies. They were in a lot of different businesses.

Your Entire Family Will Enjoy This Meteor Shower

The Perseid Shower Promises a Cosmic Light Show for Seattle in 2021. It’s not too late to grab a front-row seat to this dazzling display of meteors seen this year. The Earth passes through the debris path of the Swift-Tuttle comet each summer. This debris path is made up of bits of rock and ice from the comet as they move in their orbit around the sun.

Another fly-by result brings data that collaborates a hypothesis. She’s the closest planet to Earth, yet she hides her secrets behind a veil of cloud. Venus and Earth have often been described as twins because they’re close in size and share complex weather systems, but they’re very different.

Their four-step plan is a defense strategy that will focus on Deterrence, Crisis De-escalation, and Warfare in Space. On May 26, 2021, Department of Defense officials met with the Senate Armed Services Committee’s Subcommittee on Strategic Forces to talk about Space Force and other topics.

How Stormy Solar Weather Will Impact the US.

The next five years are going to be full of disruptions. Our sun is remarkable in all its mystery. We are poised to learn a lot more about the big questions we have about the sun. The main one is how it generates and controls its magnetic field.

September is time for back to school and signals the end of summer fun. But there is one more chance for your family to get together, and that’s the Seattle Children’s Festival.

Seattle is located in one of the best places to live in the country, the Pacific Northwest. With a population of 3.43 million, it’s a great resource for start-ups and the first choice for many entrepreneurs.

This festival is a great reason to visit Texas this fall. It's an eight-stage event with many talented artists to entertain you. The name ‘Austin City Limits’ comes from a concert series that was successful in the past. The festival includes an art market, lots of tasty treats, and a special area for the family to play and have fun together.

Each year, the Woodlands of Dover International Speedway are transformed. A team of fireflies descend on the grounds and create a magical musical paradise. This year marks the 10th anniversary of the Firefly Festival so the magic will be particularly powerful.

Little Neon Taco Seattle has been working hard to stay open during the pandemic and has tried quite a few things to keep their business running. Seattle’s First Hill, home to the city’s most renowned hospitals, can seem drab compared to its colorful neighbor Capitol Hill. Little Neon Taco used to be the bright spot in the neighborhood. Unfortunately, the pandemic changed that for the locals.

Where everyone radiates positivity. Dates: Sept. 2–5, 2021, Manchester, TN, U.S.A. Sometimes the best words come from another language. In this case, it’s Creole, the language of building community.

The HARD Summer Music Festival is the place to be. Main Headliners: Future, Kaytranada, DJ Snake, Dillon Francis, 2 Chainz. This National music festival is a musical cruise down the hard-line back alleys of electronic music’s biggest acts of the moment.