Tracy explores the world with a positive eye, an open heart, and a sprinkling of humor. Without laughter, she would be lost. 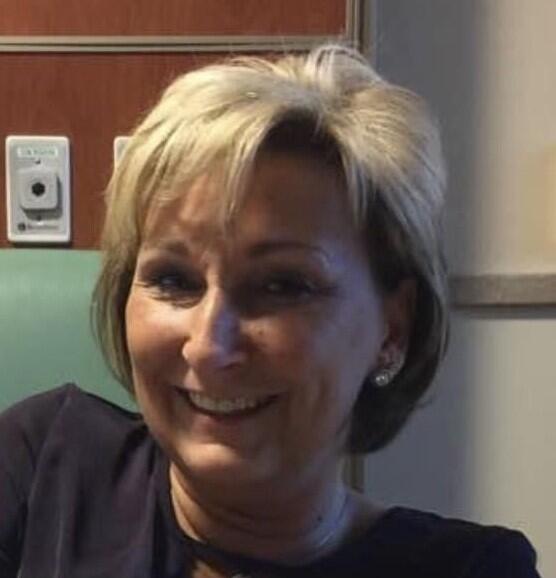 When Billy Little, Jr., nationally recognized investigative attorney, was asked by the family of Dee Ann Warner, missing Tecumseh, Michigan woman, to help them get answers, he agreed to work the case for free. That was in March 2022 — almost a year after Dee vanished from her rural home.

Since then, Little has been working tirelessly to learn the truth about what happened to Dee. He was key to forming a task force between Lenawee County Sheriff Office, Michigan State Police, and the FBI. At a candlelight vigil in April marking the one-year anniversary of Dee’s disappearance, Little said to the crowd of about 300 people, “I truly love this family. Justice is coming. Trust me.”

When Dee’s family worried the case had stalled, Little put pressure on Lenawee County Sheriff Office. On August 1, 2022, at a Justice for Dee rally in front of the courthouse, Little had scathing words for local law enforcement. “We offered the best experts in this country, and they refused our help.” He was referring to over a hundred witness testimonies and a stack of evidence he turned over to Lenawee County Sheriff Office only to deal with a lack of follow-up or sense of urgency to resolve the case. After Little’s speech, Sheriff Brevier announced he was turning the case over to Michigan State Police.

On October 23, 2022, Little made a statement on the podcast, The Interview Room, which is hosted by Chris McDonough, a retired homicide detective and behavioral analyst, who has worked closely with Little on the disappearance of Dee Ann Warner. They acknowledged the case was complex and the Michigan State Police (MSP) had mountains of evidence to sift through and many people needed to be reinterviewed. However, it had been almost three months since MSP had taken over the case and there still hadn’t been an arrest.

Little believes Dale Warner, Dee’s husband, is responsible for Dee’s disappearance. During the podcast, Little issued a deadline. “The evidence is overwhelming.” While Little has great respect for law enforcement, he said, “The clock is ticking. There needs to be an arrest by December 1st, and if there’s not, I’m going to drop some bombs in December and people are going to be shocked when they hear what’s going on.”

In an interview with Little today, he told me, “Chris and I are aware today is the deadline. We are men of our word. We are preparing another podcast and will follow through on our promise. We will be airing something soon.”

Little has repeatedly vowed he is not going anywhere until the person or persons responsible for the disappearance of Dee Ann Warner are held accountable.

Meanwhile, Dale Warner is scheduled to be in court December 13, 2022, to face possible contempt of court proceedings.

If you are unfamiliar with Dee Ann Warner’s disappearance, you can find out more here.

Tracy explores the world with a positive eye, an open heart, and a sprinkling of humor. Without laughter, she would be lost.

Dee Ann Warner, 52, mother of five, disappeared from her rural Tecumseh, Michigan home on April 25, 2021. Without a car. Without money or bank cards. And most importantly, without her nine-year-old daughter. Her brother, Gregg Hardy, has made it no secret he believes Dee’s husband, Dale Warner, is responsible.

If you live in Ohio, coyotes live amongst you. Coyotes call all 88 counties of Ohio home. Coyote breeding season is from January — March and you may notice sightings have been more frequent lately. That’s because coyotes are more active during this time and may be emboldened. They aren’t only on a continuous prowl for food, they are looking for love.

Coyote sightings may become more frequent the next few weeks as their breeding season hits its peak. In North Carolina, coyote breeding season runs from late January through March. If you haven’t seen any coyotes, that doesn't mean they aren't nearby. Coyotes have established residency in all 100 counties of North Carolina.

Coyotes are on the prowl across the state of New York — not only for food — but for love. The coyote breeding season runs from late January to March in New York. As they search for a mate, they are more active, making coyote sightings more prevalent.

Portillo's Make a Big Change to Protect Employees from Robberies

Portillo’s, an Oak Brook, Illinois-based restaurant chain, are famous for their Chicago-style hot dogs, Italian beef sandwiches, char-grilled burgers, and chocolate cake shakes. What started as a hot dog trailer in 1963, has become a 70-unit restaurant chain spanning across 9 states.

Wolf Numbers Remain Steady in Michigan -- What Does that Mean for Their Future?

The Michigan Department of Natural Resources (DNR) conducts a survey every other winter to ascertain the number of gray wolves in Michigan. The survey includes the Upper Peninsula, Drummond Island, Neebish Island, and Sugar Island. Isle Royale is not included because its wolf numbers are managed by the National Park Service.

If you live in Florida, you live in coyote territory. Coyotes can be found in all 67 counties of Florida. Their breeding season has begun and runs January to March. During this time, the males may be more aggressive. Pet owners need to be extra vigilant in order to keep their pets safe.

Coyote mating season in Virginia is from January through February and pet owners need to be vigilant. Mike Fies of Virginia Department of Wildlife warned, “The males may be a little more territorial in the breeding season.”

You may have noticed you are seeing more coyotes around lately. That is because in Minnesota, the coyote mating season is from late January through February. If you haven’t seen them, you’ve probably heard them. They are considered the most vocal North American mammal and are Minnesota’s most abundant large predator.

Flash Fiction Friday: This Class Reunion was Anything but Classy

Carl, my husband, grabbed my hand before my 30th Class Reunion invitation went in the trash. “Whoa! This could be fun!”. Carl didn’t understand. Our little town … our small class of eighty … no way!

If you haven’t seen any coyotes, you’ve probably heard them. They are considered the most vocal North American mammal and can be found in every county in Michigan. Their yips, whines, and howls sound similar to a domesticated dog. But make no mistake — coyotes are wild animals.

Survey Shows Half of Dogs are Overweight -- Is Yours One of Them?

Many people across the country are repeating the mantra, “New year, new me!” as they hit the gyms and make better food choices to shed unwanted extra pounds. But another family member may need to trim down as well — namely the one with paws.

Robyn Stader is a nurse practitioner with several advanced degrees. She worked for CVS MinuteClinic in Texas for six and a half years where CVS Health accommodated her religious beliefs — until they didn’t.

Fans of the TV family drama series, ‘Yellowstone’, starring Kevin Costner as the patriarch, John Dutton, are antsy to watch the second half of Season 5. They’ll have to wait a while. Paramount Network announced the remaining six episodes of Season 5 will not air until Summer 2023.

A Picture Captured an Inexplicable Light Beam on Anniversary of the Death of St. Joseph Shrine's Pastor

A year ago, the congregation of St. Joseph Shrine Catholic Church in Brooklyn, Michigan was in mourning. Their pastor, The Very Rev. David Hudgins, 53, passed away in an automobile accident. Without warning the vibrant, gregarious, and humble head of their church was gone. It was a shock. Father Dave was their beacon who, by example, led his flock closer to Jesus.

Ashley blinked back hot tears. Rob had left, now it was time to move on. At first, there had been denial, then a soul-crushing sadness. She should be at the acceptance stage, but no. Today, she felt neck-deep in anger and bitterness.

Career Experts Evaluate the Worth of Several College Degrees

One of the most important decisions a high school graduate pursuing a college degree can make is deciding their major. College is an investment in their future, but it can come at a hefty price. Students in the United States attending a public 4-year in-state institution and living on campus pay an average of $25,707 per year or $102,828 over 4 years. The price tag rises considerably for students attending out-of-state or private universities. It makes sense to choose your major carefully.

On the afternoon of Thursday, January 5, 2023, an intoxicated man pummeled the Italian-imported marble altar of Subiaco Abbey Church in Arkansas with a standard hammer and a sledgehammer.

Mark strode out of court and loosened the tie squeezing like a boa constrictor. He lifted his face skyward and gulped in deep breaths of fresh air. It was as if he’d been suffocating.

Ex-Con Resigns as Law Clerk for Michigan Justice Before He Began -- Who is Peter Martel?