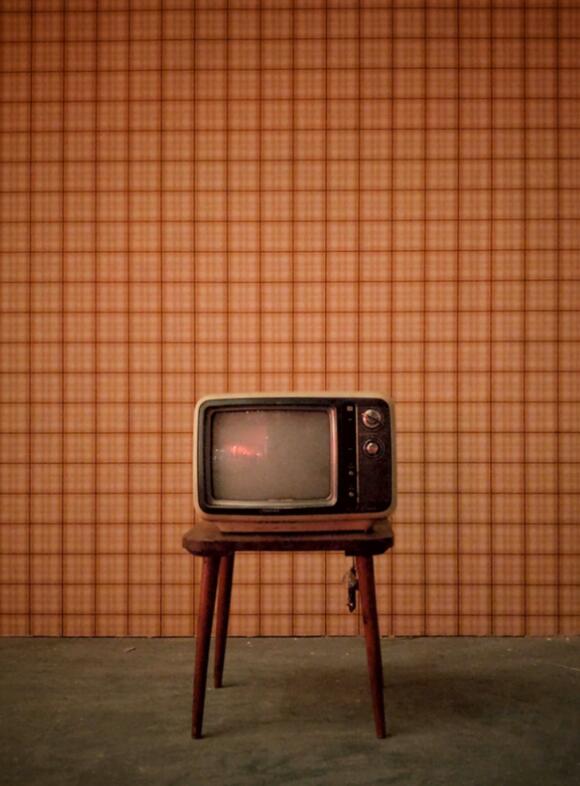 Photo by JESHOOTS.COM on Unsplash

Not to brag but over the last year, I have become a bit of a film buff.

Countless hours sitting in front of the T.V. have allowed me to watch pretty much everything that NetFlix has to offer. As well as HBO, Disney Plus, and dare I say it, any pirated copies I could get my grubby desperate hands-on over quarantine.

I've always loved animated movies. Something about knowing that every aspect of the film was included for a reason. Every tiny detail you didn't notice until years after watching it for the first time.

Below I have curated what I consider some of the best-animated films to enjoy now that you are more "young at heart" than young in years.

This is a no-brainer. Released nearly 30 years ago, this movie will always hold a special place in my heart.

Not just because I was born and living in Africa at the time.

But because now more than ever we need to remember to not shy away from responsibility. The people that are happy for you to be lazy and complacent are the ones most likely to destroy the best parts of this world that we live in.

Another classic Pixar/Disney movie with a larger message hidden beneath.

This movie will tug at your heartstrings while making you question just how much you're willing to sacrifice to fulfill your goals and desires.

If you've ever owned a cat, this is the movie for you.

Combining beautiful artwork with hilarious one-liners and amazing heartfelt moments, this movie has it all.

Watching Stoic the Vast openly say he is proud of his son hit a little close to home. I'm sure there are thousands of men around the world waiting to hear those words from their own fathers.

Adapted from the Roald Dahl book of the same name, this Wes Anderson movie just oozes with class.

Filmed completely in stop motion, Anderson brings this story to life in a way that completely honors the source material.

This is one of those movies that I always catch a new detail every time I rewatch it!

Another stop motion masterpiece. Mixing equal parts wonder and bizarreness, this movie definitely borders on the darker side in more than one place.

This movie was met with instant critical acclaim and is the 3rd highest-grossing stop motion movie of all time.

No other movie seems to capture the heart of actually living in a world where spirits are actually real so well.

Whenever a friend is struggling with day-to-day life and needs a pick me up, this is number one on my list of remedies.

A nightmare before Christmas (1993)

Everyone knows that Die Hard is the ultimate Christmas movie. But this little stop motion gem definitely gives it a solid run for its money.

Tim Burton puts every part of his amazingly unique style into this movie to help spread some Christmas fear.

Never in a million years would I ever think that a movie based on Lego would actually be any good. Not only is this movie pretty decent but even more surprising is just how much of the jokes and humor is catered to adults.

If you're looking for something to entertain the kids that won't leave you brain dead and drooling from boredom. I definitely recommend giving this movie a shot!

Definitely not something to watch when minors are around, but I would be remise with not adding at least something from Trey Parker and Matt Stone.

It's crazy to think that this movie was released 20 years ago. It's even crazier to think that South Park is still going as strong as ever.

South Park's take on the Devil and Suddam Hussein is worth watching this movie alone.

Best books to be more productive

There are a plethora of books on becoming more productive. So many in fact that people procrastinate deciding on a book to read on procrastination!. Over the years I have read dozens and dozens of these books. Although they all present roughly the same ideas, there are still a few that I think are a cut above the rest.

2 Books that will change your life

It seems that every day we are exposed to more and more people providing "the fix" to all our problems. I too have fallen a victim to the idea that all the problems in my life would go away if I could just find that ONE special trick that all successful people do.

The top 5 Legend of Zelda games of all time.

Zelda turns 35 this year. 35 years since Nintendo introduced that little elvish boy with his green hat to the world. 35 years since the world of Hyrule took over people's lives and I argue, changed the world for the better.

Should you sleep on the floor?

Like most people, I have been ever so slowly but surely realizing I'm getting older. That pesky, never-ending tide of aches and pains that building up and slowly making my life hell.

Why I don't wear shoes

I have a confession to make. I'm a no-good barefoot hippy fighting the man and sporting questionable bathing habits. But the barefoot part is true. For the majority of my early life, I wore shoes nearly every day, but now that I am older I choose to wear them less and less.

Blast from the past: classic games worth replaying

The video game industry is going through a golden age. There have never been so many great games and the quality seems to be getter better and better every year. The problem is I'm getting older.

Friend or Foe: Has Your Friendship Become Toxic?

Friendships are the icing on the cake for most parts of life. They are crucial to your mental health and help you live longer and happier lives. But what happens when your friendships no longer seem to serve you?

Get Help! Why You Should Consider Therapy

Nowadays, there is a lot of talk about therapy. People choose to have therapy for various reasons and there are many benefits to it. Seeking therapy does not state you are troubled. It has become more common for people to have therapy even if it's just to have somebody external to chat with. I'm a firm believer that it's good to seek help and guidance when struggles come your way. This means you are taking a proactive approach to your well-being. Anyone and everyone can enjoy therapy. Whether you're in therapy or considering it, hopefully, the below will highlight some of its benefits.

Unconditional Love: Why Dogs Are a Man's Best Friend

Everyone knows dogs are man's best friend. You will only truly appreciate what this means if you've ever been lucky enough to have one. They have been our faithful companions ever since they formed a bond with us knowing we’d feed them if they stuck around long enough.

Rejected! How to handle failure in business and life.

It seems that as I get older, I start questioning what I know and what I've been taught more and more. One particularly big blind spot is that school never taught us how to deal with failure.

A year in review: Biggest Lessons Learnt in 2020

2020 will be the year we will remember for the rest of our lives. Twenty years from now, we will be telling our children what we did in 2020 and who we were. We will be talking about how the "great pandemic" changed our lives and how we adapted to it.

Feeling stressed out? Sad? These movies will help you smile

Life is stressful and in today's crazy world, it's easier than ever to feel overwhelmed. There is a multitude of self-help books, positive mantras, and introspective journals out there. But, sometimes these are too much or not quite enough, to get you through those tough days.

Stranger than Fiction? Movies based on true stories

The temperatures have dropped and it has become the season of couch cuddles and movie marathons. After a crazy year of watching more movies than you ever thought possible, choosing what to what on your movie night might be harder than ever.

4 things I learned from polyamorous couples

Let's just start with a disclaimer right off the bat. I have never been, and I will probably never be. So why would I write about something that I've never practiced?. Over this crazy topsy turvy year, I've made big strides to challenge as many long-held beliefs as possible.

What to do when you fear connection

For the past few months, I have been dealing with a difficult and at times toxic relationship. It can completely crush your ego and force you to look at some of the darkest parts of your soul when times are tough...

My dog is a lifesaver during this pandemic

Well, we are all still here. I'm not here to argue the merits of locking down or not locking down. I'm not going to push my personal views on the safety or necessity of getting vaccinated. I definitely won't bore you on the economic cost of this whole disaster.

3 tips to cope when you are about to breakdown

Let's face it, COVID is taking its toll on the world. Whether it's from the constant fear-mongering over the infection rate and death toll. Or the realities of your business or career-ending due to forced shutdowns.

When to let a relationship go

We were born in a time of Disney, fairy-tales, and happily-ever-afters. This makes it seem like a massive failure whenever we have to end our forever-afters. The social pressures to succeed at any cost have crept into every aspect of our lives. But it has no place in your personal life. If you let it take root, it will rot your relationships at their core.

Failed! I broke my Keto Diet...

Well, as with all my good intentions, they've collapsed like a house of cards. But what started as a reward for my birthday, extended into a birthday "week." and has taken on a life of its own.