Trump Calls for Termination of the Constitution 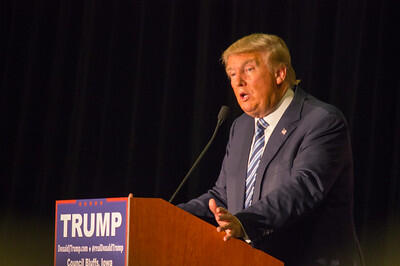 If you think you’ve seen it all lately, then Donald Trump has another something for you.

Former president Donald Trump has been calling for the “termination” of certain provisions of the Constitution on the back of his claims that the 2020 election was manipulated. Both parties jumped to criticize Trump following his statement on Truth Social.

“A Massive Fraud of this type and magnitude allows for the termination of all rules, regulations, and articles, even those found in the Constitution,” he stated. “Our great ‘Founders’ did not want, and would not condone False & Fraudulent Elections!”

The Attack on Democracy

The United States of America has been downgraded to a status of “Flawed democracy” following Donald Trump’s attack on American institutions in 2020.

“Republicans are going to have to work out their issues with the former President and decide whether they’re going to break from him and return to some semblance of reasonableness or continue to lean in to the extremism, not just of Trump, but Trumpism,” Jeffries said.

Trump, who is the first to be impeached twice and whose term was ended by his supporters storming the Capitol in a deadly attempt to obstruct the peaceful transfer of power on January 6, 2021, is currently the subject of several escalating criminal investigations, some of which may result in indictments. Many of his close allies have been convicted in recent years.

Even Rep. Mike Turner of Ohio, the top Republican on the House Intelligence Committee, disagrees with Trump’s comments.

“There is a political process that has to go forward before anybody is a frontrunner or anybody is even the candidate for the party,” Turner said. “I believe that people certainly are going to take into consideration a statement like this as they evaluate a candidate.”

What do you think about Trump’s latest statement?

Photo byPhoto 145356576 / Desantis © Zhukovsky | Dreamstime.com. Florida Republicans are about to deliver more of their controversial political stunts. Governor Ron DeSantis is anticipated to use a special session to expand the state's migrant flight program after flying about 50 migrants from Texas to Martha's Vineyard last year.

Photo byPhoto 122725292 © Joe Tabb | Dreamstime.com. DeSantis is keeping his 2024 plans quiet, while Trump loses no time to coming after DeSantis. Former President Donald Trump intensified the tension between him and Ron DeSantis when he shared a video of the Florida governor on his Truth Social page.

Gov. DeSantis to Deal the Final Blow to Disney World in Florida

Photo byPhoto 117093513 © Pressfoto | Dreamstime.com. Disney is facing another round of political troubles in Florida. Florida Governor Ron DeSantis wants a special legislative session to ratify the government's decision to strip Disney of jurisdiction over the Reedy Creek Improvement District.