How to Restore Florida Beaches Before the Next Hurricane? 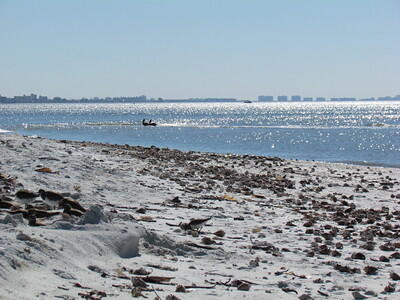 Not only are Florida’s sandy beaches stunning, but they also contribute significantly to the state’s tourism-based economy.

Besides being eye-catching scenery, Florida beaches serve as the first line of defense against hurricane-related storm surge flooding.

These beaches are now in dire need of restoration after being constantly slammed throughout the 2022 hurricane season. In a report released by the state’s Department of Environmental Protection, 426 of Florida’s 825 miles of sandy beaches were classified as “critically degraded” even before hurricane season started.

Then, hurricanes Ian and Nicole ripped through Florida. Beaches suffered significant harm, particularly those along the coast of northeast Florida.

“Our dune system is a coastal protection system,” said Jonathan Lord, the emergency management director for Flagler County in northeast Florida. “Because the dunes were so damaged from Ian, it didn’t take much for Nicole to further damage them and cause flooding in many neighborhoods.”

Florida has dredged or excavated roughly half a trillion tons of high-quality sand to maintain its eroding beaches since 1935, according to the National Beach Nourishment Database.

But the state’s supply of good sand is deteriorating, and once those deposits are gone, they will not return any time soon, according to Stephen Leatherman, a coastal science professor at Florida International University.

In the future, it is predicted that Florida’s beaches will likely erode more quickly due to climate change. Over the past 87 years, Florida has spent at least $1.9 billion on beach nourishment, based on the National Beach Nourishment Database.

Karyn Erickson, a coastal engineer, said Florida should build erosion-preventing infrastructure like coastal groins on more of its beaches, and Floridians may have to move away from the coasts, eventually.

Even Ben Shapiro, a popular conservative political commentator, says that people will eventually sell their beachfront properties and move away. He also believes “human beings have an extraordinary ability to adapt” and will move away from these areas as water rises.

What do you think about the degradation of Florida beaches?