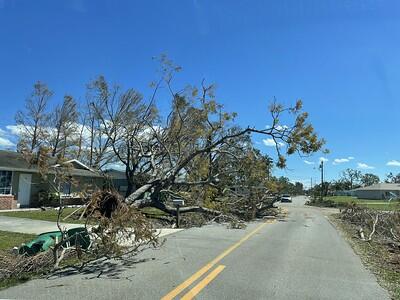 Florida has become the battleground zero for climate change discussion.

Environmental and community-based organizations are calling on the Florida legislature to form a special committee to address climate change and its severity.

The groups sent a letter to House Speaker Paul Renner and Senate President Kathleen Passidomo before the organizational session, pleading that they create a Joint Select Committee to address the climate crisis.

The most vulnerable state

Parts of Florida are already underwater. If you look at the aerial overview, you’ll find that Florida is a half-sunken limestone. This southern tip of the United States used to be much wider.

“Scientists and academics frequently cite Florida as one of the most vulnerable places on the planet to the impacts of climate change in the United States. This frequency is partly due to the threat that sea level rise poses to our more than 1,000 miles of coastline. However, climate change’s threat to Floridians extends far beyond coastal flooding alone,” the groups wrote in the letter.

In a press release, Aliki Moncrief, executive director of Florida Conservation Voters, said Floridians could no longer afford to wait for action against the pressing issue of climate change.

However, the legislature said they are focusing on resiliency efforts and praising building code upgrades that the state implemented after Hurricane Andrew devastated parts of South Florida in 1992.

“When you look at the effects of Hurricane Ian – which by the way, is an in-500-year storm- the houses built after Andrew was fine. They got some water in the garages, but the houses all survived the flood and the wind and whatever,” said Passidomo.

“Florida is getting better and better at hurricanes,” added Renner. “And I promise you I have great confidence and optimism that our ability as people to innovate and to strengthen our resiliency will outstrip anything that climate change sends our way.”

What do you think about climate change in Florida?