Elon Musk to Support DeSantis if he Runs in 2024 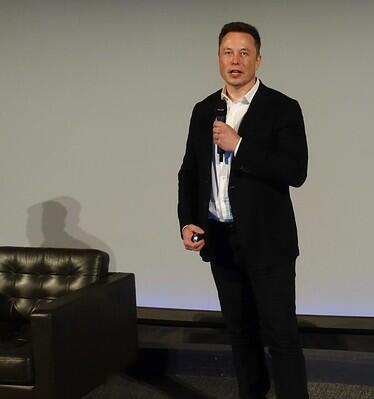 Twitter billionaire Elon Musk announced his support for Florida governor Ron DeSantis should he run for president in 2024.

Chief Tweet to support DeSantis in his bid to become commander-in-chief.

Musk tweeted back “Yes” to a question asking him if he would support DeSantis in 2024.

The Twitter billionaire has been vocal about his disappointment with the Biden administration. He’s also become one of the loudest voices against Democratic policies in recent years.

“My preference for the 2024 presidency is someone sensible and centrist,” Musk said in a tweet. “I had hoped that would be the case for the Biden administration, but have been disappointed so far.”

Forbes Magazine named Musk the wealthiest person in the world. He restored Trump’s account on Twitter on November 19 as the company’s new owner after asking users if Trump should be allowed to return. More than 15 million users participated in the survey, although it was unclear how many were actual people and how many were automated bots.

Trump has been silent ever since his account was reinstated.

Almost two years ago, Trump’s account was blocked for encouraging violence after the tragic events of January 6.

After recognizing that Trump hadn’t tweeted since his Twitter account was restored, Musk responded to a user.

“I’m fine with Trump not tweeting. The important thing is that Twitter corrected a grave mistake in banning his account, despite no violation of the law or terms of service,” Musk said. “Deplatforming a sitting President undermined public trust in Twitter for half of America.”

In a subsequent tweet, Musk declared that he was a staunch ally of the government of former President Barack Obama and that he “reluctantly” chose to endorse President Joe Biden over Trump. “But freedom of speech is the bedrock of a strong democracy and must take precedence,” he added.

Besides, Trump seems to be trying to launch his own social media platform.

What do you think about Musk’s endorsement?