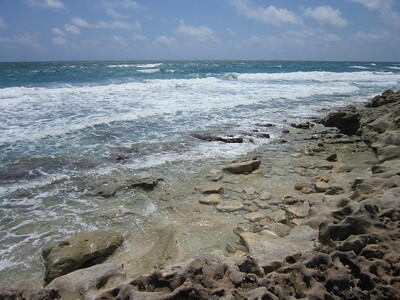 Following Hurricanes Ian and Nicole, Florida’s new House Speaker and Senate President have pledged to do more to strengthen the state’s coastlines.

Republican lawmakers, according to environmental groups, are omitting a crucial element of the puzzle: climate change.

Dr. Michael Binder, a political science professor at UNF, suggested that the governor’s alleged presidential aspirations may have influenced the choice of words.

When Gov. Ron DeSantis took office, he was complimented for using the term climate change.

It was a major change from Rick Scott’s administration, which banned public officials from using the term. But now there are signs’ climate change’ may once again become a taboo among Florida Republicans.

When questioned about the request for the formation of a special committee on climate change by environmental groups this week, Senate President Kathleen Passidomo (R-Naples) avoided mentioning the phrase.

“It doesn’t matter what you call it. We call it resiliency. You know, it’s just another one of those things where there’s all kinds of terms,” said Passidomo.

On the House side, Speaker Paul Renner (R-Palm Coast) is meeting a special committee on hurricane resiliency and recovery.

He declared the committee’s main priorities would be strengthening the building code and enhancing coastal infrastructure, such as sea walls.

“Florida is getting better and better at hurricanes, and I promise you I have great confidence and optimism that our ability as people to innovate and to strengthen our resiliency will outstrip anything that climate change sends our way,” said Renner.

Florida leaders are still concerned with climate change. The problem seems to be the wording, as some Republican voters might particularly dislike the terms like climate change, global warming, or global cooling. Luckily, the current administration invests time, effort, and resources to fight climate change issues.

What do you think about the Republican take on climate change in Florida?