Florida Laws to Change if Desantis Runs for President 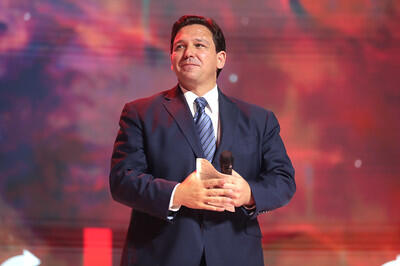 Both House Speaker Paul Renner (R-Palm Coast) and Senate President Kathleen Passidomo (R-Naples) said it would be a “good idea” to make it clear that DeSantis wouldn’t need to resign if he becomes the GOP nominee.

DeSantis won his second four-year term after he defeated his Democratic contender by almost 20 points. Florida has been considered a battleground state until this November. DeSantis changed Florida’s political status, and that makes him a top potential candidate for the presidential election.

“If an individual who is Florida governor is running for president, I think he should be allowed to do it,” Passidomo said. “I really do. That’s a big honor and a privilege, so it is a good idea.”

DeSantis has waved his hand at a potential presidential run, but Republicans are calling for him to run against former President Donald Trump. Many see DeSantis as the next big thing in the Republican party.

If the terms of the two offices overlap, Florida law requires anybody seeking a new office to submit an irrevocable letter of resignation prior to qualifying.

In 2008, the statute was amended to provide the then Gov. Charlie Crist to run for vice president, but lawmakers made a U-turn four years ago and reinstated the requirement that anyone running for federal office must quit before the actual election.

There was a provision in the 2008 law for someone whose term was about to expire, but DeSantis would not be covered by it.

DeSantis has told people to “chill out” as he dismisses speculation about a prospective presidential bid, including any potential conflict with Trump.

Do you want DeSantis to run for President?