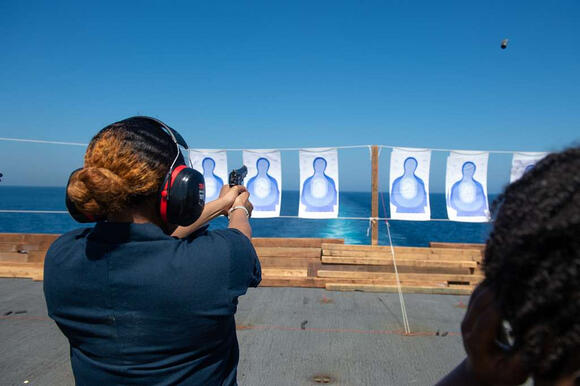 The culture, people, and food create a magnetic pull that makes Florida today. Without its Hispanic heritage, the Sunshine State would be a very different place to live.

“Latinos are here because of the American dream, and it is really hard to do that when you are worried about your kids’ safety,” said Annette Taddeo, a state senator who is challenging a Republican congresswoman, María Elvira Salazar.

The initiative is made during a difficult time for Latinos in Florida. Republican Governor Ron DeSantis has brought immigration issues to national notice after transporting a group of Venezuelans from Texas to Massachusetts’ Martha’s Vineyard as part of a state-funded relocation program for migrants who are in the country illegally.

In 2020, few locations disappointed Democrats as much as South Florida did. Several unexpected defeats in House contests were attributed to a shift among Latinos toward the GOP, which also helped then-President Donald Trump win Florida by more than 3 percentage points.

In an effort to tie the party’s aims to the individual experiences of a population that frequently feels ignored in national politics, Democrats are running their campaigns differently this year.

A genius move or a cruel stunt?

Some praised DeSantis’ efforts, while many Latino Democrats denounced it as a “cruel stunt.”

Sen. Marco Rubio, a Cuban-American and Republican from Florida, expressed concerns that migrants entering the country from Mexico may be criminals liberated by Nicolas Maduro in a commentary in Spanish for a right-wing website, appearing to support DeSantis.

How do you feel about the gun control laws in Florida?

Gearing up for 2024? DeSantis to Release Autobiography in February

Florida Governor Ron DeSantis is set to release his autobiography in February next year amid speculation that he is preparing for the 2024 presidential campaign. DeSantis denies his ambition to run, but he’s acting as if he might go for it.

How to Restore Florida Beaches Before the Next Hurricane?

Not only are Florida’s sandy beaches stunning, but they also contribute significantly to the state’s tourism-based economy. Besides being eye-catching scenery, Florida beaches serve as the first line of defense against hurricane-related storm surge flooding.

Twitter is at the center of controversy again. This time it’s getting its minute in Florida’s higher politics. Florida governor Ron DeSantis strongly believes that Congress should act ifApple bans Twitter from App Store.

Florida has become the battleground zero for climate change discussion. Environmental and community-based organizations are calling on the Florida legislature to form a special committee to address climate change and its severity.

Owning a Beachfront Home? Watch Out for Storm Erosion

Florida is full of gorgeous parks, stunning ocean views, and lovely breezes, all of which make a living by the sea everyone's dream. There are dangers to this dream, though. And Climate change makes it worse.

The Story Behind the Name "Black Friday"

Once again, Americans have flocked to retail aisles to fight over widescreen TVs, gaming consoles, and stuff they barely want. What better way to celebrate Thanksgiving than demolishing your local Target?

Florida suffered one of the most extreme hurricane seasons on record this year. It was unpredictable, devastating, and deadly. Hurricane Ian tore the peninsula this September, wreaking havoc and leaving more than 100 people dead along its path. Hurricane Nicole was also destructive, making landfall in November for the first time in 36 years.

Elon Musk to Support DeSantis if he Runs in 2024

Twitter billionaire Elon Musk announced his support for Florida governor Ron DeSantis should he run for president in 2024. Chief Tweet to support DeSantis in his bid to become commander-in-chief.

What You Need to Know Before Moving to Florida

Florida is famous for its weather, diverse culture, and beautiful sights. It quickly became the place to be during the pandemic. However, life isn’t always rainbows and butterflies in the South. Most of Florida is extremely hot throughout the summer, crime rates are higher than the national average, and the state is particularly vulnerable to climate change. Americans are still flocking to Florida to get their time in the sunshine.

How Republicans Won the Latino Vote in Florida

Democrats started reflecting on their defeat in Florida. Lack of funding from national groups, passive voter registration as compared to the aggressive strategy of the Republicans, and the questionable Democratic candidate were just some of the factors that played into the historic defeat in the 2022 elections.

Following Hurricanes Ian and Nicole, Florida’s new House Speaker and Senate President have pledged to do more to strengthen the state’s coastlines. Republican lawmakers, according to environmental groups, are omitting a crucial element of the puzzle: climate change.

Florida Laws to Change if Desantis Runs for President

Florida’s top Republican leaders agreed to change state law to aid Governor Ron DeSantis’ presidential run in 2024. Both House Speaker Paul Renner (R-Palm Coast) and Senate President Kathleen Passidomo (R-Naples) said it would be a “good idea” to make it clear that DeSantis wouldn’t need to resign if he becomes the GOP nominee.

DeSantis Waits for Trump to "Punch Himself Out" of 2024 Elections

Florida Governor Ron DeSantis was reportedly waiting for former US President Donald Trump to “punch himself out” of the presidential race in 2024. DeSantis is yet to announce his bid for the GOP presidential nomination, but apparently, Trump already sees him as a rival and has been attacking him with criticisms. Trump allies also think DeSantis plants to run. Roger Stone has been publically criticizing DeSantis since April.

How Much Does Florida Earn from the Gun Industry?

Photo byU.S. Army Cadet Command (Army ROTC) Floridians are some of the biggest Second Amendment supporters. Owning a gun has been a staple of traditional American life since the dawn. While some Americans just use firearms for recreation, hunting, or home security, there are many gun aficionados who support the Second Amendment and load up on as many guns as they can.

Why Democrats Want Trump to Run in 2024

Former President Donald Trump announced his presidential run last week. This comes as no surprise, as Trump has been on a constant campaign ever since he left office in 2020. Political observers claim that by starting his campaign before anybody else, Trump is trying to get ahead of potential GOP rivals. While DeSantis and others are dealing with mid-terms, Trump can score early points for the 2024 elections.

The Most Expensive Cities to Live in Florida

Florida is becoming the new go-to state in the country. With its desirable weather, stunning beaches, and world-renowned theme parks, settling in Florida has become a crucial stage of the American dream. In addition, Floridians enjoy low taxes, business pro-climate, and strong leadership.

Florida has Become the Republican Stronghold

The Sunshine State was once considered the nation’s most important swing state. But with Ron DeSantis and Marco Rubio’s landslide victories, Florida now officially become Republican.

When Trumps come after you, it’s usually the entire family. Lara Trump warned Florida Governor Ron DeSantis to avoid running against her father-in-law in 2024 and suggested that he should wait until the 2028 election for his potential presidential bid.

“Are You Ready for Trump 2024?” Wonders Matt Gaetz

I don’t blame you if the title sounds like a WWE announcement. The phenomenon is real. Former President Donald Trump made an official announcement of his third run for the presidency. And everyone is falling out of their seats, calling for Trump to “drain the swamp.”