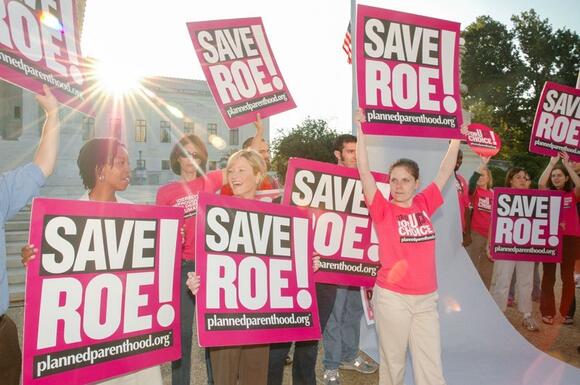 It seems like more women are registering to vote in the midterm elections.

Political analysts said this is the result of the Supreme Court’s decision to overturn the ruling in Roe v. Wade and let states institute their abortion bans. Republican Gov. Ron DeSantis immediately signed a law to criminalize abortion and prosecute doctors who dare to provide care to women seeking one.

As you can imagine, these decisions triggered protests across Florida and United States.

Records show Florida added 87,000 new voters to its lists in only the first month following that June 24 ruling, a 22% increase over the same period last year.

Some 46% of them are men, and 49.6% are women. The remaining voters choose not to declare their gender.

Men had been out-registering women up until the day of the Supreme court's decision. This now marks a total reversal of the political trend that had been strong ever since women got the right to vote.

Abortion, therefore, has emerged as one of the main topics on the campaign trail for both candidates in Florida. The trend is somewhat apparent across all 50 states.

“Without a doubt, we are seeing an awakening of women across America in response to the Dobbs decision,” said State Representative Anna Eskamani, a Democrat from Orlando, Fl.

Abortion and other issues

Eskamani, however, said abortion should not the only issue Democrats must address.

“Right now, there are many issues that are top of mind for our constituents. There’s the economy and the challenge of affordable housing. There’s gun safety issues and concerns about educational systems, and there are reproductive rights,” Eskamani said. “And so I really do encourage Democrats to champion multiple issues.”

How do you feel about the latest awakening of women voters in Florida?