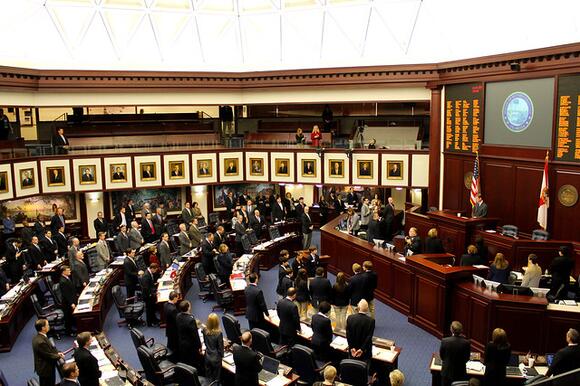 These grants are a new Florida program to boost economic and environmental resiliency. They also include some projects that were turned down after Gov. Ron DeSantis vetoed portions of a state budget that took effect July 1.

An allocation of $15 million was approved to build a facility for the Florida Flood Hub for Applied Research and Innovation program at the University of South Florida in St. Petersburg.

House Appropriations Chairman Jay Trumbull said the items on the list were intended to assist local governments, educational entities, or privately operated programs that support local initiatives. He added that none of these were “identical in amount or purpose to items that were vetoed” by the governor.

Amy Baker, the coordinator of the Legislature’s Office of Economic & Demographic Research (EDR), reported an overview of the long-term financial projections.

Baker and other economists assessed that the state general revenue will be $5.3 billion more than the projected budget for the current 2022-2023 fiscal year and the 2023-2024 fiscal year.

Baker also alerted mixed signals in the economy, which is affecting expectations of a “soft landing” in a nearing recession.

“There are a growing number of economists, including a big study that came out yesterday, that is saying it's not going to be a soft landing, the Fed is going to have to take much stronger action than originally envisioned,” Baker said. “And so, there is a disagreement between the economists on where we're going to end up.”

Florida had a higher-than-anticipated revenue collection for more than a year– with $3.85 billion over estimates for the 2021-2022 fiscal year.

How do you feel about the local support grants?