The Case For Not Eating Meat 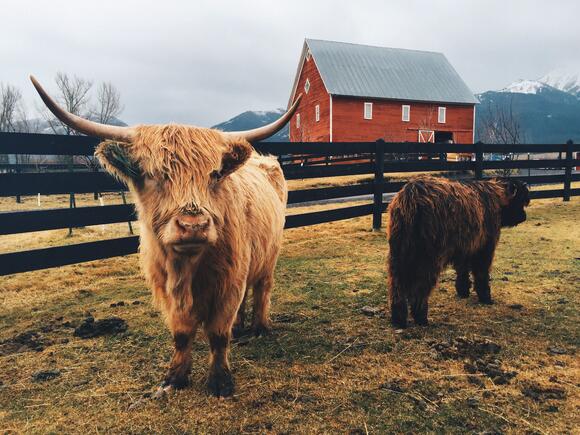 Photo by Luke Zwanziger on Reshot

Just let that sink in for a moment!

In the UK, the MetOffice holds data from 1853 onwards. That is a long stretch of time and out of all those months in all those years, last month was the hottest.

Something is seriously wrong!

What unites all these temperatures is that they broke the national records for the hottest temperature recorded in their respective countries.

When we delve into this further, we see that six European countries experienced record temperatures during June and July, Belgium, France, Germany, Luxembourg, the Netherlands and the United Kingdom.

All of these countries are located in Northern Europe and are not used to experiencing summer temperatures such as this. Indeed, as an Englishman, seeing the temperature record coming in at 38.7 °C (101.7 °F) is very surreal!

This is a clear sign that the Earth is getting hotter and we need to take drastic action before it gets too late. Most of the solutions revolve around reducing our carbon emissions which will allow us to rein in the runaway warming that we are experiencing.

Most of the talk around this is in regards to emissions from cars, power plants and other heavy industries. However, there is one area where we can reduce our emissions that would have a gigantic effect.

It’s something most people don’t consider when they think of emissions, meat consumption. Specifically, the consumption of beef.

Till The Cows Come Home

Cattle farming is one of the biggest producers of carbon emissions on the planet. On average, a cow releases between 70 to 120kg of methane per year. That is the figures for a single cow.

Then there is the fact that methane is roughly 30 times more potent as a heat-trapping gas than carbon dioxide. These are genuinely scary numbers!

While cows are not alone in releasing emissions into the atmosphere, they release much more than chickens, sheep or pigs. Indeed, it’s estimated that cattle account for 65% of all emissions from livestock across the globe.

These numbers paint a stark reality of our relationship with the food we eat and the damage it is doing to the environment.

The numbers continue to get worse…

A 2013 report by the Institute for Mechanical Engineers states that every one kilogram of beef produced requires 15,000 litres of water, while the same amount of potatoes requires just 287 litres.

This is simply not sustainable. Most population estimates suggest that the Earth will be home to 9.8 billion people by 2050 and 11.2 billion by 2100. If we carry on with our current level of meat production and consumption, there will not be enough land or meat to go around.

We need to radically rethink the way we eat food. As more and more countries develop economically, they will begin to eat more and more meat. With a rapidly expanding population, temperatures rising and a planet that is running out of space, changes are needed and fast!

What Can We Do?

The simple solution is to stop eating meat. This may sound drastic and for some people it is, but when you are confronted with the numbers and what the future holds, it will almost certainly happen.

We cannot continue down our current path in regards to meat production, that much is clear. We have already established that is terrible for the environment and that is to say nothing for how the animals are treated, the antibiotics and hormones they are treated with, which all end up in our bloodstream and drinking water.

One way or another, we have to curb back our meat-eating habits. But, there is another aspect to all of this, one that is underappreciated. That is the rise of companies such as Beyond Meat which offer plant-based meat substitutes.

This is the future of food and it is here now! Within five to ten years, these products will be much more commonplace. They will cost less to produce and will be much less harmful to the environment than the real thing.

The question of eating meat will then become a predominately ethical one. Should we eat meat at all, when we can produce almost the same thing in a lab and spare millions of animals the misery of living in confined and hellish conditions?

There will be those that demand to eat meat because they always have done and don’t want to change. Well, they will still be able to, but it will cost much, much more than it does now.

Of course, these are merely predictions and I am by no means an expert, nor do I have the ability to look into the future. This is an educated guess at best.

However, something needs to be done. Otherwise, we risk slipping into a climate crisis over which we have no control and no means of escape. There is nowhere else for us to live. The Earth is all we have.

Eating less meat and even cutting it out altogether is one of the best ways to reduce our carbon footprint.

Will it be difficult? Yes, of course, it will. No one likes change, least of all when it concerns their eating habits, but the choice is out of our hands. We have to change for the good of the environment.