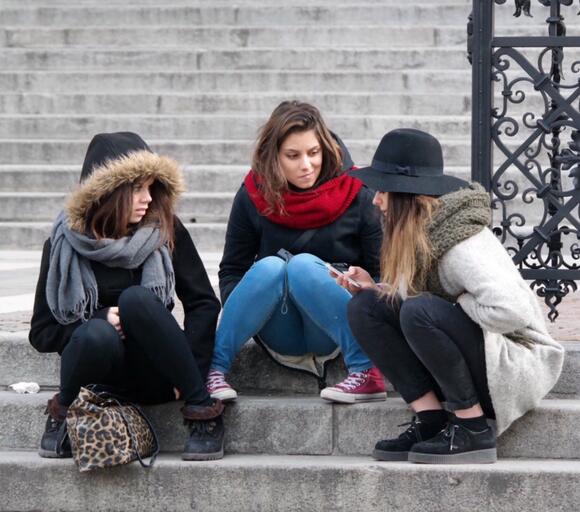 Photo by • jimdfs • on Reshot

As humans, we love to communicate with one another. Once we have learnt how to talk, there is no stopping us from having conversations.

Some of us like to talk more than others, but we all communicate in one way or another. While we may not think about how we talk to each other, what we say when we do reveals a lot about our character.

Whether we choose to be nice to someone or not, the words we use when we speak to other people say more than we realise.

It can be hard to keep your feelings in check when talking to someone you don’t like, but the ability to keep your thoughts in check is difficult. There are times when we would love nothing more than to let these people know what we truly think of them.

While it may seem like a good idea in our mind’s eye, the reality is almost always different from reality. Sometimes, the best policy is to maintain dignity, even when every fibre in our being is raging against it.

In moments like these, it’s important to remember this quote: “If you can’t say something nice, don’t say anything at all?”

In a world where communication with each other is paramount and under increasing scrutiny, the words that come out of our mouths often reveal more than we realise or would like to know!

Words Will Never Hurt Me

One of the main ways to understand a person is to watch them interact with someone that is considered to be beneath them. The easiest way to do this is to go to a cafe or restaurant.

This is not to say that waiters are beneath everyone, but the nature of the job means that they are subservient to virtually anyone who walks through the door and places an order.

How that person interacts with the waiter reveals a lot about their character. If they are demanding of the waiter, for no other reason then they feel they can be, then this is not a good sign.

If this is the case with someone working in a cafe, they are likely to be this way in their relationships with those close to them. It presents an air of privilege and entitlement.

On the other hand, if the person interacting with the waiter is respectful, friendly and humble, then chances are that is how they are in their everyday life too.

I understand these are generalisations and someone could be having a bad day if they are giving the waiter some grieve. However, I feel that these observations hold true in most cases.

Whether it comes down to a lack of empathy with other people, I don’t know, but I do know that as someone who worked in a similar environment, the people that talk to you like you are beneath them, are not the friendliest or nicest people.

I would often replay these moments back in mind when I encountered someone who talked down me. I often wondered whether I had done something wrong, or whether it was just the way the other person was.

It would be nice to say that these moments didn’t hurt, but they did. Words have a way of sticking with you much longer than physical pain. I have been hit by a car twice while cycling, but I cannot remember the pain as vividly as something which has been said to my face.

The truth is that words cut deeper than physical pain, as much as we wouldn’t like to admit it.

Think Before You Speak

I have written before about the way people talk saying more about them than they realise. The same is also true of the way you speak to other people. When you communicate with someone else, you are exposing a piece of yourself to them.

How you answer their questions, how you talk about others. It all comes back to how you view the world and the type of character you possess.

One form of communication to be wary about is gossip. It was Eleanor Roosevelt who said:

The events that you are talking about might have some context that you may have missed. The person may be misunderstood. There are many reasons why gossiping about people is not worth your time.

We are all in the same boat. We are all trying to make our way through this complicated existence that is life. It would do us no harm to talk to each other with a degree of compassion and understanding.

We work better when we pull each other up instead of putting each other down. It’s important to remember that the next time we interact with someone else.

Throughout the pandemic, there's been a lot of uncertainty. Will we get a vaccine? Is this current wave over? And, what the hell is Trump up to? Thankfully, the last one is no longer a concern.