It’s Ok To Ask For Help 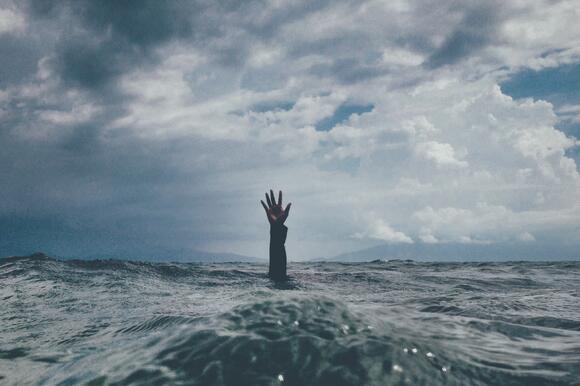 Photo by nikko macaspac on Unsplash

If you were asked to describe the average man, Charles Whitman would fit the bill.

He was born in Lake Worth, Florida, the eldest of three sons. Whitman was described as a smart child and was reported to have an IQ of 139. He enlisted in the Marine Corps after he graduated from high school and enrolled at the University of Texas to study mechanical engineering.

It was there he met Kathleen Frances Leissner, who was studying for a degree in Education. After a courtship of four to five months, they announced their engagement on 19 July 1962. A month later, they were married.

His life appeared to mirror that of most Americans on the outside, however, Whitman’s life would play out differently. On 1 August 1966, he murdered his wife, mother and fourteen other innocent people from the 28th floor of the Austin University Tower.

While this may sound a familiar tale with the recent spate of shootings across America, there is an angle which makes Whitman’s story different and altogether more tragic.

During the autopsy on his body, coroners found a malignant tumour pressing against Charles amygdala, the centre of the brain responsible for regulating emotions and controlling impulses.

The investigation found that Whitman had been keeping a journal, the Daily Record of C. J. Whitman, at the time of the shooting and for a few years before. This journal detailed the emotions and strange thoughts he was having.

In a prescient entry, Whitman stated he could not explain the thoughts he was having, or why he was about to do what he did:

I do not quite understand what it is that compels me to type this letter. Perhaps it is to leave some vague reason for the actions I have recently performed. I do not really understand myself these days. I am supposed to be an average reasonable and intelligent young man. However, lately (I cannot recall when it started) I have been a victim of many unusual and irrational thoughts. These thoughts constantly recur, and it requires a tremendous mental effort to concentrate on useful and progressive tasks.

Whitman had sought help, visiting the University Doctor, Jan Cochrun, who prescribed him with Valium and suggested he seek the help of campus psychiatrist, Maurice Dean Heatly. Whitman met with Heatly on 29 March 1966, but he did not return to meet with Heatly again.

Charles Whitman was an intelligent and rational man, but he could not explain what was happening to him, nor did he seek further help when his condition deteriorated.

He suffered from a flaw that is all too common, being afraid to ask for help. We often feel like we must soldier on in the face of adversity instead of asking for help when we really need it.

No Shame in Asking

In our day and age, mental health problems are escalating. The World Health Organisation (WHO), states that one in four people will suffer from a mental health issue at some point in their lives.

I have suffered from mental health issues myself. I suffered debilitating panic attacks while I was living in Barcelona and upon my return home to the UK. There was no way I could have dealt with this alone, as much as I wanted to.

I had no idea what was going on during my first attack, I thought I was having a heart attack at one point! After a trip to the hospital and then to my local Doctor, I was enrolled in a mental health course to help me deal with the issues.

By this point, I had been struggling with the issue on and off for a couple of months and whenever I thought I had my anxiety under control, it would rear its ugly head again.

I was sceptical about going to the course, but I had no better option. Continuously suffering panic attacks was not something I wanted to countenance.

Instead of the course being a waste of time, as I feared it might be, it turned out to be extremely useful and informative. The speakers explained the ins and outs of panic attacks, why people have them, what happens to our bodies during them, and the aftermath.

This all made perfect sense to me, and it explained a lot of what I had been feeling. When I left the course, I felt much better about myself and my situation. Since then I have had a much better handle on my mental health, which I credit to going on the course and acknowledging that I needed help.

I could have stuck it out and tried to fix things myself, but I didn’t have the tools to do so. I needed to place my faith in professionals whose job it is to deal with these issues. Not doing so, would be stupid and arrogant.

You may not feel like asking for help, you may feel like you are weak for doing so, but you are wrong. Not asking for help and thinking you can handle the situation yourself is a sign of weakness, not strength.

There is nothing strong about suffering in silence.

This is what Whitman did. Had he sought further help instead of simply accepting that there was something wrong, he may not have committed the atrocities that he did.

Alas, that was not the case. While the majority of us will not carry out something as heinous as Whitman did, we will have moments where we have a clear choice to make, moments when we feel weak and helpless.

You have a responsibility to yourself and those you love to seek help if you think you need it. You may feel like you are doing the right thing by struggling on, but you are acting selfishly.

Just because you are asking someone for help does not mean you are relying on that person wholeheartedly. No, it means you are leveraging their experience in a field to better yourself.

You cannot go through life alone without the help of others. When we are young our parents, teachers and family help us. When we are old, our children and carers take care of us.

Throughout our lives we need help. Embrace this fact. We are stronger and better together than we ever can be by ourselves.