I Was Scammed Again. This is What I Learned.

With a shaky economy, people are trying to scam you out of your money 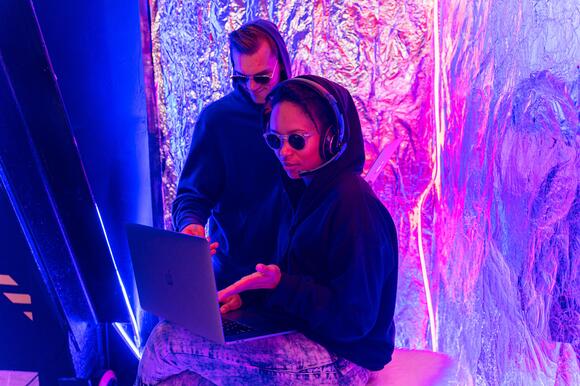 Photo by Anthony Shkraba from Pexels

I must be the king of getting scam offers because I received another scam over the past week. Since this is not my first time getting scammed, I was able to pick up the signs very early. Let me run through some details you should take note of in case you run into a similar scam. This scam almost cost me $7,470.

Recently, I have been applying for new writing jobs online. My Linkedin and Indeed profile show that I am actively looking for new jobs either in the writing field or operations based on my time in the military. I’m trying to keep my options open.

One day, I received a text message from 281–929–8994 (or 313–583–9176 which showed up on my phone). I asked who it was and the person asked if I was looking for a job. I said yes and the person told me to contact Aaron Piercing on Google Hangout for an interview. I was still skeptical at this point but contacted Aaron.

Within 30 minutes, Aaron sent me a message on Google Hangouts. After a few minutes of messaging, he gives me a good rundown on a job with a foreign company. The company was Elitech Group that operates in Puteaux, France. I did a quick search for the company online to see what the company did.

At this point, I was getting a little comfortable, but still cautious. Do companies really do interviews over Google Hangout? Aaron said I would either be an administrator or in the operations field. He said I could pick what I wanted to do after going through the training. At this point, I told him I was ready to get started. For the following day, he said I should check in with him on Google Hangouts at 8 am. Aaron sent me a message at 7:30 and asked how my evening was.

From there he said I could get started after the company sends me money to buy computer equipment from one of their vendors. The equipment consisted of:

I noticed the Windows version was an older version but was thinking if the company was paying for this then I’ll work with it. Aaron went on and said that the company would send me a check to pay the vendor. I agreed and Aaron sent me a check for $4720 that I deposited in my bank account.

Aaron followed up and wanted me to respond once I received the check and made a deposit to my bank. I told him it was in my bank and the money was on hold. Over Google Hangout, he assured me that the company had made similar purchases before and that I should place an order with the vendor.

I told him again the money was on hold with my bank. I didn’t want to use my money to buy supplies for this job. Aaron was fine with that, but he told me to keep him aware of the status of the check.

During this time, I called my bank because I wanted to find out what would happen if the check was a bad check and would bounce. The bank operator told me I would get charged $5. She said to ignore that there was money sitting in my account and just to wait. So I did that.

Aaron messaged me the following day and checked on the status of the check. I told him it was still on hold. He repeated that the company checks always went through without any issues.

Aaron wanted me to do some work with the company and said he would send a second check for a smaller amount. The second check was $2750. At this point, I was getting very skeptical. Why would he send me a second check? I was thinking he wanted me to use my own money and send the money to his vendor.

It’s easier to fool people than to convince them that they have been fooled.
Mark Twain

Now the scammer was starting to slip and clues showed up in his work. The first check was for $4720 from BBVA bank. This check was from a DBA in Florida. At that point, everything looked fine.

Then I became more suspicious when I look at the second check. This check was for $2750 and from Chase bank. The check was from Susan Jo Thomas in Indianapolis. To me, this was very confusing. Why would Aaron send me a completely different check and from a different bank account? I also noticed the signatures were different on both checks.

After he sent me the second check, I let the check sit in my email and ignored his messages. I was going to wait until the first check cleared before I would message him. It was only another three days before I would hear from my bank since it takes about a week for the bank to verify a check.

Then I received another text message to deposit the check. I ignored this message as well. Something was telling me this group was getting desperate and wanted to get their money.

I’ve learned that I still have a lot to learn.
Maya Angelou

My bank was finally able to verify the check. The check bounced and I was charged $5. I haven’t heard from Aaron since he stopped messaging me.

I researched that this is a new scam that is starting to occur. Scammers are sending people a bad check and hoping they send money to a fake account. The money would go to the group involved in the scam.

If you get run into similar situations, be careful. There are a lot of scams out there. Scammers are out there trying to take your money from you in any way possible.

2. If a stranger sends you a check to deposit, expect the check to bounce.

3. When a job offer is not over the phone, Skype, or Zoom, be very careful.

4. Do your research on any company offering you a job.

Have you been scammed before?

Denver is Preparing For an Influx of Migrants From Texas

Venezuelan migrants are crossing the United States and Mexican border in higher numbers since they started arriving over the past 14 years. President Joe Biden granted Venezuelan migrants temporary protected status for 18 months.

The number of migrants that have crossed the border in 2022 is over 2 million people. This is up 25 percent from a year ago. States bussed or flew many of the migrants to sanctuary cities in the United States.

Mayor Adams Wants to Use Cruise Ships to House Migrants

Mayor Eric Adams wants to use cruise ships to house migrantsScreenshot from Twitter. New York Mayor Eric Adams is currently in talks with Norwegian Cruise Ship on housing the migrants for six months until the tent shelters are complete. Adams believes the migrants could surge up to 75,000 people which would severely overwhelm the city's resources. An estimate of 14,600 migrants have arrived in the city and some were bussed from Texas by Governor Greg Abbott who started sending them to New York City in August.

City Councilman is Forced to Resign Over a $75 Million Disagreement

Texas Residents are Receiving an Extra $250 a Month - Are You One of Them?

Dallas City Council agreed to a plan to provide money to disadvantaged families. The initial idea is to give $250 a month to 325 families for one year. This equity plan was passed by Dallas City Council in August. This is the first time the city has given money to residents.

Ad attacking Governor AbbottScreenshot from Mi Familia video. A new ad came out and attacks Texas Governor Greg Abbott. Abbott is running for re-election against Democratic challenger Beto O’Rourke for the seat in Austin on November 8.

By now, you have heard about the migrants entering in large numbers into El Paso. What you haven’t heard from public officials is not always 100% correct. Sometimes you need to read between the lines or do some research on your own.

What You Need to Know About The Biggest Debate in Texas - Beto O'Rourke vs. Governor Greg Abbott

Governor Abbott and Beto O'Rourke debateScreenshot from Twitter. On Friday night, Texas residents will have time to see Texas Governor Greg Abbott and Democratic candidate Beto O’Rourke as the two debate live. This is the only debate scheduled between the two who have campaigned for months for Texas Governor. The election is set for November 8 and the debate should help some undecided voters determine who they want to see as the next Texas governor.

Migrants Surge to 1,452 as Chicago Welcomes Them

Chicago has now welcomed 1,452 migrants since they began arriving at the beginning of September. Texas Governor Greg Abbott began bussing migrants out of his state which sees about 1,000 or more migrants each day as they cross the border from Mexico to Texas.

Governor Abbott is sending Task Force 1 to Florida as they prepare for Hurricane IanScreenshot from Twitter. Texas Governor Greg Abbott announced on Tuesday afternoon, he was deploying Texas A and M Task Force 1 to assist residents in Florida as they prepare for Hurricane Ian. The deployment is part of the Federal Emergency Management Agency (FEMA).

Mayor Eric Adams and migrantsScreenshot from Twitter. Five buses arrived in New York City on Tuesday as the city is building up tent city in the Bronx. Tent city is not a permanent home for migrants but a temporary home to facilitate their transfer which is expected to last up to four days.

Chicago is a Welcoming City as They Support Over 1,000 Migrants From Texas

Governor Abbott, Mayor Lightfoot migrantsScreenshot from Twitter. Chicago announced there were 1,177 migrants that were bussed from Texas. The initial arrival of migrants started on September 1 with the initial busses.

New York Mayor Believes There Could be 75,000 Migrants as Tent City is Created

Mayor Eric Adams is creating a tent city for migrantsScreenshot from Twitter. Mayor Eric Adams wanted to house the migrants in tents in a Bronx parking lot which is drawing some criticism from local leaders. Borough President Vanessa Gibson is one of them.

Mayor Muriel Bowser and migrantsScreenshot from Twitter. The Washington D.C. Council voted unanimously to approve legislation that would help migrants and the community. Last week, the council approved the Migrant Services and Supports Emergency Act of 2022.

On Saturday, Beto O’Rourke made a stop in Austin. O’Rourke spoke at the Texas Tribune Festival and paid no attention to the recent poll that showed he was nine points behind Governor Greg Abbott.

Governor Greg Abbott and Beto O'RourkeScreenshot from Twitter. You may be aware that Democratic challenger and Republican Governor Greg Abbott will debate for the one and only time this Friday, September 30 in the Rio Grande Valley. The event will be broadcasted and streamed online.

Mayor Adams and Governor AbbottScreenshot from Twitter. To handle the surge of migrants, New York Eric Adams wants to open more shelters since the number of migrants has overwhelmed the city's homeless structures.