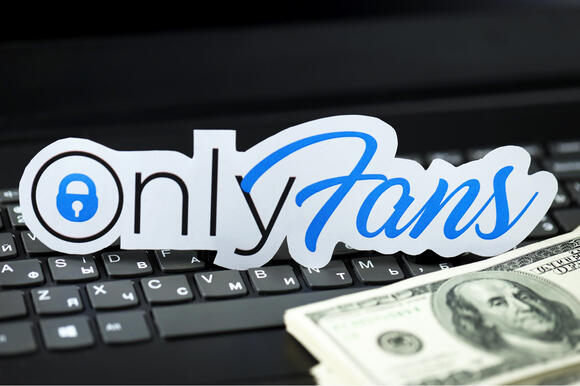 A Florida mom, Victoria Triece has announced she'll be suing the Orange County school district for $1 million after having been banned from volunteering at her young sons' school. The reason behind the ban? It was discovered that she has a page on the content subscription website, OnlyFans - where subscribers can access explicit content that she creates.

Her page came to the attention of the school board after another parent anonymously gathered evidence and sent it to the school board. Ms Triece, whose sons aged 5 and 10 are students at Sand Lake Elementary school, is outraged at being banned from volunteering - something that she's done for years.

Speaking to WESH-TV Ms Triece shared her anger at the actions of the parent who notified the school, and at the school board for their response:

"Nobody has the right to judge what other people do for a living. I feel judged, and so isolated"

Ms. Triece also has a public Instagram page where she shares other, non-explicit images, and which have earned her quite a following online. As can be seen from comments on a recent post taken from her Instagram page, many have provided support and encouragement in the aftermath of her treatment by the school board:

The rise of OnlyFans

During the COVID-19 pandemic when many were facing a loss of income and uncertainty over how they could continue to provide for their families, some people began exploring ways of making money online by creating and selling content. OnlyFans was just one website that provided opportunities for creators to sell their content, and while it wasn't intended to be solely used for the sale of explicit content, that seems to have been where much of its business has since come from.

Between March and June 2020 alone as the pandemic took hold, over 450,000 new creators signed up with OnlyFans. The site was also seeing around 200,00 new customers signing up per day in the same period - numbers that were allowing the most successful creators to make in excess of $100,000 per year on the site.

Earlier this year OnlyFans did a rapid about-turn after briefly announcing that it would be banning and removing adult content from the site, after outrage amongst customers and creators. The site has clearly evolved for a particular kind of content and creator, in spite of whether this is what its founders intended or not.

Should this be an issue for the school?

Given the rise of OnlyFans, it seems clear why creators like Ms Triece have taken to the site as a means of making money and supporting their families. Whilst it's not the sort of job that parents might talk openly about, if it complies with local laws there would seem little reason for her to be banned from volunteering at her kids' school.

What do you think about a mom being banned from volunteering at her kids' school for having an OnlyFans page? Do you think this should prevent her from being actively involved in her kids' education? Let me know in the comments section below.

A study reported on November 11 reveals that Florida is leading the nation in the number of prisoners currently incarcerated for life, with zero chance of parole. This is largely due to its two-strikes rule which states that criminals who have already been imprisoned for one crime may receive a life sentence if they reoffend once released - regardless of the crime.