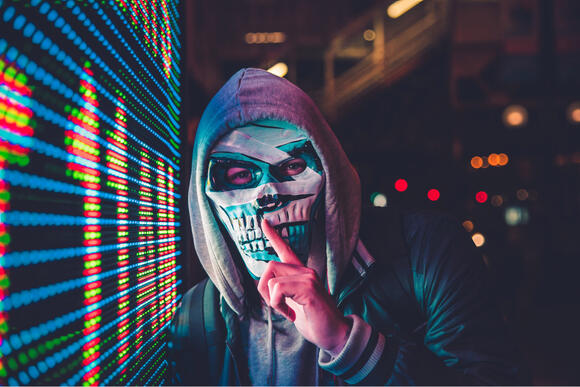 CyberattackPhoto by Max Bender on Unsplash

The Iowa firm New Cooperative, admitted this week that it has been the latest victim of a large-scale Cyberattack - a ransomware attack by the BlackMatter consortium of cyber criminals. BlackMatter infected New Cooperative's systems with ransomware, and demanded a ransom of $5.9 million before they would return control of the network.

The attack forced New Cooperative to temporary halt its business and shut-down computer systems which threatened its ability to continue the supply of grain that is supplied as animal feed to livestock and poultry farms. The cyberattack is the latest in a number of other high profile incidents that have occurred this year, including that of the Colonial Pipeline and JBS, the worlds largest meat-packer.

Both these events, while eventually resolved (by the companies paying the ransoms demanded) led to supply shortages that affected average Americans. Colonial Pipeline was forced to pay a ransom of $5 million in Bitcoin to the hackers that infected its networks. The shutdown of the pipeline that carries gasoline from Texas to the East Coast USA caused panic buying and fuel shortages.

In a statement issued by the company, it was confirmed that systems had been taken down by their own system administrators as a precautionary measure while the hack is resolved:

“Out of an abundance of caution, we have proactively taken our systems offline to contain the threat, and we can confirm it has been successfully contained,” - New Cooperative

The hack demonstrates once again that while such events can cost businesses financially, often the effects are felt by average Americans on the street who are impacted through the loss of supplies they rely on.

The COVID-19 pandemic disrupted supply chains all over the world. While businesses are now trying to recover, food shortages are being witnessed in the USA and across the world. Cyberattacks such as the one suffered by Iowa's New Cooperative have their impacts.

The combined effects of these things could well be that we get used to seeing empty shelves in supermarkets as supplies of goods fails to keep up with demand. The opportunistic cyberattacks by criminals, often from within Russia are making an already complex situation worse. We can only hope that there are fewer such attacks in future, and that businesses make themselves better prepared for and protected against cyber criminals.

How well prepared are you for a cyberattack on your home or business? Do you even consider such things a threat? Let me know your thoughts in the comments section below.

Marjorie Taylor-GreenePhoto byGage Skidmore, United States of America, CC BY-SA 2.0 via Wikimedia Commons. Ever since her personal Twitter account was reinstated, Georgia's Republican Marjorie Taylor-Greene has been making up for lost time in airing her most controversial opinions.

Governor Ron DeSantisPhoto byMatt Johnson, United States, CC BY 2.0 via Wikimedia Commons. On November 26 it was reported that Donald Trump had hosted the rapper Ye (formerly known as Kanye West) and renowned right-wing broadcaster and white supremacist Nick Fuentes for dinner at his Mar-A-Lago home in Florida.

On November 26, Georgia's outspoken Republican Marjorie Taylor-Greene gave residents of her state an early insight into how she intends to serve them following her recent reelection - by leading a Congressional Oversight enquiry into why she and other divisive and controversial individuals were banned from the Twitter platform by content moderators.

With the Republican party taking control of the House, the immediate priority of many House Republicans is emerging. On November 23, Matt Gaetz signaled some of his early points of focus.

It was reported on November 21 that former President Barack Obama will once again campaign on behalf of Georgia Democrat Raphael Warnock, ahead of the state runoff elections. The visit is due to happen on December 1.

Governor Ron DeSantisPhoto byGage Skidmore, United States of America, CC BY-SA 2.0 via Wikimedia Commons. On November 22 it emerged that Florida's legislators are considering another reversal of the so-called 'resign-to-run' law that has been chopped and changed many times in recent years.

The cost of defending her right to stand in Georgia. Marjorie Taylor-GreenePhoto byGage Skidmore, United States of America, CC BY-SA 2.0 via Wikimedia Commons. On November 21, less than 24 hours after her personal Twitter account was reinstated, Georgia's most divisive Republican - Marjorie Taylor-Greene - was streaming live to her supporters, in an apparent rant about the 'Death of Free Speech".

Picking up where she left-off before getting banned. On November 21, Georgia's controversial Republican Marjorie Taylor-Greene announced that Elon Musk and Twitter had reinstated her personal Twitter account - MTG had been banned from the site in early 2022 for spreading misinformation about the pandemic.

A Trump campaign could harm Herschel Walker's chances. On November 20, it was reported that various senior Republicans in Georgia have pleaded with Donald Trump's team, asking that he doesn't campaign in the state until after runoff elections have been held later this year.

Governor Ron DeSantis Brags: “If People Want To Know How To Conduct Elections, Look What Florida Does”

All votes were counted while dealing with a hurricane. Governor Ron DeSantisPhoto byMatt Johnson, United States, CC BY 2.0 via Wikimedia Commons. On November 19, Florida's Governor Ron DeSantis - newly reelected - spoke to the Republican Jewish Coalition's annual summit in Las Vegas where he proudly spoke of his victory. During his address, he also described the success of Florida's electoral system, that counted all the votes cast within 24-hours, at the same time as dealing with the effects of Hurricane Nicole.

Governor Ron DeSantisGage Skidmore, United States of America, CC BY-SA 2.0 via Wikimedia Commons. A feature of the November midterm elections was that the predicted 'red wave' was not as convincing as many within the GOP had predicted, and that many candidates endorsed by the former one-term president Donald Trump, fared much more poorly than expected.

Billionaires drawn to DeSantis after success in midterms. Governor Ron DeSantisMatt Johnson, United States, CC BY 2.0 via Wikimedia Commons. In a week when the former one-term president Donald Trump announced he would be campaigning to become the President of the United States in 2024, it seems that many who he may have relied on for support are jumping ship - including many of the Republican party's most affluent financial donors.

MosquitoPhoto by Егор Камелев on Unsplash. Thanks to its warm, humid climate, mosquitos are a fact of life in Florida. Now, according to recent data from Climate Central, the mosquito season in the Tampa area is growing longer with mosquitoes thriving in temperatures of between 50-95°F — Tampa Bay's sweet spot.

Will the controversial bill overcome first hurdle?. On November 17, a Florida Federal Judge blocked the law pushed by Republican Gov. Ron DeSantis intended to restrict teaching of race-based theory in colleges. The so-called 'Stop WOKE Act', approved by the senate earlier this year was issued with a temporary injunction yesterday, with District Judge Mark Walker calling it "positively dystopian".

On November 17, fresh from reelection, Georgia Republican Marjorie Taylor-Greene had a busy day at the office. First, flanked by other of the more controversial members of the GOP, she introduced a resolution to enquire into the spending of U.S. tax dollars on aid to the Ukraine.

When the former one-term president Donald Trump announced his candidacy for president in 2024 at his Mar-A-Lago home in Florida on November 15, he presumably intended it to be a big deal. And yet, a review of the media coverage given to the event, especially by conservative media outlets was minimal.

Marjorie Taylor-Greene and Donald TrumpShutterstock. On November 15, as the former one-term president Donald Trump announced his candidacy for the 2024 presidential election, many of his most-loyal supporters were quick to declare their support.

As Trump Announces He’s Running for President, His Fans Trample on a DeSantis Flag Outside Trump Tower

Trump feeling threatened by Florida's governor?. On November 15, the former one-term president Donald Trump did what had been expected and announced his candidacy for the 2024 Presidential election - what he called a "quest to save America".

Marjorie Taylor-Greene Says That “Our Elections Are the Laughing Stock of the World”, As Another Trump Candidate Loses

On November 15, as Kari Lake - another Trump-endorsed candidate - saw their election hopes turn to dust, Marjorie Taylor-Greene took to Twitter to complain about the state of the U.S. electoral system.

Now that Governor Brian Kemp of Georgia has secured another term in office, following the recent midterm elections, some of the citizens of his state are renewing pressure on state legislators to reconsider the legal status of marijuana.