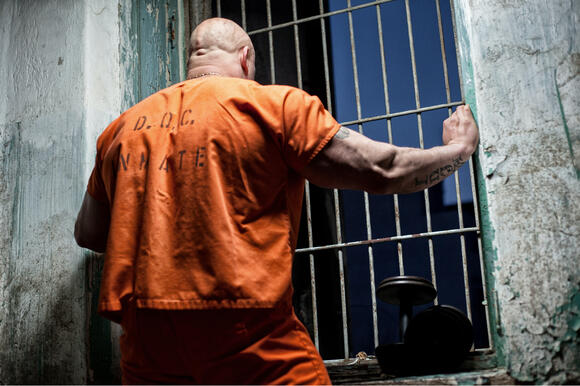 On September 17 Governor Hochul signed into law the state's controversial new 'Less Is More Act' - a legal change that will remove the automatic incarceration for those alleged to have committed misdemeanors and who are awaiting trial including for marijuana use, parole violation and missed curfews.

The bill is expected to see several hundred people back onto the streets as the are released in line with the new law - on September 19 for example, there were 170 people in jail across New York City for parole violations alone.

Simultaneously, Gov. Hochul announced that 191 detainees will be released from Rikers Island.

An appropriate response or a reaction?

The new law comes into force around the same time as a recent spate of deaths at Rikers, which are alleged to be largely due to over-crowding and inadequate supervision of inmates. It could be the case that Governor Hochul's actions are a response to the needless deaths of those who are being detained for minor infractions - this alone could reduce over-crowding.

There will be those who wonder though, whether the response is entirely appropriate given crime across the city and whether the correct action is simply to raise the bar for the seriousness of offences that warrant the offender being detained?

Saving resources for those who need to be jailed

The 'Less is More Act' seems to be about more than just the seriousness of crimes and looks to be a means of tackling the volume of people incarcerated and awaiting trial for non-violent or less-serious offences. Consider the current make-up of New York City's prison population as at September 19:

The effects of the 'Less is More Act' in practice could well be that the reduced numbers of people in jail for relatively minor infractions may allow jails to focus their attentions on the more serious criminals who are better kept off the streets.

Meanwhile, law abiding New Yorkers may find themselves worried that the larger number of offenders that are released, or no longer incarcerated while awaiting trial could have knock-on effects on crime levels witnessed in the city.

Time will tell what the effects of 'Less is More' amount to.

What do you think about Governor Hochul's new law? Are you in favor of those who commit less serious crimes being allowed to remain out of jail while awaiting trial? Let me know in the comments section below.

He had a history of threatening neighbors with his gun. Police incident tapePhoto by David von Diemar on Unsplash. A Florida man was arrested and charged with second-degree homicide this week, after shooting one of his neighbors twice with a .22 rifle.

Since students returned to the classroom after the summer, many teachers have witnessed mayhem, often including violence and vandalism - seemingly prompted by the TikTok school challenge.

Insensitive given the Governor's wife is also suffering the same disease?. Since being appointed as Florida's new Surgeon General, it's quite clear where Dr Joseph Ladapo's priorities sit. Since Governor DeSantis gave him the job - with a $362,000 salary that exceeds his predecessor's by $123,000 - he has gone to lengths to reinforce the Governor's stance on COVID-19.

Social media can be blamed for many things, and Covington Police have speculated that a recent TikTok school challenge may be behind the recent attack on a 64-year-old disabled teacher in the classroom at Covington High School.

Fox News Hosts Admit the Network Has Vaccine, Testing and Mask Requirements – While Slamming Companies That Do the Same

As businesses across the USA reopen, most are trying to balance employee welfare and safety with the ongoing risk of breakthrough COVID cases. Many businesses are mandating that employees get vaccinated as a means of reducing the risk of further outbreaks and business closures.

Prices Are Rising For Used Trucks, Bacon and Apples in the USA - Life Is Getting More Expensive For Americans

Study shows that inflation and supply chain issues are to blame. New data reported by Statista.com on October 20 has shown that many things the average American relies upon are going up in price - drastically. This is largely thanks to inflation and the lasting effects of COVID-19 upon the economy.

$362,000 per year to promote the Governor's agenda. It has emerged that the new Florida Surgeon General, Dr Joseph Ladapo - recently appointed by Governor DeSantis - will be paid a total salary of $362,000 per year. That is more than $123,000 than was paid to his predecessor, Scott Rivkees.

Handgun firingPhoto by Tsvetoslav Hristov on Unsplash. On Friday October 15th, a 20-Year-Old college student - Humphrey Magwira - was shot and killed after causing an accidental collision. The shooter, 19-year-old Ramon Vasquez got out of his car and shot Magwira in the incident before fleeing the scene. He was captured on Saturday morning by officers from Fort Bend Sheriff's Department.

A stunned onlooker captured the moment an Amtrak train hit a semi truck that had grounded out on a level crossing on October 15th. The incident occurred in Thackerville near the border between Texas and Oklahoma - fortunately nobody was killed and only four passengers aboard the train were injured.

Avid dog lover, Cassandra Bergeron of Alabama recently shared a video to her TikTok page (@cassventures) as she flew 27 puppies from Alabama to Florida, in a bid to save the animals from being euthanised. Ms Bergeron and 2 of her friends were flown by a pilot aboard a light aircraft from Enterprise, Alabama to Orlando, Florida together with the animals who were destined to be destroyed.

A large Eastern Rat Snake has been photographed, stretched out along a tree branch in Congaree National Park, SC. A Facebook post from October 10 featuring the photo has gone viral after park rangers used it as a reminder for people to be careful when they encounter animals in the wild.

Green energy to be used in one of the most polluting industries. In Pueblo, Colorado major steps of progress have been made this month for both the local economy and the environment. The Russian steel processing company, Evraz has announced its intention to remain in the area following confirmation that the energy needed by the plant's electric arc-furnace.

A North Carolina man who rarely plays the lottery has just discovered his ticket won a share of the September 29 Cash 5 Jackpot - after taxes and withholdings he's $138k richer!

Cybercrime has been a big problem around the world in 2021, and South Carolina is having more than its share of problems. The FBI office in Columbia has reported that over $40 million has been lost to criminals online already in 2021 - more than was lost in whole of 2020. The trend is worrying to say the least.

Patriotic Kenny with his new scooterGoodwordnews.com. A 79-year-old Navy Veteran from Willernie, Minnesota - Kenny Jary found himself stuck at home after his mobility scooter failed recently. The veteran who'd served aboard the USS Okinawa was rendered immobile by the breakdown - meaning he could no longer get to church or meet his friends for coffee.

It was announced on October 7th that Carnival Cruise lines will resume sailing from Charleston, SC from January 13th 2022. It comes as welcome news for the city and its businesses who benefit from cruise passengers passing through, but also for those looking to vacation on board.

South Carolina Teacher Smacked in the Back of Her Head as Part of October TikTok Challenge – A New Low for Social Media?

Officials from Lancaster County school board have issued warnings to parents of their students on October 6 after an elementary school teacher in the district was smacked in the back of the head by a pupil in the classroom. The assault appears to have been carried out as part of a 'TikTok challenge' for the month of October - school kids are being encouraged to capture film of themselves smacking teachers.

On October 5th while making an official visit to Texas, Idaho's Governor Brad Little found the time to tweet a warning to his Lt Governor Janice McGeachin - that when he returns he will be reversing her executive orders, issued in his absence: