What if You’re Already Over the Worst?

What if it all gets a little easier from here? 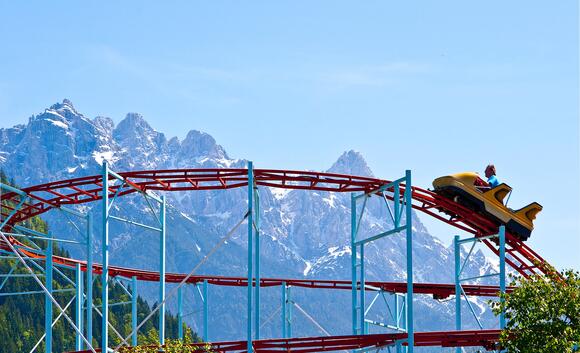 Photo by Michael Kroul on Unsplash

How often do you find yourself feeling despair that you've got so far to go in your life? Your enthusiasm for a new diet has long-since fallen away. The new project you started at work still has a long way to go and there's a lot of work to be put in.

But do you ever stop to think that maybe you’re past the hardest point? Have you considered that perhaps it might get easier from here?

Maybe there’s still work to be done, but do you ever contemplate that you’re well on the way at least?

Do you contemplate the worth of how much you’ve already achieved and allow yourself to feel a sense of satisfaction?

Whether you’re trying to make it as a writer, forge a successful career, or even find a partner for life, it‘s’ easy to feel demoralized if things aren’t going your way. Progress seldom comes as quickly as you’d like or at the scale, you feel you deserve.

Even when things are going right and you sense a momentum building, success still seems elusive — like it’s hiding somewhere over a vague and distant horizon.

What if you’ve already written the story that will eventually go viral? It’s shortly going to attract the attention and appreciation that it was always destined to receive — you just had to write it and publish it. You just had to trust in the process.

What if you’ve already had your big break and an army of true and devoted fans is quietly amassing in appreciation of your work? You’re just not aware of them yet.

What if your efforts have been recognized by someone who sees your brilliance and wants to help you succeed? Maybe they’re just trying to work out how to approach you and support your endeavors?

“Life is like being at the dentist. You always think that the worst is yet to come, and yet it is over already.”
-Otto Von Bismarck

When we feel stuck, the only thing that feels certain is that there’s more work to be done if we’re to get what we want from life. Rarely would we consider that the hardest part of the journey might be behind us. To acknowledge that possibility would be to give ourselves false hope. We might become complacent and scale back our efforts.

Instead, we convince ourselves that we have no option but to continue pushing forwards relentlessly with guts, grit and determination.

Resilience and tenacity are admirable traits but we need a little optimism too — to allow ourselves to believe that the efforts we’ve already put in will be recognized and rewarded. Accomplishment in life is usually measured in the amassing of a series of small wins - that gradually add up to bigger wins.

We need to celebrate successes - it's part of actually living life in the moment rather than deferring enjoyment until some unknown point in the distant future.

At the very least, we’re already on the path. That in itself is something to be prized and to feel good about. It takes guts to start a new project, or sometimes even just to get out of bed in the morning and get going. We deserve to recognise ourselves for such trivial achievements if they are the best that we can manage. Success will demand more of course, but getting going is a start.

Success in any venture is amassed through the compounded results from our many actions and choices. If we remain committed to putting in the work and trust the process, we deserve to expect that everything we do will tip the balance of fortune a little further in our favor.

We might even allow ourselves to contemplate that maybe we’re over the worst. That perhaps we've done the most difficult bit already and now it's all downhill!

Photo by Kayvan Mazhar on Unsplash

To be over the worst doesn’t mean success is assured if we take our foot off the gas. We need to maintain our resolve, pushing onwards to achieve whatever our goal may be. We need to keep writing, to keep working, to keep training and practicing. We need to trust the process.

The successes we can chalk-up along the way are our reward for the commitment and the efforts that we’ve put in so far. Celebrating those successes are the way that we maintain morale and keep our spirits up in the face of continued challenge.

If we don’t allow ourselves to recognize and appreciate our progress then we’ll likely end up feeling demoralized and lose heart. We may even quit. Part of motivation comes from the anticipation of what's still to come. We set a goal because we want to be inspired by what is in the future. But we don't want to become so fixated on that goal that we ignore the accomplishments of the present. We can't afford to ignore what we've accomplished already.

We might not be over the worst — it might not even be possible to define a ‘worst’ bit in our journey. I’d bet though that most of us (myself very much included) are prone to underestimating the worth of our efforts and the scale of what we’ve already achieved.

We may still have a long way to go, but we should never trivialize how far we’ve already come.

With Miami Art Week in full swing, the anonymous street-artist from the UK - Banksy - is celebrating the sale of another of his creations. A framed image of the beloved Peanuts cartoon character, Charlie Brown, portrayed as an arsonist, has sold for $4 million at the Maddox Gallery.

Florida’s Zero-Tolerance of Organized Theft Will Prevent It From Becoming Like California, Says Attorney General

ShopliftersPhoto by Andrew "Donovan" Valdivia on Unsplash. Appearing on Fox Business on December 2, Florida's Attorney General Ashley Moody was keen to emphasize that the state's new 'zero tolerance' initiative is intended to catch and punish greater numbers of organized criminals and repeat thieves.

American Airways FlightPhoto by Donna White on Unsplash. A Tweet from November 27 has been going viral, sharing an unbelievable video. It shows a stowaway emerging from the wheel well of a commercial aircraft that's just landed in Miami, from Guatemala.

Transparency requested even though he was in jail on January 6. Enrique Tarrio and Roger StoneEnrique Felix on Facebook. A federal subpoena has been issued to Florida's Enrique Tarrio - leader of the Proud Boys - in connection with his role in the J6 Insurrection.

"I am here by special divine appearance" he tells judge. In a special pre-trial hearing on November 29, a former Broadway actor and Michael Jackson impersonator - James Beeks, from Florida - managed to hold onto his pretrial freedom and was allowed to return from Wisconsin to Florida.