When Self-Reliance and Solitude turn into Introversion and Isolation

How being happy alone can become unhappy loneliness 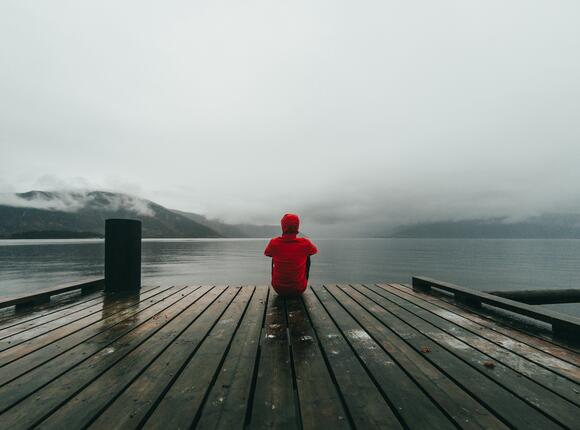 Photo by Fabrizio Verrecchia on Unsplash

I’d be lying if I described myself as sociable and outgoing. I’m not a loner by nature but I have no issue with being alone. I don’t need other people around me to feel comfortable and I don’t get a lot of joy from making conversation for the sake of it. I’m fine with silence.

It’s fortunate then that my life seems to have evolved such that I spend much of it alone. Until recently, I’d come to accept this as a facet of my life which suited me well. Of late I’ve been wondering if it’s an arrangement that’s working quite as well as I thought it did.

Life under COVID-19 has made solitude and loneliness all the more common.

I work from home, alone for most of the time. Aside from the occasional conference call, I work with music on in the background for company. I manage my own time, eat and exercise around my work and waste little time commuting needlessly or in drawn-out meetings.

When I go to the gym, I train alone with headphones in my ears and a thousand-yard-stare on my face, focusing on one exercise after the other. I don’t want to chat by the water cooler. I don’t want to compare notes on the latest supplements or dietary fads. I want to get in, do my workout and get out again.

When I leave the house for a walk or go to the supermarket, my headphones are again firmly planted in my ears. I’ll take them out as I go through the checkout and am polite and courteous to those I meet, but I’m not inclined to make conversation if I don’t have to.

I rarely socialise with friends spontaneously and am often looking out for a diplomatic escape from social occasions in case I want to make my excuses and leave. I see my closest friends once a month or less. I hope they understand me and don’t take it as a sign of me not caring. I hope they know they can reach out if they needed me and I’d be there for them? Maybe they do, maybe they don’t.

I even live apart from my wife for alternate weeks thanks to a somewhat complex co-parenting arrangement that I have in place for my kids from my first marriage. In the weeks I’m away from her, we text regularly, but a few days often pass between actual conversations.

It seems fair then to describe me as an introvert bordering on being an antisocial hermit. I wonder to myself whether this really is a problem?

Being happy in your own company

What it boils down to is that I just seem to prefer spending my time alone. I’m starting to worry that I’ve taken this to an unhealthy extreme.

Photo by Alex Iby on Unsplash

I’ve tried to justify why I’ve ended up this way:

As I write this list, I’ve quickly run out of justifications and explanations. Those I’ve written seem to have a decidedly defensive tone about them.

Perhaps that’s as good an indication as there can be that I’m not at ease with the current situation?

We humans seem to find it easy to come up with reasons why anything can seem like a good idea, like the preferable or most satisfactory option. It doesn’t usually take too much probing before the substance of our defences gets broken down when we’re trying to justify a situation that really isn’t working.

For a year or so now, in part since I read Sebastian Junger’s excellent book Tribe, I’ve been convinced that an innate part of the human condition is to live and interact as part of a collective and unified tribe of individuals, united behind a common cause. By taking an active interest in the lives of my nearest and dearest I’d convinced myself that I was servicing this need in myself adequately. An article published by Scientific American points out the importance of us as humans feeling a sense of belonging and connection - it's what we're wired for. For a long time I've been overlooking this.

Of late, the emptiness I feel when I’m apart from those I love most dearly is an indicator of a big gap in my life. This gap has been magnified by the absence of anyone else that exists in a wider tribe beyond my immediate family and select few friends; spending my time largely alone has served to make me feel isolated and lonely for much of the time.

I’d gotten used to accepting that as the norm, but I now recognise it for what it is — a problem in need of resolution.

And so, I will try and fill that void.

How to become sociable again

I don’t imagine that I’ll be seeking to surround myself with a vast circle of friends. I don’t expect to suddenly become a gregarious and outgoing version of my former self. That isn’t really what I aspire to either.

What I need, and what I hope will help to temper some of the feelings of isolation is to seek out a bit more daily human interaction in work and social settings. Instead of defaulting to being on my own and remaining in the safety and security of my comfort zone, maybe I need to open my mind to the possibility that life could be enriched by the company of others.

Perhaps it’s worth accepting a bit of disruption and a loss of some time in travelling, commuting and leisure pursuits if the resulting human contact helps to remove the feelings of solitude and isolation. It might be worth it if I feel part of a wider group, of a community, a tribe.

While I’ll still likely favour time alone by default, there’s a finer balance to be struck I think. We’ll see.

On December 2 Governor DeSantis announced his intention to reinstate the Florida State Guard - a private civilian-military force of 200 volunteers that would sit under his control. It's a move that has prompted speculation and skepticism over his motives and intentions for the force.

A knife-wielding attacker was shot and killed by police officers and Florida Tech security on the night of Friday December 3, after officers were called to the campus to investigate reports of a man threatening other students with a knife at a freshman residence.

With Miami Art Week in full swing, the anonymous street-artist from the UK - Banksy - is celebrating the sale of another of his creations. A framed image of the beloved Peanuts cartoon character, Charlie Brown, portrayed as an arsonist, has sold for $4 million at the Maddox Gallery.

Florida’s Zero-Tolerance of Organized Theft Will Prevent It From Becoming Like California, Says Attorney General

ShopliftersPhoto by Andrew "Donovan" Valdivia on Unsplash. Appearing on Fox Business on December 2, Florida's Attorney General Ashley Moody was keen to emphasize that the state's new 'zero tolerance' initiative is intended to catch and punish greater numbers of organized criminals and repeat thieves.

American Airways FlightPhoto by Donna White on Unsplash. A Tweet from November 27 has been going viral, sharing an unbelievable video. It shows a stowaway emerging from the wheel well of a commercial aircraft that's just landed in Miami, from Guatemala.

Transparency requested even though he was in jail on January 6. Enrique Tarrio and Roger StoneEnrique Felix on Facebook. A federal subpoena has been issued to Florida's Enrique Tarrio - leader of the Proud Boys - in connection with his role in the J6 Insurrection.

"I am here by special divine appearance" he tells judge. In a special pre-trial hearing on November 29, a former Broadway actor and Michael Jackson impersonator - James Beeks, from Florida - managed to hold onto his pretrial freedom and was allowed to return from Wisconsin to Florida.