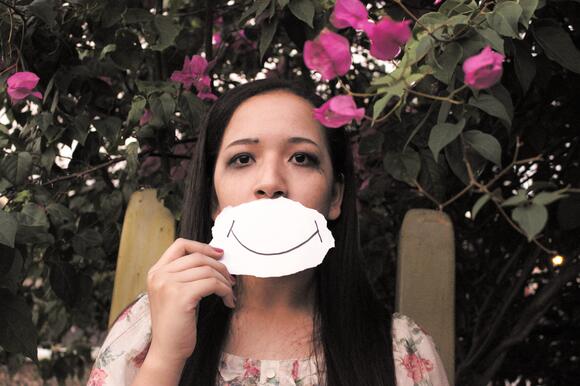 Photo by Ángel López on Unsplash

The accepted wisdom as a writer seems to be to stick with what you know. If you remain congruent with your values, experiences and interests, and write about things for which you are genuinely passionate, then the results will be positive and your work well received.

I guess that’s why one of my most often addressed subjects is parenting. My role as a parent is that which I place most highly in my life in terms of its importance. It’s simultaneously the greatest source of reward, and challenge in my life.

Parenting is a constant ebb and flow of easy times and harder times, just like life. The current phase I’m going through as a parent (my youngest daughter is 16 and my eldest will soon be 20 — a fully-fledged adult)can be at times both the most rewarding, and the most testing I’ve faced so far. I’ve co-parented my daughters for alternate weeks with their mother who I divorced when the girls were 5 and 2. It’s been a long journey.

I’m constantly seeking a balance between guiding them, helping them while trying to ensure they don’t feel smothered and letting them find their own way and express themselves in life.

It’s hard. Certainly not as hard as I can imagine it is for them and their contemporaries having to find their way in the world today, but hard nonetheless.

To profess that you have the answers as a parent is like claiming to have the power of alchemy, to create gold as if by magic. No matter how much you may feel like you have it all figured out in a given moment, sooner or later something will happen that throws everything into doubt and chaos again.

I share my experiences as a parent in the hope that others may benefit from the lessons I’ve learned. Perhaps something I’ve gone through may assist someone else facing something similar?

Through this piece, I’m hoping that others in a similar position as my kids, teenagers and young adults, may understand a little better the motives behind what their parents do and say.

My eldest daughter is now at university which means that during my parenting weeks, it’s just me and my 17-year-old together. We frequently end up clashing for no logical reason.

Disagreements typically begin with her getting annoyed by things that I do and say. The intent behind my words and my actions seems to get lost in translation and one or other of us then ends up feeling hard-done-by and demoralised; certainly that’s how it affects me, anyway.

I don’t know if this is an inherent feature of the dynamic between us as forty-something father and his teenage daughters, or if I’m just really bad at putting my point across. Maybe they’re really bad at taking things at face value?

Why can't I get them to understand that...

Either way, it seems the occasional difficulties could be avoided if they could only understand me better.

Like all parents, no matter what age their kids are from cradle to adulthood, I’m merely trying to do my best by my kids. I don’t have all the answers any more than anyone else does. I suspect that many other parents understand this.

I wonder how many older kids really understand this about their own parents and the motives behind what they do?

It’s a massive honour to believe that anyone may find value in my writing about parenting, but it doesn’t make me any more convinced of my indomitability in the role. I suspect that throughout my life I’ll always be plagued by a sense that I’m fumbling along, trying to find the best way.

I don’t consider that a failing though. I hope it’s a sign that I’m always trying to do better, to achieve a better balance for me and for my kids no matter what age they are.

For that reason I will continue to embrace the struggle, and continue to share my experiences.

Abbott and O’Rourke Clash in Texas Gubernatorial Debate – Guns, Immigration and Drugs Among the Topics Discussed

On September 30, Republican Governor of Texas - Greg Abbott took on his Democratic challenger in what will likely be the only statewide televised debate between the two before the November election.

Sign warning off lootersTwitter of ChristinaPushaw. As the cleanup operation begins in earnest after Hurricane Ian devastated Florida this week, Governor Ron DeSantis has been highly visible and present with his citizens, issuing regular updates to the people of Florida, and ensuring they know that help is available to them.

Will debate bring O'Rourke closer or extend Abbott's lead?. On Friday September 30, incumbent Republican Governor of Texas Greg Abbott will debate his Democratic challenger Beto O'Rourke. The debate is likely to be the only one before votes are cast, and it will be televised across the state.

Marjorie Taylor-GreeneGage Skidmore, United States of America, CC BY-SA 2.0 via Wikimedia Commons. On September 29, House Representatives voted on bill HR8888 - the 'Food Security for All Veterans Act'. The bill seeks to address food insecurity among working age veterans, broadening access to schemes such as food stamps that help to prevent those in need from going hungry.

Atlanta, Georgia Voted Best Place To Live in the United States for Its “Booming Jobs Market” and Its “Eye on Equality”

Atlanta Neon SignPhoto by Jeffery Erhunse on Unsplash. On September 29, Money magazine published its annual list of the 50 best places to live in the United States, and top of the list is Atlanta Georgia. It's the second time in 3 years that a town or city in Georgia has topped the list; in 2020 Evans, Georgia was number 1, while in 2021 Chanhassen, Minnesota claimed the top position.

On September 29 as Hurricane Ian left scenes of devastation and wreckage across many parts of Florida, Governor Ron DeSantis thanked the 26 states that have dedicated help and support in advance of, or since the storm hit land, notable among them - Alabama.

On September 27 the North Carolina Education Lottery announced its latest big winner - a warehouse worker from Northampton County who bought the $10 scratch-off ticket as part of her weekly gas-buying routine.

Meanwhile, President Biden emphasizes vaccines for hurricane preparation. On September 27 as Hurricane Ian threatened to hit the gulf-coast of Florida, endangering the lives of Americans in the south east United States, Governor of Texas Greg Abbott was keen to assist. He mobilized a Texas A&M task force, comprising of an urban search-and-rescue team of 45 personnel, 4 boats, and 2 canines. The team will be one of 28 teams deployed by the Federal Emergency Management Agency (FEMA).

As Atlanta Braves Visit the White House, Biden’s Press Secretary Suggests a “Conversation” Is Needed About a Name Change

On September 26, the Baseball World Series Champions for the 2021 season - the Atlanta Braves were invited to the White House for an audience with President Joe Biden to recognize the Georgia team's achievements.

Governor Abbott Brags of Having Transported 11,500 Illegal Immigrants From Texas to Sanctuary Cities

Drawing criticism for treating immigrants as "pawns" On September 26, Governor of Texas Greg Abbott shared details of the total number of illegal immigrants that have been relocated to so-called sanctuary cities around the United States under 'Operation Lone Star'.

Over 41,000 New Yorkers Have Moved to Florida in 2022 After Their Governor Urged Republicans in the State To Leave

A report was published on September 20, showing that 41,885 New Yorkers have left their homes to move to Florida. The report follows analysis of data from the Florida Department of Highway Safety and Motor Vehicles, showing the number of New York driver's licenses that have been exchanged for Florida driver's licenses.

Does Governor DeSantis really want to resolve the border crisis?. Governor Ron DeSantisGage Skidmore, United States of America, CC BY-SA 2.0 via Wikimedia Commons. On September 22, Democrat and U.S. Secretary for Transport - Pete Buttigieg - spoke at the Texas Tribune Festival, and among the many topics he addressed were the recent initiatives by Florida's Governor Ron DeSantis to fly 50 illegal immigrants from Venezuela, to Martha's Vineyard in Massachusetts.

Opinion: DeSantis Reelection Strategy Seems To Be About Pleasing Republicans Rather Than Convincing Democrats

Governor Ron DeSantisGage Skidmore from Surprise, AZ, United States of America, CC BY-SA 2.0 via Wikimedia Commons. The last few days has seen Florida's Governor Ron DeSantis proudly flying plane-loads of illegal immigrants to Martha's Vineyard, and touting his policies and priorities in states like Kansas and Wisconsin while offering his endorsement to other Republican candidates.

Rep. Matt Gaetz of FloridaGage Skidmore, United States of America, CC BY-SA 2.0 via Wikimedia Commons. On September 23, it was reported that Florida Republican Matt Gaetz may not be charged with human trafficking crimes. While a formal ruling is yet to be made, it has been suggested that there won't be formal charges filed.

Gov. Ron DeSantis on Sep 22Twitter of GovRonDeSantis. On September 22, Florida's Governor Ron DeSantis announced a combination of measures intended to prevent the influence of China and the Chinese Communist Party in Florida. The combined actions included an Executive Order (22-216) which stops government entities from procuring technology and services from governments controlled by the CCP.

A report from the Transport Security Administration published on September 22 has highlighted a "dangerous trend" being witnessed in Florida - the number of loaded handguns being found in carry-on luggage at Florida's airports is increasing drastically this year and will reach record numbers in 2022.

Switching allegiances or a decision based on issues?. Governor Ron DeSantisGage Skidmore, United States of America, CC BY-SA 2.0 via Wikimedia Commons. On September 20, the County Commissioner for Palm Beach County, Florida - David Kerner - offered his formal backing to the Republican Governor Ron DeSantis as he seeks reelection in forthcoming midterms. The key thing to note?

It has been a good year for Florida's Governor Ron DeSantis if you measure success by the amount of money his campaign has received from political donors. And the latest set of figures from organization OpenSecrets (which includes donations through September 9) show that he is now the most successful gubernatorial fundraiser in history, having received $177.4 million through September 9.

Ron DeSantis Extends Lead As the Likely Republican Presidential Candidate for 2024, According to Recent Poll of Voters

Meanwhile, his lead in midterm elections is fading. Ron DeSantisMatt Johnson, United States, CC BY 2.0 via Wikimedia Commons. The results of a poll carried out by USA Today and Suffolk University published on September 21 suggest that in a hypothetical Presidential Primary election, Ron DeSantis would claim 48% of the vote with former president Donald Trump receiving just 40%.

Governor Ron DeSantisGage Skidmore, United States of America, CC BY-SA 2.0 via Wikimedia Commons. On September 20, Florida's Governor Ron DeSantis took time out during an announcement of proposals for tax relief in 2023, to remind Floridians of new laws that came into effect in July of this year under the 'Stop WOKE' Act. The substance of his point was that schools will not be allowed to "twist" their teaching of history: