A frequent traveler who loves to explore local places across the globe and write about lifestyle, personal development & technology.

The winner took five months to claim the prize money 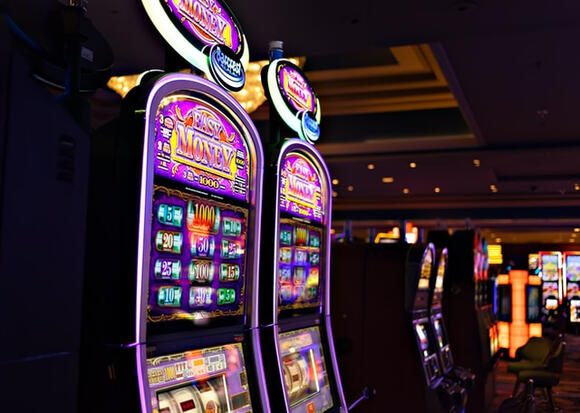 The biggest lottery win in South Carolina's history is $1.5B. The result of the lottery was announced in October 2018.

The holder of the jackpot-winning ticket was not known for the next five months. Finally, in March 2019, the winner came forward to claim their windfall.

The Mega Millions lottery winner had purchased the ticket from the KC Mart convenience store between October 20 and 23 in 2018.

“We are delighted that the winner is a South Carolinian and has come forward to claim this remarkable prize,” - Hogan Brown, the Lottery Commission’s Executive Director.

The winner did not want their identity to be shared with the public. Respecting the individual's wish, the lottery officials have not revealed the name of the lucky person.

The reward on the lottery ticket would have expired if the winner had not come out to claim their winning within six months of the prize declaration. 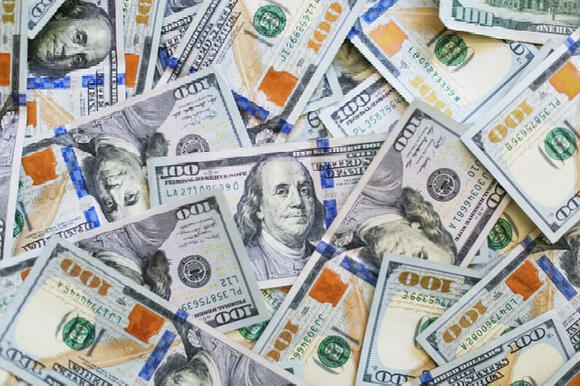 DollarsPhoto by Giorgio Trovato on Unsplash

According to the reports, the jackpot winner let a fellow shopper go in front of them to buy the Mega Millions lottery ticket. It was purely out of courtesy while they were standing in line at the convenience store in Simpsonville.

“A simple act of kindness led to an amazing outcome,” - The Commission

Prior to this lottery win, the highest prize in US history was of $1.585 billion Powerball prize. The lottery was declared in 2016, and the prize money was divided among buyers from three different states.

The current highest value win also made $61M for South Carolina in the form of tax on the prize money.

The KC Mart store that sold the ticket received $50,000 as commission for selling the bumper lottery ticket.

“It’s exciting. Good for me, good for him, her, whoever it is,” - Chirag Patel, owner of the convenience store.

Why did the winner take months to claim the prize money

There was a flurry of speculations on why the ticket has not been claimed for months.

There were theories of the winner being a criminal and did not want to get into background checks due to their lottery claim. There were even speculations about the winner being dead due to a heart attack seeing the colossal prize amount.

Some even doubted if the lottery win was real or, Mega Million just made it up to sell more tickets.

However, the lottery officials did not release any statement on the actual reason for the delayed claim.

A frequent traveler who loves to explore local places across the globe and write about lifestyle, personal development & technology.

Find out what is the stimulus amount and if you qualify for the check. Stimulus CashImage by Elliot Alderson from Pixabay. Gov. Gavin Newsom has now officially signed the budget deal of $100 billion on 12th July 2021. This money will help pay the stimulus check for eligible Californians.

The 5 best places to live in Fresno, CA

Fresno County now has more than 1 million people residing in its cities and suburbs. With the population growth, the challenge to find a good place to live also increases. Hence, if you are looking for a good place to live or are just curious to know, here are the five best places in Fresno.

5 memorable things to do in Los Angeles

Do these activities to carry the experience in your memory for a long time to come. Los Angeles is famous for its movie industry. But apart from that, it also has a beautiful coastline, excellent museums, happening event centers, and great theme parks.

3 exciting things to do in Los Angeles for free

Los Angeles has many great attractions that do not cost a dime to visit. There are several popular sights that allow free admission to its visitors. Now that the pandemic spread is subsiding and people can visit public spaces without many scares, here are three exciting things to do for free in Los Angeles.

3 best places to eat out in Los Angeles

Check out these restaurants to have a great food experience in post-pandemic Los Angeles. Los Angeles is opening up as the spread of pandemics is subsiding, and the vast majority of the population is vaccinated. Restaurants are now opening up their doors for dine-in services.

Highly infectious Delta variant is now a concern for California

The 5 best neighborhoods to live in Los Angeles, CA

Recently I published an article on the most dangerous neighborhoods in California's Los Angeles. Depending on the response to the article, I understand that my readers found it pretty helpful.

It is a story of patience and perseverance. A woman named Jacklyn Bornhop has been playing the Show Me Cash lottery every week with the exact same set of numbers for the last three years.

The 5 most dangerous neighborhoods in Detroit, MI

Detroit, the largest city in Michigan, has the nickname 'Motor City'. The city is historically famous for its automotive industry. Let's take a look at the top 5 most dangerous neighborhoods in Detroit, published by AreaVibes, to help you be aware of them.

The city of Los Angeles has many weird places to visit. If you are in the city and are in the mood for some serious fun, here is a list of the three weirdest places for you to check out.

Powerball's lottery of $1.58 billion is the largest jackpot in history

The chances of anyone winning the jackpot were 1 in 292.2 million. The largest-ever prize money given in the United States lottery is $1.58 billion. It is the highest jackpot win in the recorded history.

The 5 most dangerous neighborhoods in Columbus, OH

According to the federal report, Ohio's most populous city Columbus ranked 14th in violent crimes per capita. Columbus is a relatively less violent crime-prone city among other states in Ohio.

Maryland’s vaccination lottery drawing of a $400,000 grand prize is on July 4th. Maryland Lottery has started a daily lottery drawing for the people who are getting vaccinated against the Coronavirus. The total prize money for this event is set to $2,000,000.

The 5 most dangerous neighborhoods in Los Angeles, CA

In 2021, the rate at which violent crimes are happening in Los Angeles city has already outpaced itself from the recorded crime rate in previous years. This year, there is a 22% rise in the murder rate than in 2020, over the same period. Hence, it is wise to be aware of dangerous neighborhoods to keep yourself and your family safe and stay away from harm's path.

A 70-year-old woman from the state of Michigan has won a life-altering jackpot of $2 million. She won the prize by playing the Lucky 7's instant game from Michigan Lottery. She is a regular player of the $2,000,000 Lucky 7′s game. But, never before she had such good luck with the game.

The 5 most dangerous neighborhoods in Charlotte, NC

Big cities have a lot of good facilities to offer to their residents. But along with it, the chances of crime are also higher in these cities. Hence, doing your research to find a safe neighborhood for your family to live in is vital.

This summer prepare for mosquito season with these practical tips

South Carolina Department of Health and Environmental Control (DHEC) offers helpful tips to prevent mosquito bites. Summer is here in South Carolina, and with that, the activities of mosquitoes are going to rise as well. Even if they are not easily visible, they will make their presence felt with itchy bites.

You may want to try one before the nutty bugs disappear for another 17 years. Cicadas are getting all the buzz in the news for some time now. So, a restaurant in Dayton, Ohio named 'The Pizza Bandit' decided to put the buzzy insect on their pizza as a topping.

Bike TrailsImage by Fabricio Macedo FGMsp from Pixabay. South Carolina has fantastic bike trails across the state. Trail riders love to ride through these picturesque tracks throughout the years.