Our goal is to bring attractions to those at home. We cover many Florida area theme parks - Walt Disney World, Universal Orlando, Busch Gardens, SeaWorld and much more. Many can't afford trips around the globe to experience these attractions for themselves, so we do our best to bring them to you. Our platform helps bring accountability to the creators to put forth their best possible ideas and make it worth your money and time. 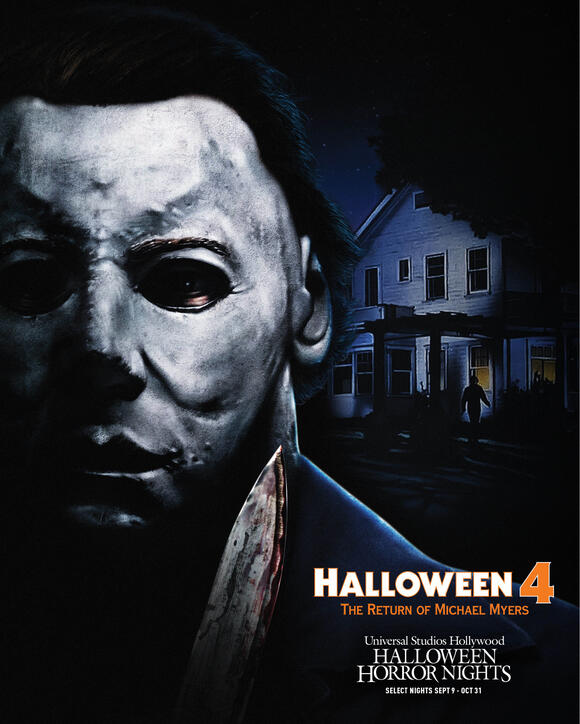 Universal Studios Hollywood unearths its remaining “Halloween Horror Nights” line-up with the return of the legendary “Terror Tram,” featuring “The Ultimate Purge” and frightening maze “Halloween 4: The Return of Michael Myers,” along with ticket sales for R.I.P. Tour and multi-night visits. “Halloween Horror Nights” kicks off on Thursday, September 9 and runs select nights through Sunday, October 31.

New ticket options, including the R.I.P. Tour, Ultimate Fear and Frequent Fear passes, provide a one-of-a-kind experience to this year’s most extreme and intensely immersive Halloween event as fans will be terrorized and entertained by new mazes, Terror Tram, scare zones, theme park attractions and a hip hop show.

Based on the successful Universal Pictures and Blumhouse Productions’ film franchise, “Terror Tram: The Ultimate Purge” takes guests on a nightmarish journey into the world of The Purge as they try to survive the night along the world-famous Universal backlot. The annual tradition of The Purge is a one-night event when all crime is legal; however, as the latest film The Forever Purge depicts, members of an underground movement believe that The Purge should be every day – and plan to overtake America through a relentless campaign of mayhem and massacre. Click here for a chilling first look at “Terror Tram: The Ultimate Purge.”

Guests will be stalked at every turn in the“Halloween 4: The Return of Michael Myers” maze, based on the classic slasher from Trancas International Films. With his haunting white mask and signature steel knife, the relentless Myers is ready to resume his killing spree and terrorize the people of Haddonfield as he hunts for his niece Jamie to finally seek his revenge. Click here for a terrifying preview of “Halloween 4: The Return of Michael Myers.”

“Halloween Horror Nights” at Universal Studios Hollywood brings together the sickest minds in horror to immerse guests in a living, breathing, three-dimensional world of terror inspired by TV and film’s most compelling horror properties.

· “The Haunting of Hill House,” based on Netflix’s critically-acclaimed supernatural thriller.

· “Universal Monsters: The Bride of Frankenstein Lives,” inspired by Universal Pictures’ cinematic monsters with an all-original story about one of the studio’s most infamous creatures. GRAMMY® Award-winning musician, SLASH collaborates with Universal Studios Hollywood to compose an original score for the maze and scare zone.

· “The Exorcist” maze will possess guests as they live the tormented aberrations experienced by Regan and her determined mother.

· “The Curse of Pandora’s Box” is an original concept maze inspired by the most fearsome creatures in Greek mythology.

All-new scare zones designed to taunt, terrorize and torment guests as they navigate the darkness from one frightening maze to another will come to life throughout the theme park with these chilling experiences:

In addition to the “Halloween Horror Nights” mazes, guests can also enjoy select theme park attractions that will be open during the run of event, including “Jurassic World—The Ride,” “Harry Potter and the Forbidden Journey,” “Flight of the Hippogriff,” “Revenge of The Mummy—The Ride,” “Transformers: The Ride—3D” and “The Simpsons Ride.”

Tickets are available at Hollywood.HalloweenHorrorNights.com, and those tickets purchased online provide guests early admission with entry beginning at 6:00 p.m. each night of “Halloween Horror Nights.”  Advance purchase is recommended as event nights are expected to sell out.

· Frequent Fear Pass: visit up to 26 select nights during the seasonal event

The event also comes to life at Universal Orlando Resort which celebrates 30 years of fear this year.

Our goal is to bring attractions to those at home. We cover many Florida area theme parks - Walt Disney World, Universal Orlando, Busch Gardens, SeaWorld and much more. Many can't afford trips around the globe to experience these attractions for themselves, so we do our best to bring them to you. Our platform helps bring accountability to the creators to put forth their best possible ideas and make it worth your money and time.

Wild Adventures Theme Park in Valdosta, Ga. is continuing to celebrate its 25th Anniversary Season with a special Homecoming this weekend honoring former employees with discounted admission and is now expanding that offer to all residents of Lowndes and its surrounding counties.

Well, the wait it over. Many have been awaiting this announcement. Since the shutdown in March 2020, both Disneyland and Walt Disney World stopped using their FastPass system. Disney Parks around the world have been introducing "Genie" and we've finally received word that it is here in the States. "Lightning Lane" - a new paid service will replace Disney's FastPass.

NBA Experience - Disney SpringsWalt Disney World. According to reporter Scott Gustin, the new NBA Experience at Disney Springs is permanently closed. Replacing the loved DisneyQuest in August of 2019, the NBA Experience had a rough time gaining traction in the short 7 months of opening. Disney brought in media teams to try and promote the grand opening, but the idea seemed to not grab the attention of the masses.

It's beginning to look a lot like “Disney Very Merriest After Hours.” Disney officially announced some merry details on this year's event at Walt Disney World's Magic Kingdom and we're stoked about it! The event will take place on select nights Nov. 8 through Dec. 21 from 9 p.m. to 1 a.m. This year’s holiday celebration will coincide with Walt Disney World 50th anniversary – “The World’s Most Magical Celebration.”

With summer coming to a close, we all start looking forward to the spooky season and Universal Orlando Resort is one step ahead of it! Opening the morning of Friday the 13th at Universal's Islands of Adventure is the all new "All Hallows Eve Boutique". Here you can experience Halloween season early by checking out the incredible displays, treats, and merchandise.

Superstitions aside, this Friday the 13th will be a very lucky day for fans of fear in Tampa Bay. As Howl-O-Scream, Tampa’s largest haunt event, prepares to open on September 10 for 28 select nights through October 31, Busch Gardens is unleashing a limited-time offer to secure event tickets for up to 75% off savings for only one day.

Wild Adventures Theme Park in Valdosta, Ga. is celebrating Hispanic and Latin American culture and cuisine during the seventh annual La Fiesta this weekend, August 14 and 15. “La Fiesta is back this year, and we can’t wait for our guests to experience traditional and contemporary music, dancing and food from throughout Mexico, Central America and South America,” said Adam Floyd, marketing communications manager.

The most notorious Halloween Horror Nights icons in Universal Orlando history will join forces to inflict unimaginable terror upon guests in the all-original haunted house – Halloween Horror Nights Icons: Captured. The sinister new experience will thrust guests where they’ll face The Caretaker, The Director, The Usher, The Storyteller, Jack the Clown, Chance and more as part of Halloween Horror Nights 2021, celebrating 30 years of fear select nights from September 3 through October 31.