The Tufts Daily is the entirely student-run newspaper of record at Tufts University in Medford, Mass. An editorially and financially independent organization, the Daily’s staff of more than 100 covers news, features, arts and sports on Tufts’ four campuses and in its host communities. The Daily’s editorial board and columnists provide opinions and commentary alongside op-eds submitted by readers and members of the Tufts community. In recent years, the Daily has also expanded into multimedia, including podcasts and videojournalism. Founded in 1980, the Daily publishes a print edition four days each week and a digital edition every weekday during the academic year. All of the Daily’s coverage can be found on its consistently updated website devoted to upholding its motto: “Where you read it first.”

Why streaming services need to evolve 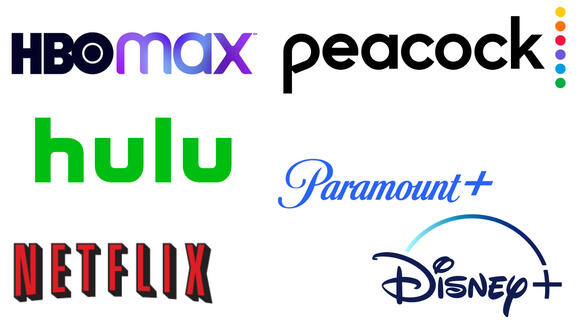 To say that the streaming market is becoming crowded is like saying legroom on an airplane is in short supply. It’s an obvious statement that anyone with a half-decent sense of perception could surmise, what with elder statesman Netflix and Hulu being horned in upon by pluck youngsters like Disney+, HBO Max, Peacock and Paramount+, all of which launched in the past two years. With so much content coming out in the middle of a pandemic, these services have seen great success with offerings like “WandaVision” (2021) and “Zack Snyder’s Justice League” (2021), which drew huge viewership on Disney+ and HBO Max, respectively. In fact, Anthony Mackie, star of the new Disney+ show “The Falcon and the Winter Soldier” (2021) said, “I just want to see somebody do an algorithm or figure out if we were in a movie theater how much money we would have made. Because I know it would’ve been more than Tom Holland as Spider-Man!” If true, this means that streaming services hold massive power over the future of Hollywood. The questions are as follows: How do they maintain this power (pandemic notwithstanding), and what will be their next move?

The key lies in the main appeal of a streaming service: convenience. The question has been asked countless times before: Why would a family of three spend money to see “Godzilla vs. Kong” (2021) in a theater when they could pay a monthly fee of $14.99 — undoubtedly less than at a theater — to watch it and hundreds more titles and series on HBO Max? Additionally, streaming services eliminate the “opportunity cost” of seeing a stinker of a film in theaters and having to demand your money back. Didn’t like “Godzilla vs. Kong”? That’s perfectly fine when streaming because you can turn it off and switch to any number of films or shows. Do you need another snack? You’ve curated the perfect selection in your fridge. Do you need to use the bathroom? Pause the entertainment.

This model proved successful for Netflix, so much so that it managed to kill off its video renting competitor, Blockbuster, and then mocked its demise by creating a Netflix original documentary all about it. This explains the proliferation of streaming services, as more and more media conglomerates see the success of Netflix (with its more than 73 million users in the United States alone) and decide they can cut out the middleman and release their content on their own services.

This should terrify any consummate consumer for two reasons: First, it should absolutely frighten you how many different properties each conglomerate owns; and second, this will no doubt be a model of diminishing returns. This concept was well put by “Burn Notice” (2007–13) star Bruce Campbell in a Reddit AMA where he said, “There’s 100 million TV channels out there now. There’s only six people watching each channel.” How many people will pay for a new streaming service? At what point will the content of each service be stretched so thin that the reboot of “Punky Brewster” (2021–) just won’t be enough to sway average Joe to put money down for a Peacock subscription?

What model might save streaming? In my opinion, focus. Take Shudder, a smaller streaming service that caters to a specific audience by specializing in thrillers and horror movies. If streaming services accept that they can’t be “catchalls,” then they may as well cultivate a loyal following and serve that niche as well as they can. Admittedly, this isn’t always a successful model. DC Universe, a streaming service based around DC Comics’ content was defunct as of January 2021. These problems, though, are for executives who are paid a lot of money to solve them.

Instead, we ought to demand more from our streaming, advocate for ourselves and demand that we be satisfied with what our monthly subscription fee grants us. I think I speak for everyone in saying we’d like to be funding more seasons of “Stranger Things” (2016–) and fewer seasons of “Punky Brewster.”

The Tufts Daily is the entirely student-run newspaper of record at Tufts University in Medford, Mass. An editorially and financially independent organization, the Daily’s staff of more than 100 covers news, features, arts and sports on Tufts’ four campuses and in its host communities. The Daily’s editorial board and columnists provide opinions and commentary alongside op-eds submitted by readers and members of the Tufts community. In recent years, the Daily has also expanded into multimedia, including podcasts and videojournalism. Founded in 1980, the Daily publishes a print edition four days each week and a digital edition every weekday during the academic year. All of the Daily’s coverage can be found on its consistently updated website devoted to upholding its motto: “Where you read it first.”

More from The Tufts Daily

Tufts first-year True Becker is pictured hanging from an obstacle during this season of "American Ninja Warrior."Courtesy True Becker. Standing atop the infamous 30-foot “Spider Trap,” incoming first-year True Becker hit his first-ever buzzer on “American Ninja Warrior” (ANW) Season 13 with Jumbo cheering him on from the sidelines. Becker, better known in the ANW community as “The True Ninja,” finished fourth during the second night of the semifinals with a time of 4:44.29. Additionally, he was one of three teenagers that made up the top four spots that night. This is the first season ANW has allowed younger athletes to compete.

A surge in demand to attend Tufts has led to the university's decision to house a portion of the first-year class in a nearby Hyatt hotel.Colton Wolk / The Tufts Daily. Tufts Office of Residential Life and Learning (ORLL) announced that approximately 100 first-year students will live at the Hyatt Place in Medford Square this year instead of typical first-year dorm-style housing.

Dean Qu to leave Tufts for Stevens Institute of Technology

More than 130 Tufts Dining workers are out of work for the summer. Their claims for unemployment benefits were denied by the Commonwealth.Evan Slack / The Tufts Daily Archives. More than 130 Tufts Dining workers ineligible for summer work at the university have been denied their unemployment benefits claims to the Commonwealth of Massachusetts, according to Tricia O’Brien, a service attendant and shop steward at Mugar Café.

Provost Aubry to step down in December

Nadine Aubry will step down from her role as Tufts' provost and senior vice president at the end of 2021 after her 15-month tenure.Courtesy Adam Glanzman / Northeastern University.

Students, who are required to be vaccinated against the virus, will receive a rapid antigen test upon arrival.Nicole Garay / The Tufts Daily. Tufts University will run in-person pre-orientation programs for incoming first-year students this fall, according to a series of announcements from university officials. They also announced several updates to the fall 2021 onboarding process for all students.

Dayna Cunningham, incoming dean of Tisch College, is pictured.Courtesy Robin Smyton. Dayna Cunningham has been appointed as the Jonathan M. Tisch College for Civic Life’s next dean, according to an email sent to the Tufts community on Monday by University President Anthony Monaco and Provost and Senior Vice President Nadine Aubry.

Students are pictured walking into the COVID-19 testing center.Ava Iannuccillo / The Tufts Daily. The Tufts administration announced a series of changes to its COVID-19 policies in an email sent to the Tufts community on Tuesday morning. It was signed by Michael Jordan, university infection control health director.

Yolanda Smith, Tufts' incoming executive director of public safety, is pictured.Courtesy Patrick Collins. Yolanda Smith will become Tufts University’s next executive director of public safety, according to an email sent to the Tufts community on Tuesday. The email was signed by Executive Vice President Michael Howard and Vice President for Operations Barbara Stein.

Members of SJP found the cannon vandalized with crude and vulgar images after they had painted it to mourn deceased Palestinians.Courtesy Tufts Students for Justice in Palestine.

Klos affirms Carmichael will remain buffet-style facility, no layoffs to be made

The top of Carmichael Hall is pictured on Jan. 23, 2021.Sophie Dolan / The Tufts Daily. Amid speculations about a potential transition to a retail, a la carte dining establishment, Patti Klos, director of Tufts Dining and Business Services, announced that Carmichael Dining Center will remain residential and buffet-style in the upcoming year. The transition to a gluten-, peanut- and tree-nut-free facility stands, Klos said.

The financial aid system is notoriously difficult to navigate. At Tufts, a school with one of the wealthiest student bodies in the country, this problem poses a particular threat to the equality of education and opportunities for students across campus.

Follies and funnies from a year of practice

Members of the Jumbo softball team, their mitts lined up against the fence, practice on April 10.Sophie Dolan / The Tufts Daily. The Tufts Daily Sports section typically uses the Commencement issue as an opportunity to reflect on Tufts’ top sports moments of the academic year. This year, most teams had their seasons canceled due to the pandemic but were still able to practice. And practice. And practice some more. So we’re recapping some of the funniest Tufts athletics practice moments of the 2020–21 academic year — the moments that provided teams and athletes some levity in a year defined by disappointment. As Allen Iverson infamously said, “We talkin’ about practice.”

6 Class of 2025 recruits look toward their futures at Tufts

Tufts mascot Jumbo the Elephant poses for a portrait on Jumbo Day in April 2018.Alexis Serino / The Tufts Daily Archives. While COVID-19 posed a significant threat to the Tufts Class of 2025 athletic recruits, six incoming student-athletes were able to make the most of the situation and land with the Jumbos.

The Brattle Theatre puts on its 8th Grrl Haus program

The Brattle Theatre, a repertory movie theater in Cambridge, is pictured.Via Wikimedia Commons. Despite temporarily closing its physical theater space near Harvard Square due to COVID-19, The Brattle Theatre has been keeping film fans entertained for the past year with virtual screenings of movie premieres and old favorites. Most recently, The Brattle offered viewers “Grrl Haus: Let’s Have a Party!,” an eight-day-long program featuring films and videos by female, nonbinary, transgender and genderqueer creators.

SMFA looks back on a year of anti-racism activism

The School of the Museum of Fine Arts is pictured beside an ivy-covered tree on March 21.Mina Terzioglu / The Tufts Daily. “Anti-Racism: A Year of Creative Activism at Tufts” highlighted initiatives that have sprung up across the university over the past year. It was sponsored by the Daynard Microgrant for Collaborations in Racial Justice at the School of the Museum of Fine Arts and brought together individuals from all corners of the Tufts community. The event, which took place on April 20 on Zoom, underscored the versatility of the anti-racism initiatives and the power that art has in society to actively fight against racism.