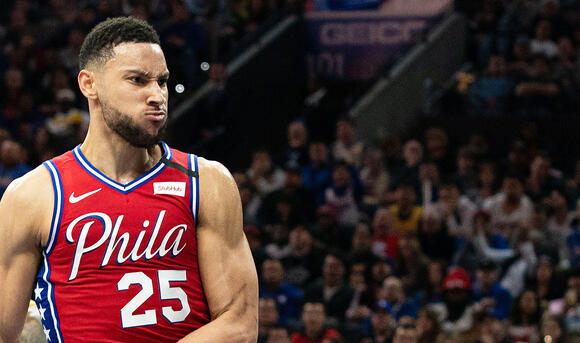 Read More: Be Careful What You Wish For >>

Although the situation may be a little bumpy, they expect Simmons to return to the team. The 76ers organization refuses to trade Ben Simmons in a deal that would drop them back in the standings. Right now, it doesn’t appear that they are getting viable offers.

Read an actual report about the Ben Simmons news here >>

What a big day for the brand. As I expected since the conclusion of last season, Simmons will be back with the Philadelphia 76ers. There are no viable deals. The 76ers refuse to trade him just to get rid of him. And now, we know that they have remained silent all offseason because the idiots in the national and local media spreading rumors mean absolutely nothing to the organization, players, and Ben Simmons.

Daryl Morey and the 76ers organization refused to bend the knee to Klutch Sports. That's probably the best news in this entire report. Get fucked, Rich Paul. Screw you, LeBron. We. Do. Not. Kneel.

Suck it up, social media. Ben Simmons has been working all offseason in the gym. He’s posting pictures all over social media. He’s partnering with charitable organizations in the Philadelphia area. He’s playing video games. He’s buying cars. Most importantly, he’s coming back to Philly on what will be the biggest revenge tour the world has ever seen.

Get ready for the “Imagine wanted to trade Ben Simmons” captioned tweets all season long as he dominates the league and shoots from all corners on the court. We are running it back. The 76ers are back. Order has been restored to the realm.