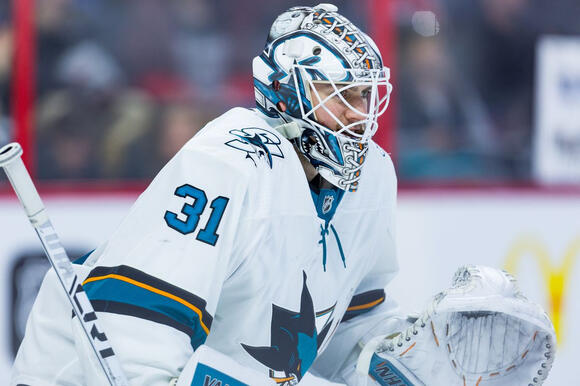 It was inevitable that the Flyers were going to sign a back-up goalie to take some of the load of Carter Hart, but I was definitely not expecting Martin Jones. During the Sharks deep playoff runs around 2016-17 Martin Jones was an animal and he almost backstopped them all the way to Stanley Cup... but he is not that guy anymore.

In fact, in each of his last three seasons, he has posted a .896 save percentage with his GAA (goals-against average) being over 3 every time. Chuck Fletcher appears to be taking yet another gamble with this latest signing as he's hoping for a bounce-back out of Jones. His role will be more limited since Carter Hart is at the top of the totem pole but as Brian Elliott showed us multiple times, a solid backup is so crucial in this league.

The Philadelphia Flyers cap space now rests at 8.81 million with multiple RFAs and a depth forward singing to come. Chuck may have something else up his sleeve as well, so it's going to be an entertaining rest of the week.