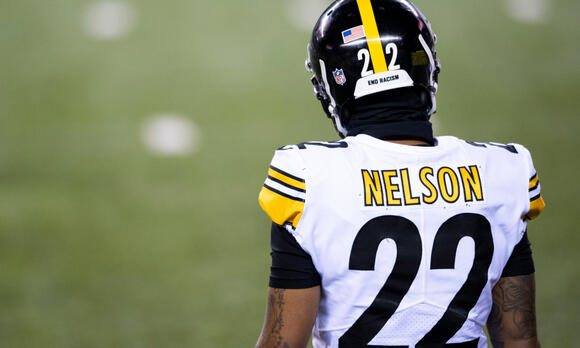 Steven Nelson is able to rock a single-digit uniform after the rule change that occurred this offseason. Several players across the NFL have switched to new numbers that were allowed following the rule change with more on the way next offseason. Alongside Nelson in the secondary, fellow Eagles cornerback Darius Slay will be wearing 2 this season for Philadelphia. Slay switched from 24 to 2 this offseason after Jalen Hurts changed his number from 2 to 1.

The Eagles desperately needed to address the position as they didn’t have much experience outside other than Darius Slay. Nelson’s two-year stint with Pittsburgh was a productive one, having 95 tackles, 17 passes defended, and 3 interceptions over that span. Nelson also excels in man coverage as he was one of the top-graded corners in that metric in 2019, allowing just 12 passes to be completed when asked to man up.

The 28-year-old has had a 78.1 PFF grade since 2019, ranking 11th amongst all cornerbacks. Philadelphia has bolstered the secondary nicely this offseason, signing top safety Anthony Harris back in March and forming a formidable CB duo in Steven Nelson and Darius Slay. With this move, it sure looks as though the Eagles expect to compete in 2021.