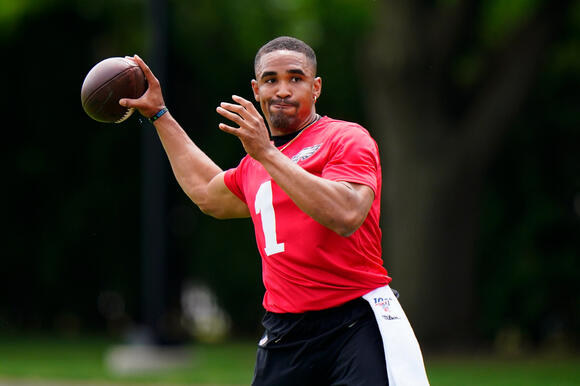 After starting with a 68 in last year’s Madden, Jalen Hurts will be a 71 overall to start in Madden 22. Compared to some of the other quarterbacks across the NFL, Hurts’ rating isn’t horrible. Sam Darnold of the Carolina Panthers is also a 71 alongside Patriots rookie Mac Jones. Former Eagles quarterback Carson Wentz isn’t much better, sitting at a 72 overall.

The other major rating released was Eagles rookie wideout, DeVonta Smith. Smith will be a 75 overall to start the season, which is par for the course for rookie receivers. Jaylen Waddle is only a 76, while Ja’Marr Chase is a 75 as well. The highest rookie rating is Kyle Pitts at an 81, while the number one pick Trevor Lawrence is a 78.

Philly's ratings have always been low in Madden, but it makes sense since the person in charge of overalls for Madden 22 is reportedly a Dallas Cowboys fan. For those upset, just manually change the overalls to how you see fit. Likely in the coming days more Eagles will be released, so stay tuned.