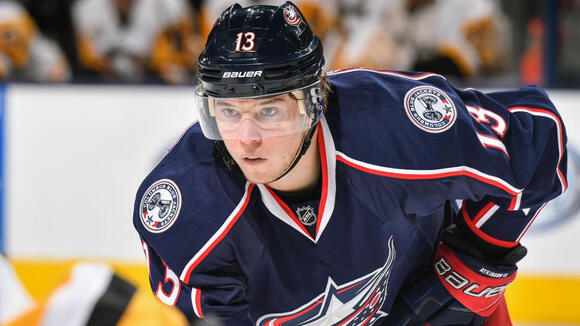 This is a deal was something that's been on the radar for a while now. Chuck Fletcher sat Jake down at times over the summer and a couple of times once the off-season hit, to let him now he'll be unprotected in the expansion draft and will be looked to be moved if not selected. Obviously, Jake wasn't selected by Seattle so Chuck has pivoted elsewhere and Jakes's old home in Columbus is apparently where he has landed.

Talk about a shake-up, a 1v1 trade for Fletcher. We've heard Chuck say multiple times over the off-season that he was looking to make a "hockey trade" and he finally did it. The end of an era for Jake Voracek in Philadelphia, 10th in Flyers history in points (604), it's sad seeing Jake go, he's been a huge part of this organization since coming over in that trade-in 2011 for Jeff Carter.

It'll be different not seeing #93 in orange & black but a culture shakeup was needed and bringing in Cam Atkinson certainly does that. Seeing a one-for-one trade like this with no salary retained is quite rare, adding onto the fact that this move was likely to get some different faces in the Flyers' locker room.

While all this was going down, the Flyers selected Samu Tuomaala from Karpat. Samu is a sharpshooter with a quick, deceptive release that helped in put up 15G-16A in 30 games this season. A shoot-first winger, I love the fact that Chuck is adding elite shooters in his last couple drafts.