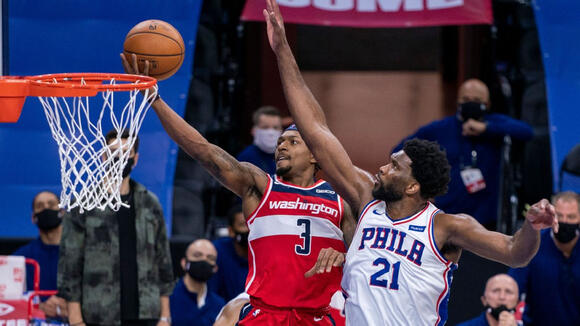 While Beal has yet to formally request a trade, Fischer said Bradley Beal knows he has to make a decision before the draft, and the situation is currently fluid. The main driving force behind leaving Washington would be to move to a contender, listing the 76ers, Heat, Celtics, and Warriors as teams Beal would welcome joining.

While the 76ers would obviously propose a massive package surrounding Ben Simmons, it’s likely they will have a lot of competition for Bradley Beal. Golden State would likely offer the 7th and 14th picks, James Wiseman, and several other picks. New Orleans could offer Brandon Ingram and the 10th pick, with almost every team in the league putting their own offers in.

Washington’s season ended this season when the 76ers eliminated them in the first round in five games. Daryl Morey was hired for situations like these, and 76ers fans can rest easy knowing he will do whatever it takes to try and acquire one of these stars to pair alongside Joel Embiid.