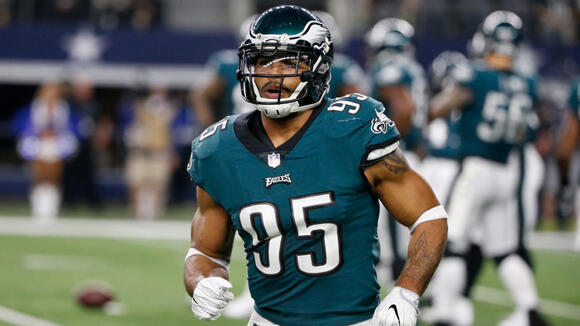 "I will continue to be a vocal example who will speak about being honest, being true, recognizing your wrongdoings and learning from those, such as I have, My lawyer told me not to say 'never.' But I can truly say that I never want to relive this again."

Mychal Kendricks spent six seasons with the Eagles, being drafted in the second round back in 2012. During his time in Philadelphia, he recorded over 400 tackles and 40 tackles for loss while being part of the 2017 Super Bowl squad. The following year Kendricks signed with the Cleveland Browns but was released before the start of the season due to his charges.

During the 2020 season, Mychal was part of the Seahawks and Washington Football Team’s practice squads. For the rest of the NFL, training camp is about to kick off in just a few days starting on July 27th. It's likely some teams will be interested in Mychal Kendricks but for now, he remains a free agent.