Josh Sweat shuts down rumors regarding his knee injury 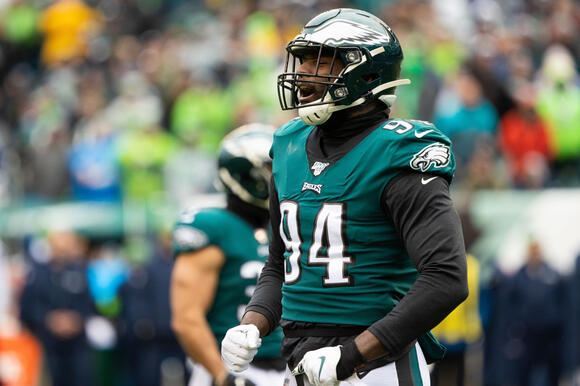 Josh Sweat is sick of the discussion regarding his knee. Ever since Sweat was drafted by the Eagles, nobody could stop talking about the several knee issues he had gone through early into his career. Since tearing his ACL in high school, analysts constantly debated how it will affect him going forward. Yesterday, Eagles writer Geoff Mosher tweeted about how he was uncertain regarding Sweat due to his several knee injuries, and Josh didn’t take it kindly.

Over the last several seasons, Josh Sweat has had almost no significant knee injuries. He did miss the end of the 2020 season, but that was due to a wrist injury and nothing lower body related. Back in 2018, he missed time with an ankle injury, and in 2019 missed a singular practice with a knee injury. The talk surrounding Sweat's knee is indeed ridiculous since nothing has happened with it for over three years.

With the departure of some key contributors on the defensive line alongside a new scheme, Josh Sweat is in a perfect situation to thrive. In 2020, Josh recorded six sacks in just 14 games, and the 24-year-old has a bright future ahead of him. For the Eagles, training camp kicks off in just a week, with the NFL season looming in the near future.