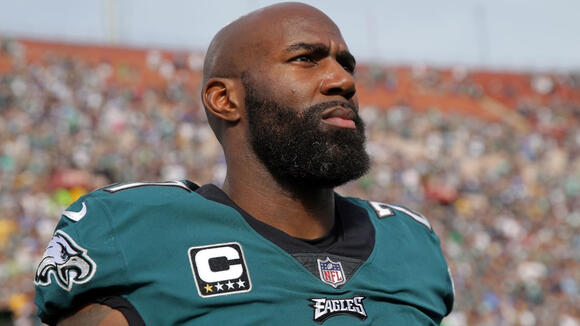 Even though he hasn’t been with the Eagles for over a year, Malcolm Jenkins has still been a massive part of the Philadelphia community. Jenkins works with focused Athletics, which is a non-profit that helps student-athletes get ready for college. When Ibrahim Diawara, a 16-year-old student-athlete from Boys Latin Charter School, needed a suit for a pre-college summer real estate program, Malcolm stepped in.

Focused Athletics was approached by Diawara and reached out to Jenkins to help out.

"I've worked with (Malcolm Jenkins) on multiple philanthropic things, so I was like, let me call Malcolm Jenkins. Malcolm answered instantly and said, 'Absolutely. I don't want a dollar. I want to donate this suit. I want this kid to have a great shot at this program,'" recalled Michelle Miller, a board member with Focused Athletics.

During his time with the Eagles, Jenkins was nominated for the Walter Payton Man of the Year award for his incredible charity work. Malcolm’s charity, The Malcolm Jenkins Foundation, provided more than $130,000 in scholarships to college-bound senior high school students in under-resourced communities when he was in Philadelphia.

They also provided thousands of people with necessary food and health products through his Get Ready Fests in Columbus and Philadelphia. When Ibrahim heard what Malcolm was doing for him, he was very grateful for the incredible gesture.

"I'm real grateful for it. "When he said he was getting me a suit, I was like 'really? a suit?' That's not chump change. That's something that's really going to stick with me. I’m going to remember this forever."

Jenkins will return to Philly later this year when the Saints travel to face Philadelphia on November 21st.