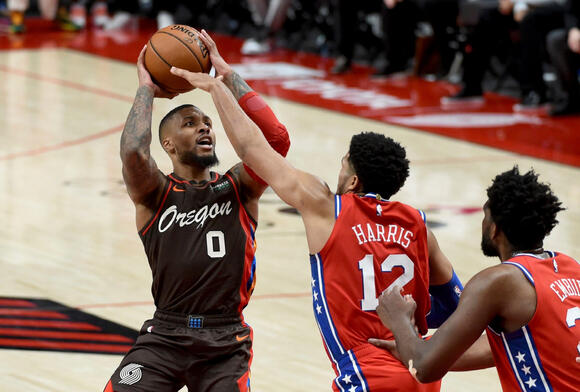 According to O’Connor, few teams expect Dame to be traded this offseason, but several franchises are still trying to make a deal happen. The most aggressive suitors for Damian Lillard have been the 76ers alongside the Sacramento Kings, New York Knicks, Miami Heat, and the Houston Rockets.

It comes as no shock that Philly is one of the top teams trying to make a deal happen but some of the teams listed are confusing. Both the Knicks and Heat are expected between their cap space and the several assets they can move. But Sacramento and Houston come as a surprise, with Sacramento nowhere near contention and Houston just beginning a rebuild.

If Portland moves Damian Lillard, the article states they will want more than the Rockets received for James Harden this past season. Lillard seems like the perfect fit for Philadelphia, but numerous analysts continue to shoehorn the idea of trading Ben Simmons for CJ McCollum. Moving Ben for CJ makes little sense, especially since McCollum will be 30 at the start of the season, and there is a significant drop-off in talent level.

On the chance that a trade were to happen anytime soon, it would likely be before the start of the 2021 NBA Draft, which kicks off in a little over a week. But with how these situations have panned out in years past, it’s very likely that Damian Lillard remains a Trail Blazer for a majority of the offseason and even part of next season.