Ben Simmons will not play for Australia in 2021 Summer Olympics 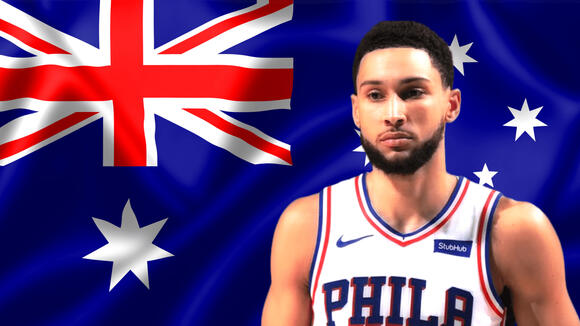 Sixers fans will not be seeing Ben Simmons on the court during this summer’s Olympics. Klutch CEO Rich Paul told ESPN that Simmons will not be playing alongside the Australian National Team to concentrate on his individual development. Ben isn’t the first All-Star to opt-out of Tokyo so far. MVP Nikola Jokic, Chris Paul, James Harden, and LeBron James are just some of the others to announce they will not be participating.

Back in February, Simmons was announced as a member of the Australian team alongside 76ers teammate Matisse Thybulle. The 2021 Olympics was going to be the first time that Ben was representing his native country on a worldwide stage. Thybulle is still expected to play, barring any changes. Former 76ers coach Brett Brown was the former coach of the Boomers but stepped down in October.

The absence of Ben Simmons isn’t shocking, but still a tough blow. Simmons needs to improve his game, and it might be better to be doing that behind closed doors instead of a competitive atmosphere in the national spotlight.

Thybulle will be joined by Patty Mills, Joe Ingles, and Aron Baynes as they hope to make a push against a formidable worldwide roster. If you wish to watch Thybulle this summer, Australia’s first preseason game will be on July 10th before facing the United States on the 12th and 14th. Hopefully, the extra time in the gym will better equip Ben Simmons for the 2021 season.